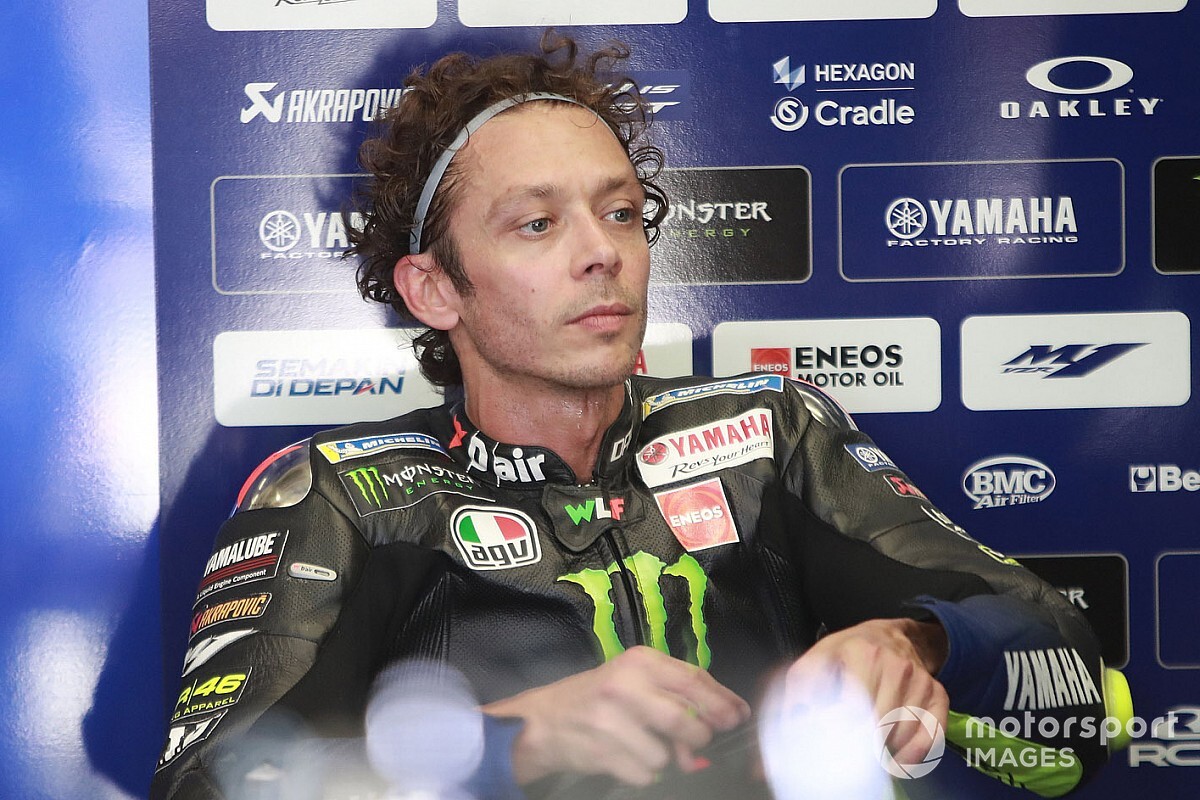 Yamaha’s Valentino Rossi has quashed rumours that he will be retiring from MotoGP at the end of the year, branding them “not true”.

Rossi is set to join Petronas Yamaha in 2021 alongside Franco Morbidelli, though a deal is yet to be agreed as details on who will form his crew are yet to be sorted between the Petronas team and Yamaha.

While it was thought an announcement could come ahead of his home San Marino Grand Prix this weekend, rumours started by Speedweek suggested Rossi was going to retire instead and outgoing Ducati rider Andrea Dovizioso would take the second Petronas spot.

Ahead of the first of two Misano races, Rossi categorically denied this rumour and expects an announcement on his new deal to come for the Catalan GP in two weeks’ time.

“No, it’s not true,” Rossi said of the rumours. “The situation is like two or three weeks ago.

“We take time with Yamaha because we are not in a hurry and we have something to fix.

“But we are very close to signing and I will race with Petronas [SRT] next year.

“I want to say 99% because it’s not signed. But I think that maybe in Barcelona we can give the announcement.”

Commenting further on these retirement rumours, Rossi believes they’ve only surfaced because it’s “big news” and “a lot of people will click to see” the story.

“What I think is that anyway my retirement is big news, no?,” he added.

“So, if on internet you write  ‘Valentino Rossi retires’, I think a lot of people will click to see, to read, a lot of MotoGP fans. I think it is for this reason.

“I don’t think it’s for any other reason because the situation doesn’t change and I tried to explain a lot of time that I will race also next year. But maybe it’s more interesting to say that I’ve retired.

This weekend’s San Marino GP will be the first to host fans in 2020, with organisers hoping for 10,000 spectators each day.

Rossi believes this will make his home race even more “special”, and says fans returning to racing is a “small step” to normality amidst the COVID-19 pandemic.

“it’s always special racing in Misano because for a lot of riders and me it’s really the home grand prix because I live 10km from here,” he added.

“I grew up on this track. Also the track changed a lot, but…. will be special also because first race with fans around.

“I think it’s a small step, but it’s in a good way to come back to normality as soon as possible.”