Valentino Rossi has questioned the level of "respect" some riders on the current MotoGP grid have for their rivals, following a clash with Brad Binder in the Qatar Grand Prix.

By:
Lewis Duncan
Co-author:
Matteo Nugnes
Listen to this article

The Petronas SRT rider was nudged slightly wide by Binder in the latter stages of last Sunday's 2021 season-opener at Turn 1 – though Rossi ended up two spots ahead of the KTM in 12th at the chequered flag.

The incident required no intervention from Race Direction, while Binder doesn't believe there was any contact.

"So, it was a bit tight but no contact. It was clean enough."

Asked about the incident and whether the respect for rivals in the mid-pack has changed over the years ahead of this weekend's Doha GP in Qatar, Rossi took a dig at Binder – and others like him – for 'not caring about their rivals' in races.

"You have some other riders like Binder, who ride a lot harder and don't care about the rival. 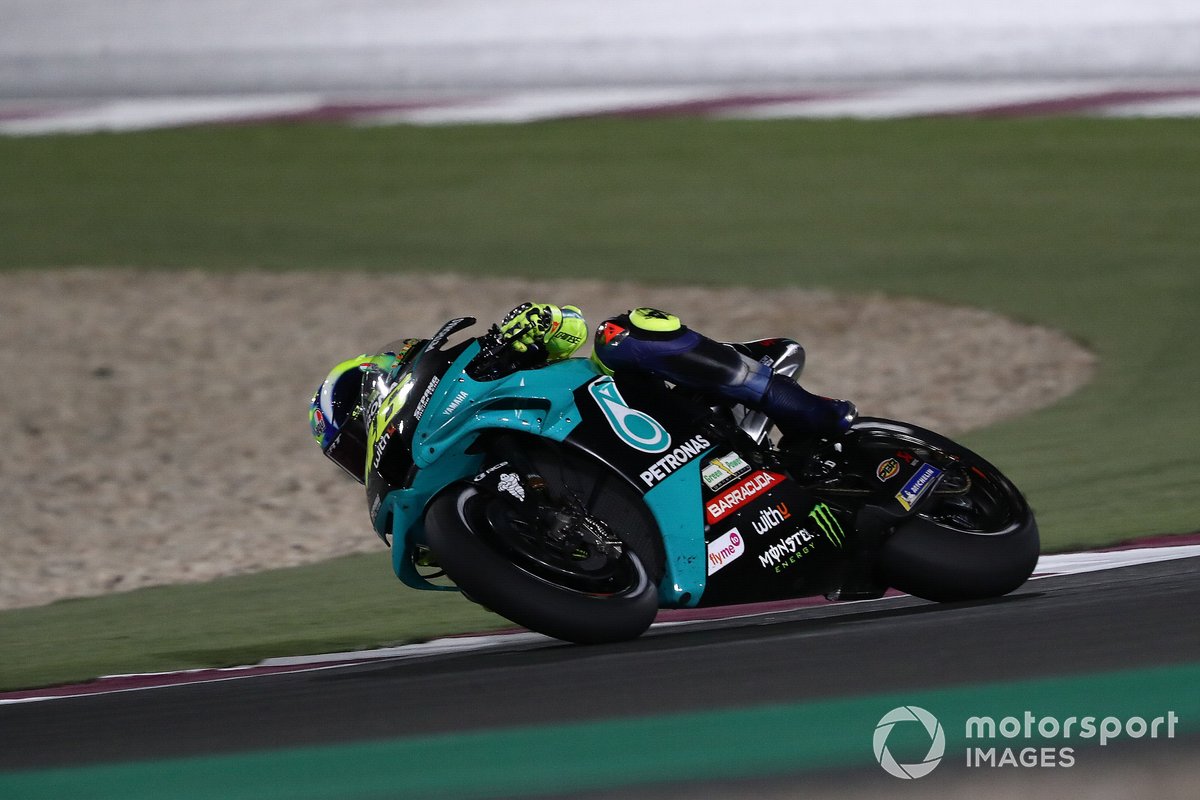 "So, if you try to close the line he releases the brake, and if you don't move he hits you out of the track. But it's like this, now it's like this.

"Maybe in this case the word respect is too big, but it's difficult to understand the limit because usually in the past sometimes you touch another rider but you didn't try to touch.

"But now, some riders think just about their race and not the other ones."

Over Rossi's 26-season career in grand prix racing he has had many public falling outs with rivals.

Asked why this doesn't occur in modern day MotoGP so much anymore, Rossi noted the level of interest on a rider during a race weekend mean any controversies can "wear you down for a few weeks".

"I've experienced it myself, because I've been racing for so long," he said. "Now the situation has changed, there are a lot more cameras, a lot more pressure from the outside and you can't behave like that anymore, because if you do something sincere like in the 90s, controversies start that wear you down for a few weeks.

"You have to be – or pretend to be – politically correct, because that's the way the world goes. Or you can be smarter, but I'm afraid the old days will never come back."

Morbidelli: No clear cause of Qatar MotoGP woes found