Yamaha boss Lin Jarvis says Valentino Rossi’s 2021 MotoGP deal with the manufacturer and Petronas took six months to finalise as the Italian is “not a normal rider”. 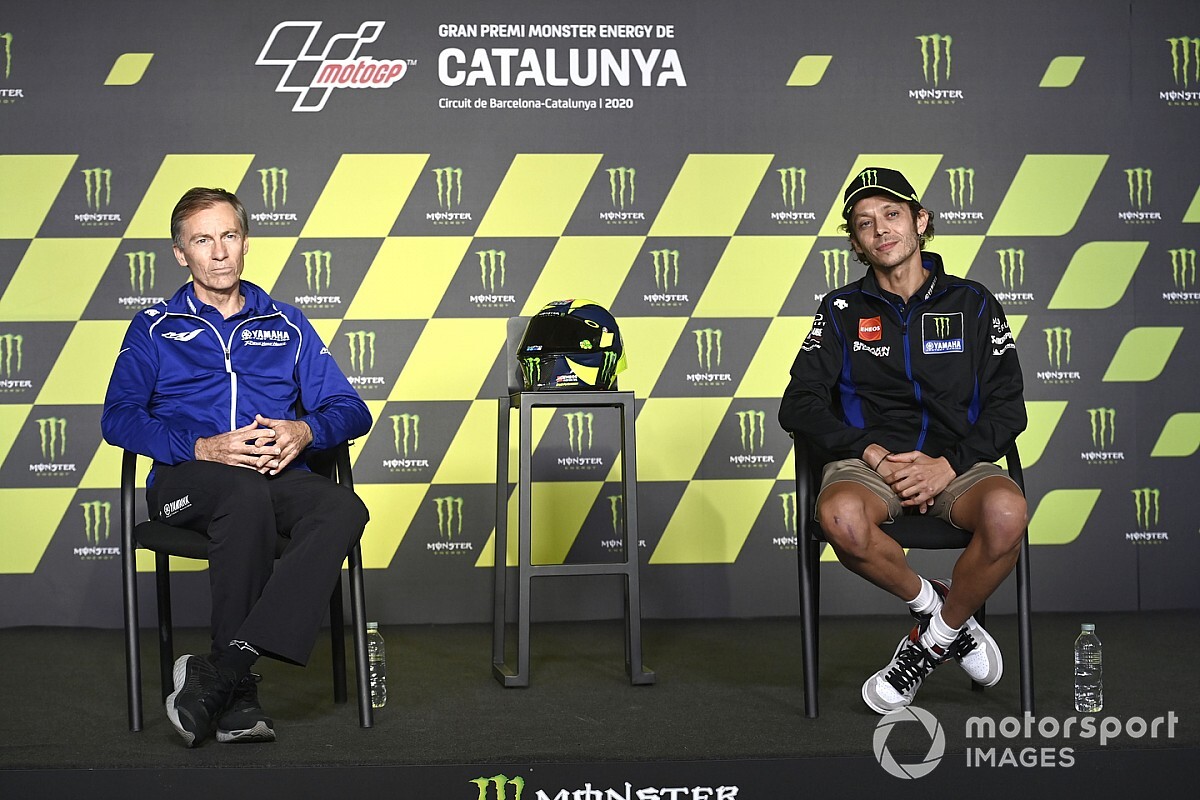 Rossi’s one-year extension with Yamaha, which will seem him placed at the satellite Sepang Racing Team next year with full factory support was officially announced on Saturday at the Catalan Grand Prix.

The nine-time grand prix world champion signed the deal on Saturday having said as far back as July’s Spanish GP that he was almost certain to extend his MotoGP career with Petronas.

Delays in signing the contract were thought to relate to the make-up of Rossi’s crew for 2021, with the Italian confirming crew chief David Munoz, data analyst Matteo Flamigni and rider coach Idalio Gavira will join him at Petronas.

Speaking to MotoGP’s world feed during FP4, Jarvis explained the protracted talks were down to a number of reasons which needed ‘precision’ to finalise.

“Obviously today we signed Valentino as a factory rider again for 2021,” Jarvis said.

“So, factory rider meaning he has a contract with Yamaha Motor Company, and he’ll get full support from us, he’ll get a factory bike and will be followed carefully and closely.

“So, I don’t think he will suffer anything from the technical side.

“So, really happy to get this deal done. It’s taken probably six months. It’s funny because I see the contract and it’s quite small, our contract, because it’s an extension of the contract we have.

“But to arrive at that point has taken six months. It’s complicated because we’re a Japanese company, but putting a deal together with a Malaysian team, and with Italians. And you’ve got an English guy trying to pull it all together.

“So, we didn’t really find any difficulties along the way, but it’s complicated because he’s not a normal rider. A normal rider can do deals very, quickly.

“But when you have somebody like Valentino Rossi, you have to be very precise with the technical support, with the team personnel, with the image rights, every aspect.

“And these things take time if you want to do them well. We arrived at the goal and I’m very happy.”

Rossi’s deal is only for one year, rather than the 1+1 he was expected to sign, which Jarvis claims was down to Yamaha having not finalised its agreement with Dorna Sports to continue in MotoGP beyond 2021.

This is, of course, an unlikely scenario given both Maverick Vinales and Fabio Quartararo are contracted to Yamaha through 2022.

“So, each of the manufacturers you sign a contract for five years. That term comes up in ’21.

"Now I have no doubt personally that we’ll be here from ’22 to ’26, but I don’t have a contract. So, I can’t guarantee in a contract ‘we’ll give you this next year’.

“So that’s the main reason, and also Valentino wants to see if he’s competitive every year, the same as this year he wanted to do several races and judge his position.

“So, frankly, in our agreement we have something that is very, very clear that says that we have the intention to discuss for a potential extension in the middle of next season. One year doesn’t only mean one year.”