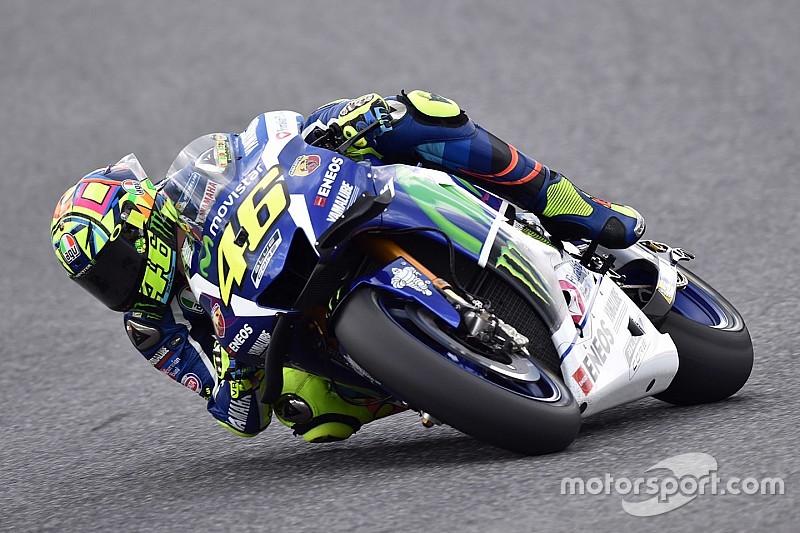 Valentino Rossi says he needs more time to find the perfect balance for his Yamaha MotoGP bike around Mugello after losing one of Friday’s practice sessions to poor weather.

Rossi was among those to not set a laptime in a damp FP1, although he did make use of the time to practice his starts from the pitlane.

The Italian ended up sixth quickest in a dry second session, 0.644s behind pacesetter Andrea Iannone but less than two tenths behind Yamaha teammate Jorge Lorenzo.

“Unfortunately, we are not okay with the balance,” Rossi told media on Friday. "We need some more time, so we wait for tomorrow morning to try something different.

“The good thing is that, even though I’m in sixth position, the distance to second is small because Iannone did a very good laptime.

“But at the same time the first 10 are very close so we need to try and improve, especially in the second part of the track.”

Elaborating on his struggles, Rossi explained that a lack of rear grip in the last two sectors, especially the final corner, was the main thing hold him back.

“Where I suffered more was sector four but also sector 3, after the two Arrabbiata [turns],” explained the 37-year-old.

“I’m not very good because I don’t feel at the maximum with the bike, and also the last section I’ve never been fantastic there all my career.

“I don’t have enough rear grip, I have to wait too much to open the throttle, especially exiting the last corner. We need to improve the feeling to be able to push at the limit.”