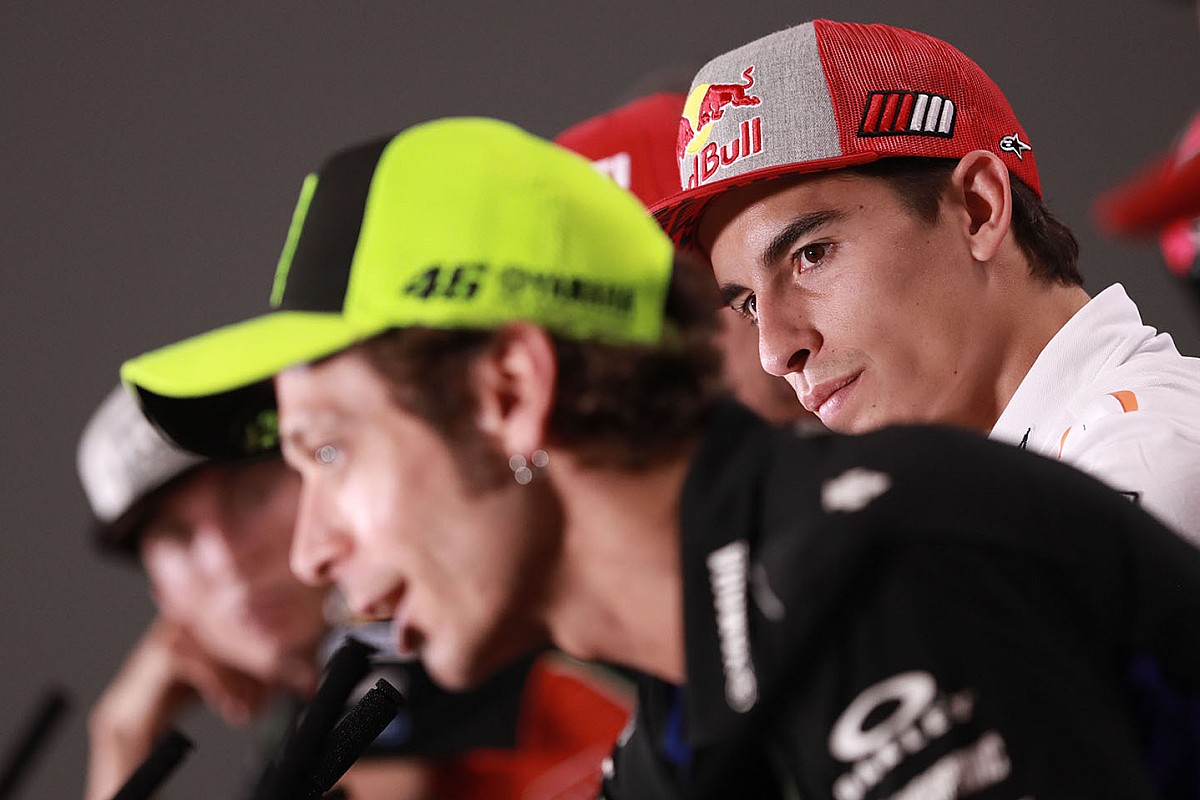 MotoGP legend Valentino Rossi has admitted his arch-rival Marc Marquez has put together a season "close to perfect" in 2019, as the Spaniard nears a sixth premier-class title.

Marquez only needs 27 points from the five remaining races to put the championship out of reach for his only remaining mathematical rival Andrea Dovizioso.

The Honda rider will win the title this weekend at Buriram if he outscores Dovizioso by two points.

Apart from the third race of the campaign in Austin, in which he crashed out while in a commanding lead, Marquez has not finished outside of the top two in the other 13 races of the campaign so far.

This had led him to compare his current campaign with the 2014 season, in which he took 10 victories in a row.

"Like Marc said, I think this one is his best season in MotoGP together with 2014," seven-time champion Rossi said ahead of the Thai Grand Prix.

"Already from the first season he was very fast, but now he's in the moment of his career where he's still very young, but also he has a lot of experience, so he reaches the top level.

"And after that the thing is the marriage, the feeling with the bike. Because some years the bike is better, some years is worse, sometimes you have more problems, sometimes less.

"He wins a lot of races but he arrives always in the top two, except for one time in Austin that maybe he did a mistake for a problem with the bike also.

"So I think this is very close to the perfect season."

Despite flashpoints in their rivalry throughout the years - most recently in Misano, where Marquez felt he had a qualifying lap unduly compromised by a lunging Rossi - the Italian said he would have no issue congratulating Marquez on the title.

Asked by Motorsport.com whether he himself felt like he was putting together a near-perfect campaign, Marquez said: "Of course it's one of my best seasons.

"And yeah, it's not perfect because it [a perfect season] doesn't exist, but it's true that apart of Austin in the other racetracks I have been very very happy with how we work with the bike in the team, how the team was focused.

"Especially I concentrate more on our weak points and on our weak tracks, and there is where we finish second sometimes, some races, but it's not the same [to] finish second five-six seconds behind the top guy than just one tenth [behind]."