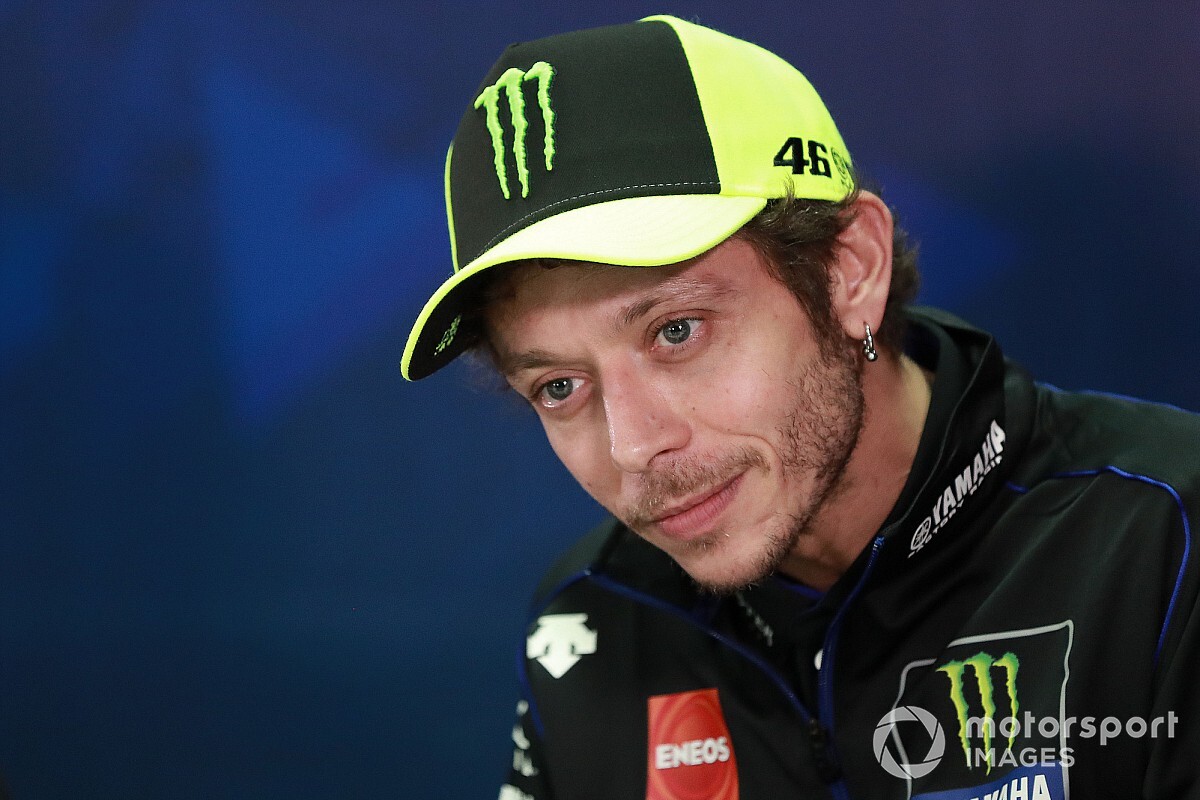 Valentino Rossi admits the coronavirus lockdown of the past two months has given him a more relaxed perspective on retirement as he continues to deliberate his MotoGP future beyond 2020.

The 41-year-old nine-time grand prix motorcycle world champion has lost his place at the works Yamaha squad for 2021 to last year's rookie sensation Fabio Quartararo, and is in discussions with the Iwata marque over a move to the Petronas SRT satellite outfit.

Comments in recent weeks from Rossi have indicated he is heading towards staying in MotoGP for at least one more year, though the Italian insists he doesn’t have a “clear deadline” to make his decision.

Though he admits the day he decides to stop will be “a very sad day for me personally”, Rossi concedes that his time at home with his family during this lockdown period and living without the “constant pressure” of racing has made him realise he will be able to “enjoy” retirement when it comes.

Speaking to BT Sport for its Greatest Years series, Rossi said: “I have to be sincere, I’ve had a great lockdown. I had a good time, because I stayed in my house and relaxed with my mum, with my girlfriend, with my animals, and I had a good time.

“For me, it was very strange because [it’s been] from 1995 that my life is [travelling] around the world to the circuits. It’s a strange feeling in the beginning, but I like a lot being in my house and especially living without constant pressure of the result of the races.

“This is the good feeling, I can figure out a little bit my future life when I stop bike racing. So I think I can enjoy also when I stop. So, this is good and I can take my decision more easily.”

Last weekend marked the original date of the Italian Grand Prix at Mugello, by which time Rossi had originally planned to have made his decision on his future having assessed his performance in the early races of the now-delayed 2020 season.

Commenting on his potential future with Petronas, Rossi insists his 2021 won’t be a “farewell tour” should he decide to carry on.

“I’m very happy about my chance with the Petronas team, because for sure it’s not a factory team, but it’s a great team, a very high level technically and personally, it has a lot of young guys that work there and they did a fantastic job with Quartararo and [Franco] Morbidelli,” he added.

“I don’t want to make a farewell tour. I read in the newspaper this word, the ‘farewell tour’. No. I will go to Petronas just if I think I can be competitive, I can win races, I can try to fight for the podium.

Watch MotoGP: The Greatest Years live on Sunday at 10am on BT Sport 1.