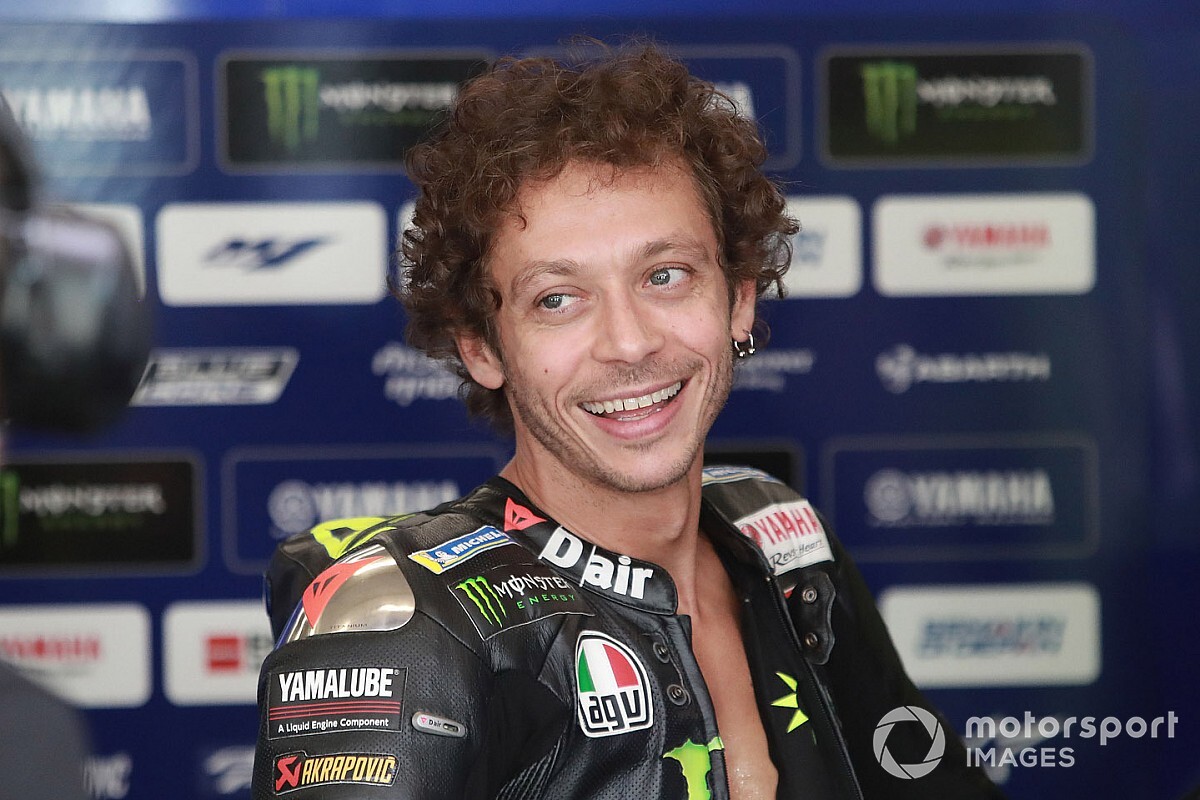 Valentino Rossi believes KTM “can fight for the championship for sure” in 2020 a week after Brad Binder too the marque’s maiden MotoGP victory at the Czech Grand Prix.

Rookie Binder guided his RC16 to a dominant 5.2-second win at Brno last Sunday to score his and KTM’s first victory just four years into the marque’s tenure in the MotoGP World Championship.

Binder’s win moves him into fifth in the standings, 31 points adrift of Fabio Quartararo, while KTM sits second in the manufacturers’ table, 26 down on Yamaha.

When asked if he thought KTM could be genuine title contenders in an odd year in MotoGP - in which reigning champion Marc Marquez is currently out injured and the shorter calendar features multiple events at the same circuit - Rossi believes the strength of its line-up makes it a threat.

“Yes, I think why not, because their improvement compared to last year is impressive and KTM has put a big effort into its MotoGP programme,” Rossi said.

“Already at Jerez they were competitive and at Brno I think that without the crash of Pol [Espargaro] they could have arrived first and second.

“They are very strong, maybe they are the favourite here [at Red Bull Ring] because already last year for example Miguel [Oliveira] did a very good race.

“They have a minimum of three riders that are in great shape and ride strong. So, they can fight for the championship for sure.”

Current points leader Quartararo says the next four races being double-headers at Red Bull Ring and at Misano, where KTM has had recent test experience with its race riders, puts the Austrian marque in a strong position.

“Yeah, of course,” he said when asked if KTM are title contenders.

“I think, first of all from... not only from Brad’s win, but Miguel in Jerez was fifth on the grid, he was really fast and then I think they also have some tests here in Austria where we have two races.

“Then also in Misano [they tested] where we have two races.

“So, first of all I think the bike is going really well, but also the next four races they have already some laps with the new bike and I think the potential of the riders is really high.

“So, I think they will fight for really good position in the championship and all the next races.”