Valentino Rossi says his final outing with the factory Yamaha MotoGP squad in the Portuguese Grand Prix was "an emotional moment".

Nine-time grand prix world champion Rossi has spent 15 years of his career with the works Yamaha squad, first joining it in 2004 and returning in 2013 following a disastrous two-season stint with Ducati in 2011 and 2012.

Winning four of his titles with the factory Yamaha team and 56 grands prix in the premier class, Rossi's final outing before switching to Petronas SRT in 2021 yielded a 12th place finish.

His final campaign, blighted by missing two races due to a positive COVID-19 test, yielded a single podium at Jerez, as he ended the season 15th in the standings.

When asked what he will miss most about his team, Rossi said: "People. I think the technical situation doesn't change a lot, but 15 years of my career and of my life, I have a lot of friends in the team, a lot of good relationships, especially the human side.

"I think anyway the rest doesn't change a lot.

"Today was an emotional moment when I came back to the pits, especially because the story is finished not just with the team but with some very important people of my box, like Alex Briggs, Brent [Stevens], a lot of people.

"So, [it] was good to come back in the box because was an emotional moment." 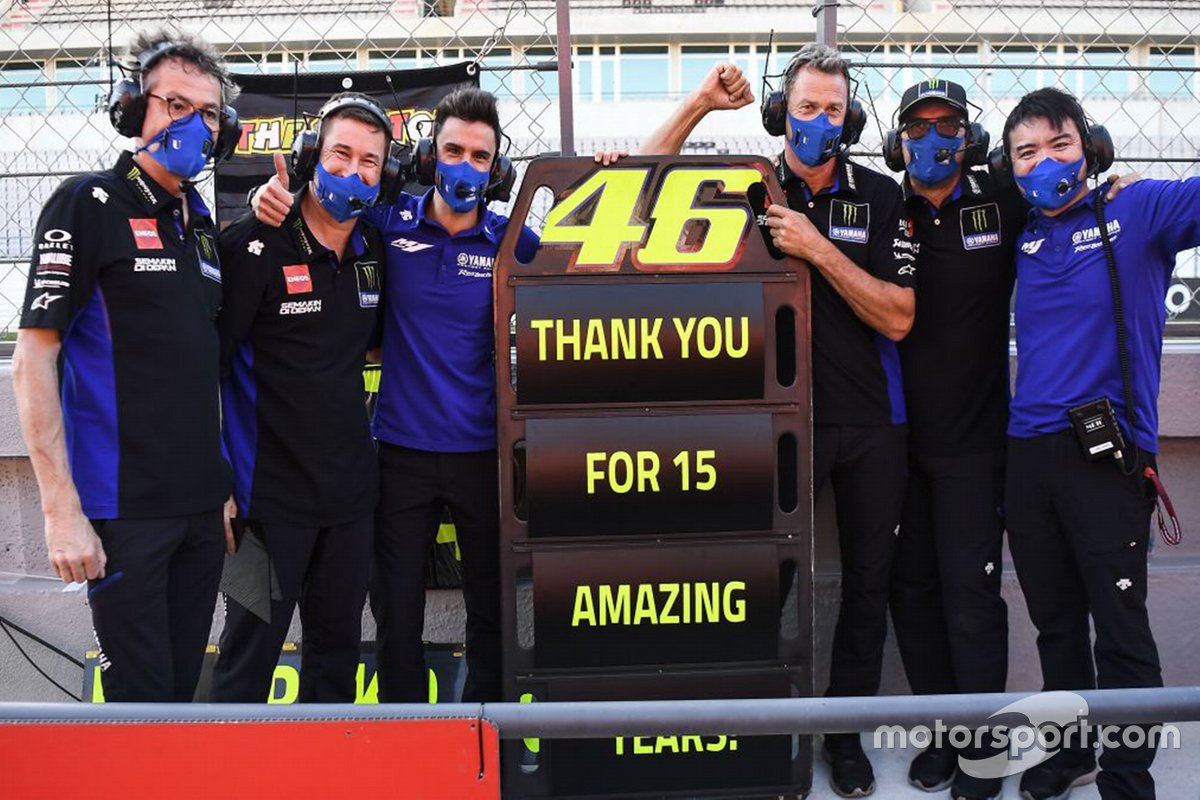 Rossi will only take three members of his current team - crew chief David Munoz, data engineer Matteo Flamigni and rider coach Idalio Gavira - with him to SRT next year.

Looking ahead to next season, Rossi admits he has a lot to work on as a rider - particularly qualifying - while also pressing Yamaha to improve on its troubled 2020 challenger.

"I have to work a lot on myself, we have to improve some areas like the qualifying, which now is so important," Rossi added.

"And also we will push as always on Yamaha to try to make a good job during the winter to try to improve some areas, because in the last years we were strong at the beginning of the season but after we struggled compared to our competitors in the second half because they were able to fix all the new things.

"And in the end with Yamaha, the end of the season is not easy.

"So, next year will be a hard challenge, we need to arrive ready from the first race."