Petronas SRT’s Valentino Rossi says he doesn’t like flag-to-flag MotoGP races like Sunday’s French Grand Prix at Le Mans because “they are more dangerous” than normal ones.

Sunday’s 27-lap Le Mans race started off in dry conditions but the field was forced to change to their wet bikes at the end of the fifth tour due to worsening weather conditions.

The slick running on a wet track before the stop caught out a number of riders, with Suzuki’s Joan Mir crashing and eventual winner Jack Miller running off track at the Blue esses when he locked up both tyres.

“Sometimes we have to go with the slick tyre on the wet, or the opposite. 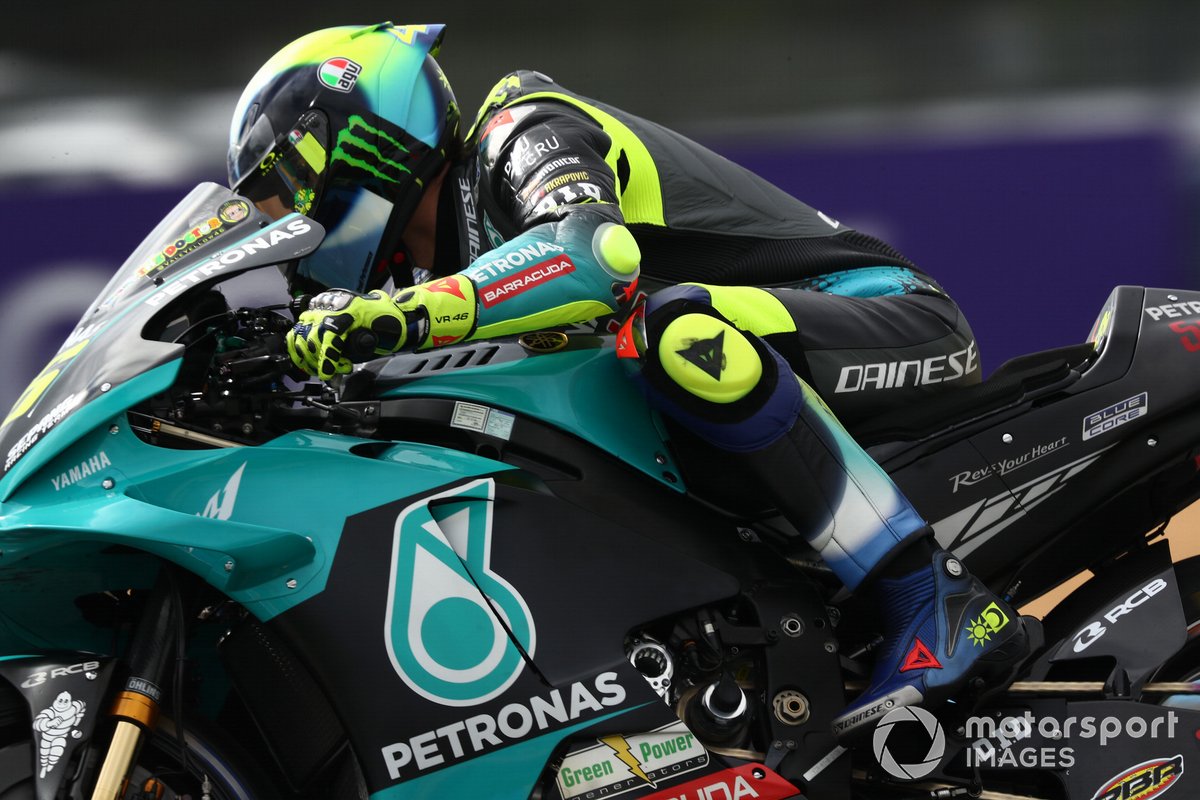 Rossi showed good form in fully wet conditions in Sunday’s warm-up session and in general was enjoying a better weekend at Le Mans having made gains with his Yamaha at the post-race Jerez test two weeks ago.

Ultimately finishing the Le Mans race down in 11th as the Yamaha’s usual traction issues in drying conditions appeared, Rossi feels in either fully wet or dry conditions he could have fought for the top 10.

“The mixed conditions for us was a big shame because I was strong in the wet,” he added.

“The morning was a good warm-up, I was fast in the full wet.

“My pace was not so bad in the dry, so I could do a good race. At the end it’s a shame, we could do a bit better.

“I think we can also start with the medium rain tyre instead of the soft, but sincerely we expected the rain a lot later.

“The result is nothing special, but it remains a better weekend where we confirmed the improving in the test in Jerez.

Rins critical of his “stupid mistakes” in MotoGP 2021