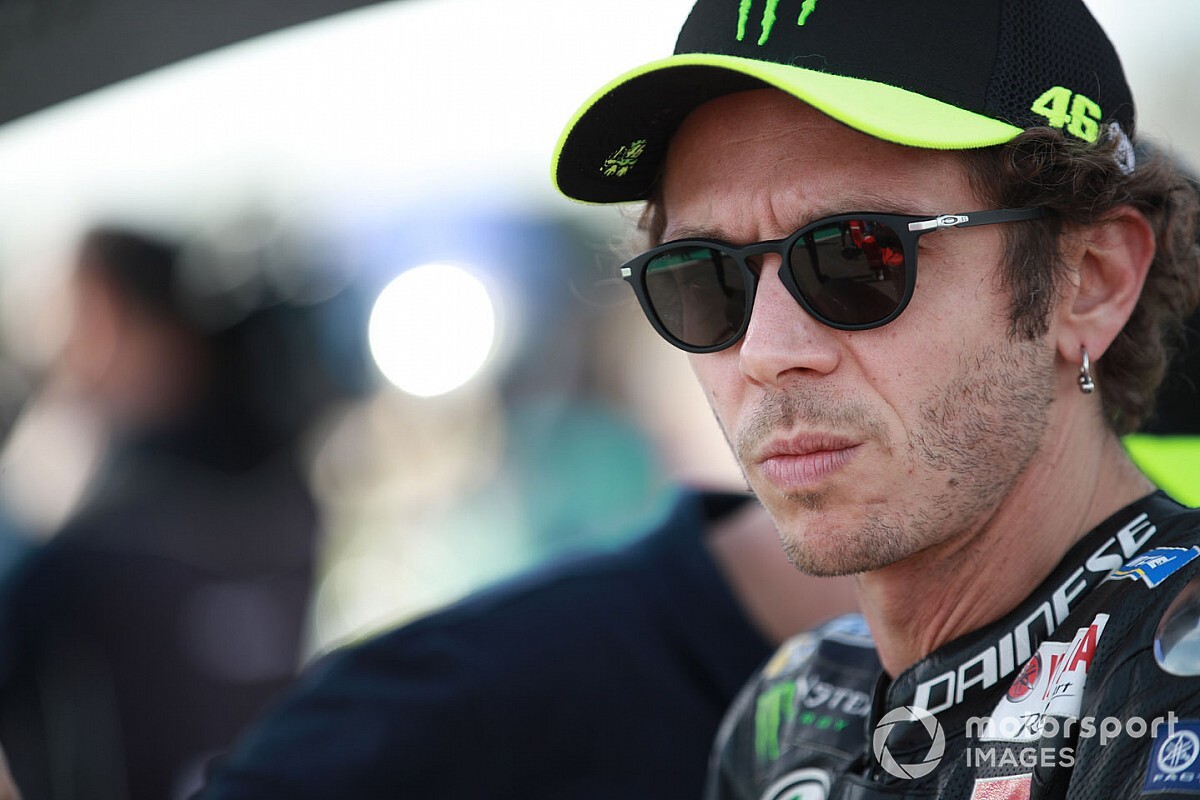 Rossi was forced to miss the Aragon double-header in October when he caught the virus between the French and Aragon Grands Prix.

The Yamaha rider tested positive for the virus last Tuesday at home, but another test on the Thursday cleared him to head to Valencia where he underwent another PCR test.

Passing this on the Friday of the European GP, Rossi was able to take part from Saturday onwards, having been replaced by American World Superbike rider Garrett Gerloff for the first two practice sessions.

Rossi’s race ended after only five laps due to a mechanical issue, meaning he hasn’t seen a chequered flag since the Emilia Romagna GP.

And his participation in this weekend’s Valencia GP is now in doubt after testing positive for COVID-19 on Tuesday, Motorsport.com has learned.

Rossi will need to undergo another test to determine wither he will miss this weekend's race.

With the final round of the 2020 season coming up in just over a week’s time in Portugal, Rossi could well miss his final race as a factory Yamaha team rider.

Rossi’s latest positive tests raises questions about the PCR tests he passed last week, particularly on Friday before being allowed to enter the Ricardo Tormo Circuit, and whether he was still positive without knowing it or has been reinfected since Saturday.

While scientists are still discovering how the virus works, cases of reinfection have been reported throughout the world in recent months.

Five members of Yamaha have been forced into quarantine since last weekend when one of Maverick Vinales’ crew tested positive for COVID-19.

This follows on from six Yamaha team members being forced to isolate ahead of the French GP when one member tested positive for the virus.

Yamaha named Gerloff as Rossi's his official standby replacement for the European GP, and the American will remain ready to take over should Rossi test positive once more.

However, if Rossi has tested positive a second time, then more members of Yamaha may be forced into isolation, depleting its track numbers further.

Update: Valentino Rossi has since been cleared to race in the Valencia GP after returning two negative COVID-19 tests.

Rossi explains why he thinks Suzuki is so strong in 2020