Gerloff to ride in place of Rossi on Friday at Valencia

World Superbike rider Garrett Gerloff will ride in place of Valentino Rossi on Friday at the MotoGP European Grand Prix as the latter awaits the results of a COVID test.

Yamaha confirmed on Thursday Rossi tested negative for COVID-19 at home in Italy and was able to travel to Valencia, where he had to undergo another PCR test before being allowed to enter the Ricardo Tormo Circuit.

Rossi had that test this morning, with a result expected this evening. Should he test negative again, Rossi will return to action on Saturday morning in FP3.

On Wednesday Yamaha announced Gerloff as its standby replacement should Rossi not be able to race this weekend, having tested positive for COVID-19 on Tuesday after an initial test.

Yamaha has now confirmed Gerloff will take part in Friday’s two sessions in Valencia, and will remain in place should Rossi test positive. 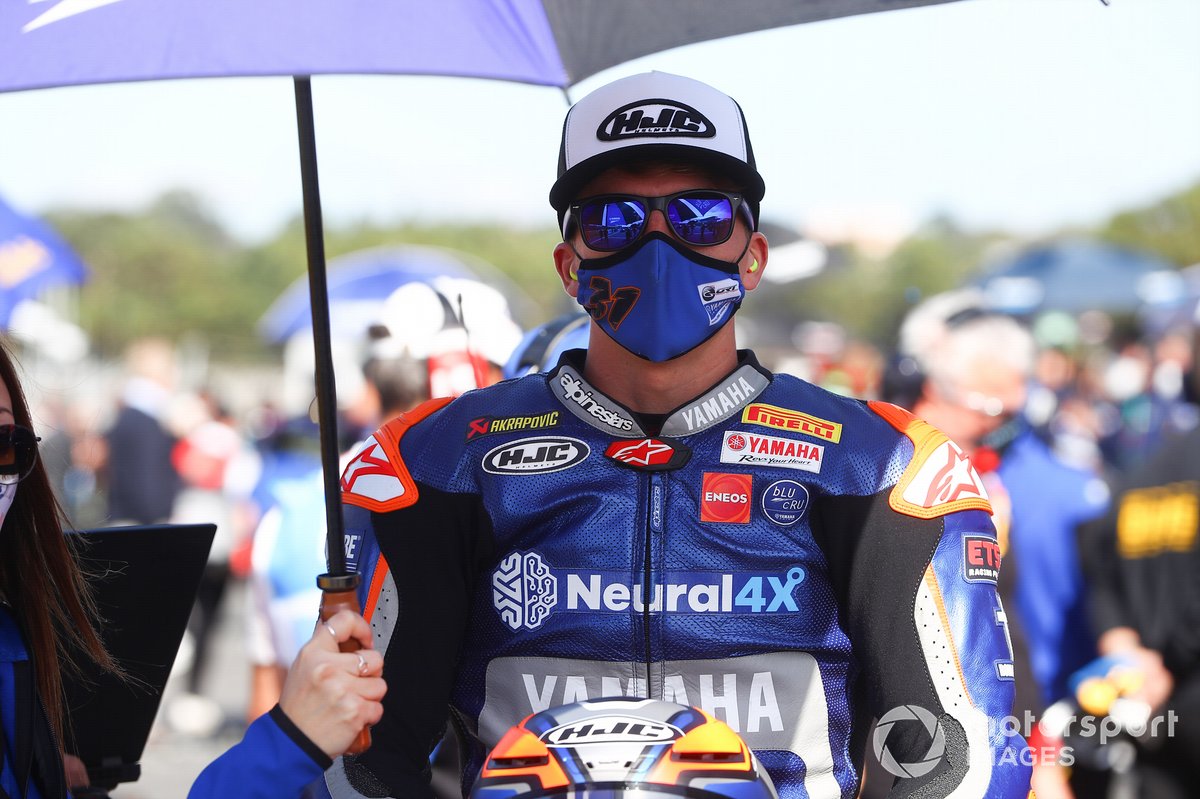 A brief statement from Yamaha read: “Monster Energy Yamaha MotoGP announce that Garrett Gerloff will take part in the today‘s MotoGP sessions of the European GP held in Valencia, Spain, while waiting for the result of the PCR test that Valentino Rossi did this morning, that will be revealed this evening.

“Should the Italian test negative again, he will take part in this weekend‘s Gran Premio de Europa from tomorrow‘s FP3 onwards.”

Gerloff’s appearance in Friday’s practices for the European GP mark the first for an American rider in MotoGP since the late Nicky Hayden’s final premier class start at Phillip Island in 2016.

The American, who came through the MotoAmerica series, made his debut in WSBK in 2020 with Yamaha’s satellite squad GRT.

Finishing 11th in the standings at the end of a strong campaign, Gerloff also managed three podium visits in the latter stages at the Catalunya and Estoril rounds.

Speaking on Thursday at the Ricardo Tormo Circuit, Gerloff expressed his sorrow at the situation which has led to his first MotoGP experience.

However, he admitted Yamaha choosing him was an “honour” and said the chance to potentially ride Rossi’s M1 was “something dreams are made of”.

FP1 for the European GP will get under way at 10:55am local time in wet conditions.