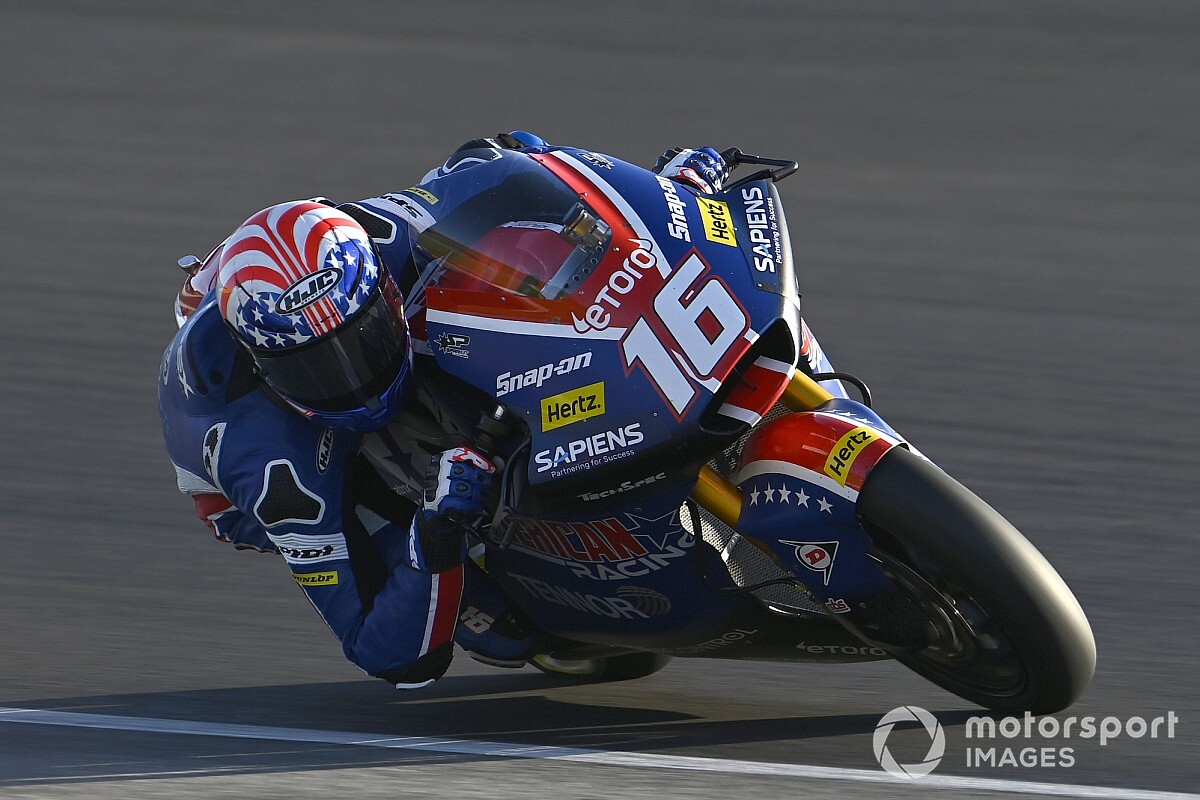 American rider Joe Roberts turned down an Aprilia MotoGP offer for 2021 because “I want to win” and believes only Italtrans in Moto2 can allow him to do that.

Aprilia was forced into looking for a replacement for Andrea Iannone for 2021 when the Italian was hit with a four-year doping ban following his Court of Arbitration of Sport hearing to have an 18-month suspension overturned.

Of the current MotoGP field, outgoing Ducati rider Andrea Dovizioso and LCR’s Cal Crutchlow had been linked to the ride. But the former never considered Aprilia a serious option and will take a sabbatical in 2021, while Crutchlow was unwilling to wait for the Iannone decision and opted to return to Yamaha as a test rider.

Aprilia turned to the Moto2 paddock, offering VR46 rider Marco Bezzecchi a deal for 2021. But VR46 didn’t give the Italian the green light to step up.

Over the Portuguese Grand Prix weekend, Roberts emerged as favourite, with a deal supposed to have been announced by the end of Sunday. But it never came to fruition, with Roberts explaining his decision to Gazzetta dello Sport earlier this week.

“I liked the call from Aprilia,” the American said. “I know I could have been fast, but I want to win and I this [Italtrans] is the best team to do it.

“I like the atmosphere, everyone seems like friends, and I don’t want to race in MotoGP just because of my passport, but because I deserve it.”

Roberts takes 2020 Moto2 world champion Enea Bastianini’s place at Italtrans next year, with the Italian stepping up to MotoGP with Avintia Ducati.

Aprilia announced on Monday it will field either one of its test riders Bradley Smith or Lorenzo Savadori, the latter replacing Smith for the final three rounds of 2020. Who gets the nod for the race seat and who remains as a test rider will be determined at the end of pre-season testing.

Should Roberts have stepped up with Aprilia next year, he would have been the first full-time American rider in MotoGP since the late Nicky Hayden’s final season in 2015.

Next year, two riders from the US will race in Moto2, with five-time MotoAmerica Superbike champion Cameron Beaubier replacing Roberts at the American Racing team.