Rins to miss Jerez MotoGP race after being declared unfit 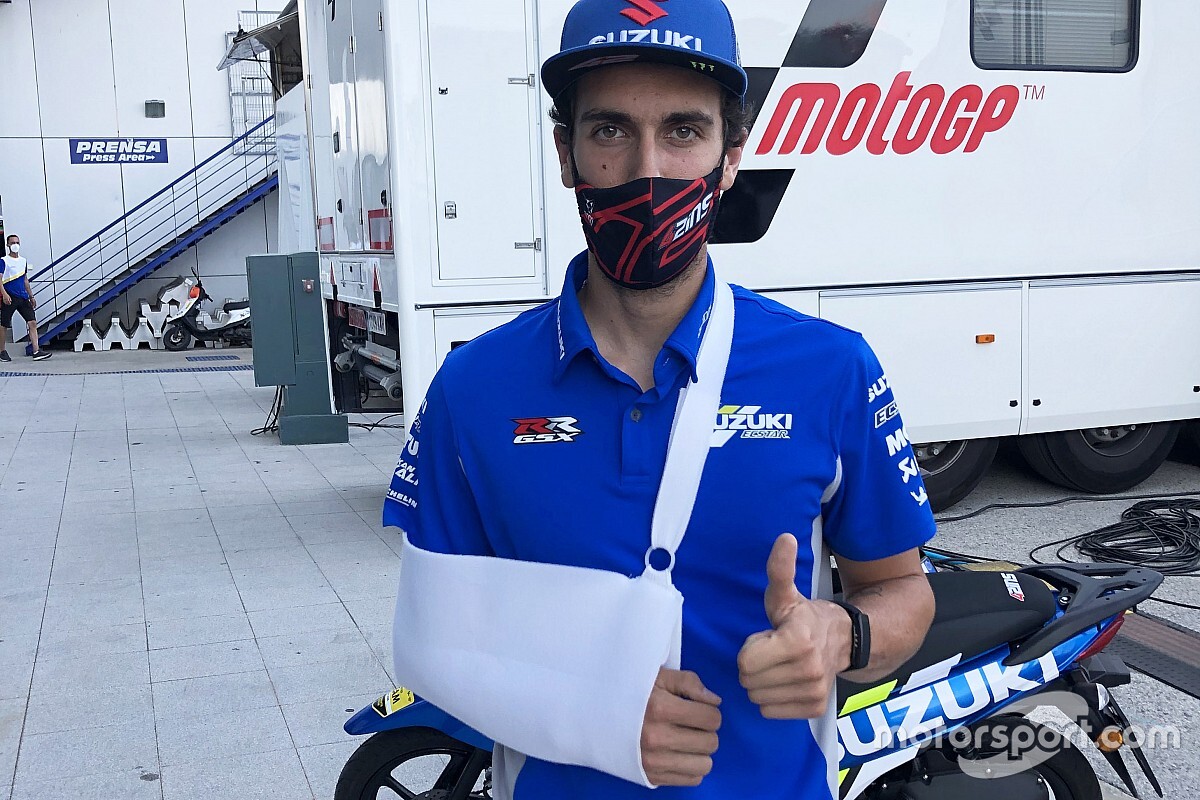 Suzuki MotoGP rider Alex Rins has been ruled out of Sunday’s season-opening Spanish Grand Prix due to the shoulder injury he picked up in qualifying.

Rins crashed through the fast Turn 11 right-hander in latter stages of Q2 after a moment on the front end forced him to check up in the middle of the turn, and he fell as he sped through the gravel.

The Suzuki rider rolled through the gravel and had to be taken to the Clinica Mobile for checks on a suspected right shoulder fracture dislocation.

Further tests at a hospital in Jerez confirmed the injury, as well as some muscle damage, which plunged his participation in today’s race in doubt.

Suzuki and Rins wanted to wait until this morning before taking a decision, and has now confirmed he will miss the race.

“It’s not the way any of us wanted to start the season, but we know Alex will come back strong!”

This will deal a serious blow to Rins’ title hopes, with the coronavirus-delayed 2020 season only set to be 13 rounds long, with the second event at Jerez coming next week.

Rins was due to start Sunday’s Spanish Grand Prix from ninth.

This leaves Joan Mir as the sole Suzuki rider present for the Spanish Grand Prix, who struggled in qualifying with a mysterious lack of rear grip which left him 12th.

Having undergone surgery immediately, Dovizioso says this weekend has hasn’t experienced any “strange pain” in his shoulder, and qualified eighth for today’s race.

Petronas Yamaha’s Fabio Quartararo qualified on pole for today’s 25-lap grand prix after firing in a new lap record in a dramatic session.

The works team Yamaha of Maverick Vinales and the Honda of reigning world champion Marc Marquez start alongside Quartararo on the front row.

MotoGP on TV today – How can I watch the Spanish Grand Prix?

Crutchlow ruled out of Jerez MotoGP after warm-up crash