MotoGP world champion Joan Mir says his respectful rivalry with teammate Alex Rins was "part of the success" Suzuki has been able to enjoy in 2020. 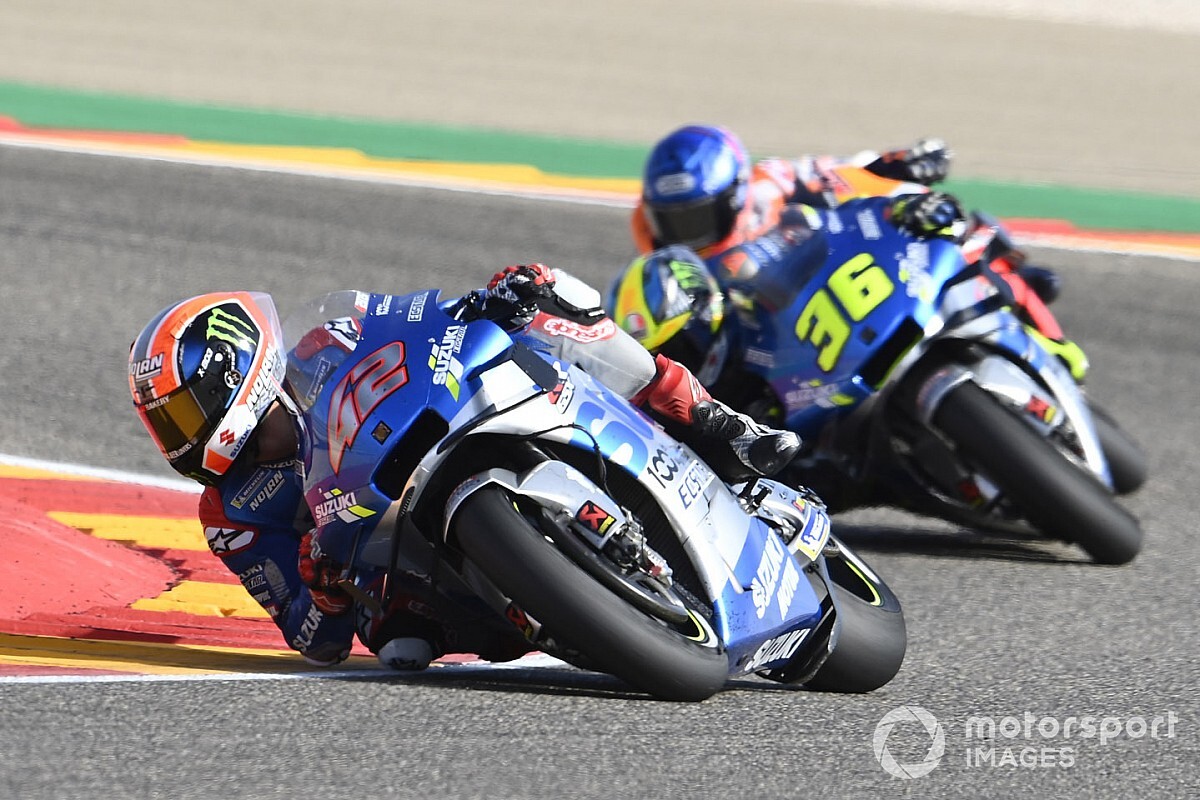 Mir was crowned MotoGP champion with a round to spare last time out at the Valencia Grand Prix, after crossing the line in a safe seventh.

The world champion has amassed seven podiums across the 2020 campaign, including his victory in the European GP, and joined Rins on the podium four times this year.

Rins himself has managed four podiums so far, including his Aragon GP win, in a campaign which was heavily affected by a nasty shoulder injury at the opening round.

The Spaniard has been with Suzuki since 2017 and has helped steer development of the GSX-RR.

When asked by Motorsport.com last Sunday if he owed his title in part to his teammate, Mir replied: "Of course. He's part of the team. Him, Sylvain [Guintoli, test rider], [Andrea] Iannone in his time (2017-2018), he gave good information.

"The first two riders at Suzuki, Maverick [Vinales] and Aleix [Espargaro]. These riders and the work of course of Suzuki year by year were making the bike better and better and made the difference.

"He was always a really good teammate, on track he showed a lot of respect for me and for Suzuki.

"And for sure always he was my first rival. Last year, this year I always wanted to stay in front of him and he also [wanted to beat me].

"And this is part of the success that made Suzuki on the podium in almost every race because you see that when the teammate is pushing, you push on the limit."

Mir is Suzuki's first world champion in 20 years and joins an elite list of Barry Sheen, Marco Lucchinelli, Franco Uncini, Kevin Schwantz and Kenny Roberts Jr as the only riders in the premier class to have won the title for the Japanese marque.

With just one round to go in 2020, Rins lies third in the standings and just four points off the runner-up spot currently occupied by Valencia GP winner Franco Morbidelli.