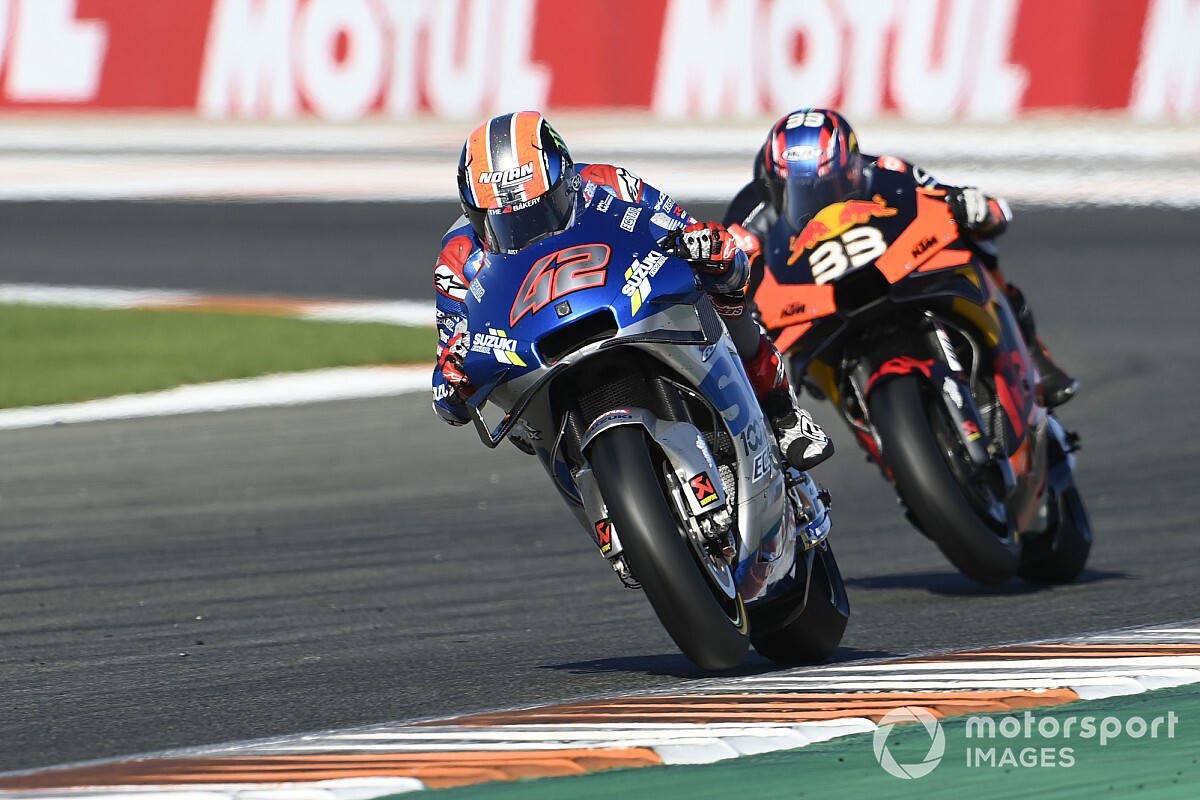 Suzuki’s Alex Rins says it would be a “dream come true” to round out the 2020 MotoGP season in runner-up spot to world champion teammate Joan Mir.

Rins is four points clear of Valencia Grand Prix winner Franco Morbidelli in the fight for second position in the standings, with six riders mathematically in with a shout of securing runner-up spot in this weekend’s Portugal finale.

The Suzuki rider says runner-up spot would be “super nice” for himself and the team, but is wary of the threat Yamaha poses, with Morbidelli, Maverick Vinales and Fabio Quartararo within 17 points of Rins.

“For sure it would be really nice to finish on the second position, it’s a dream come true,” Rins said.

“For me, for the team it’s super nice.

“Two or three riders more. And they're all Yamahas. I think all these riders are strong because the Yamaha is going quite well.

“They qualify good. Morbidelli did very good job last race, also in Aragon. Let’s give our 100% for sure.”

Rins admits discussions have been held between Suzuki and Mir about a possible team orders scenario come Sunday’s race, with the world champion happy to help his teammate secure second in the standings if he can.

“[Wednesday] at dinner time we had a conversation with Joan, with Davide [Brivio] and for sure Joan said if he can do something to help me he will do it,” Rins said when asked if team orders had been discussed.

“I really appreciate this, because in the end he’s a rival: he wants to beat me, I want to beat him.

“For sure I will say thanks to him if he helps me, but if it’s not possible also thanks to him because of all his work this year.

“He was super-fast, I was trying to be fast too.

“The first guy you want to beat is your teammate, so for sure in the bad moments I had, I was looking at him and saying ‘wow, Joan is doing a good job, so I need to do it also’.”

The first half of Rins’ season was plagued by the after effects of a nasty shoulder injury which ruled him out of the Spanish GP, but he has since gone on to score three podiums and a victory at Aragon.