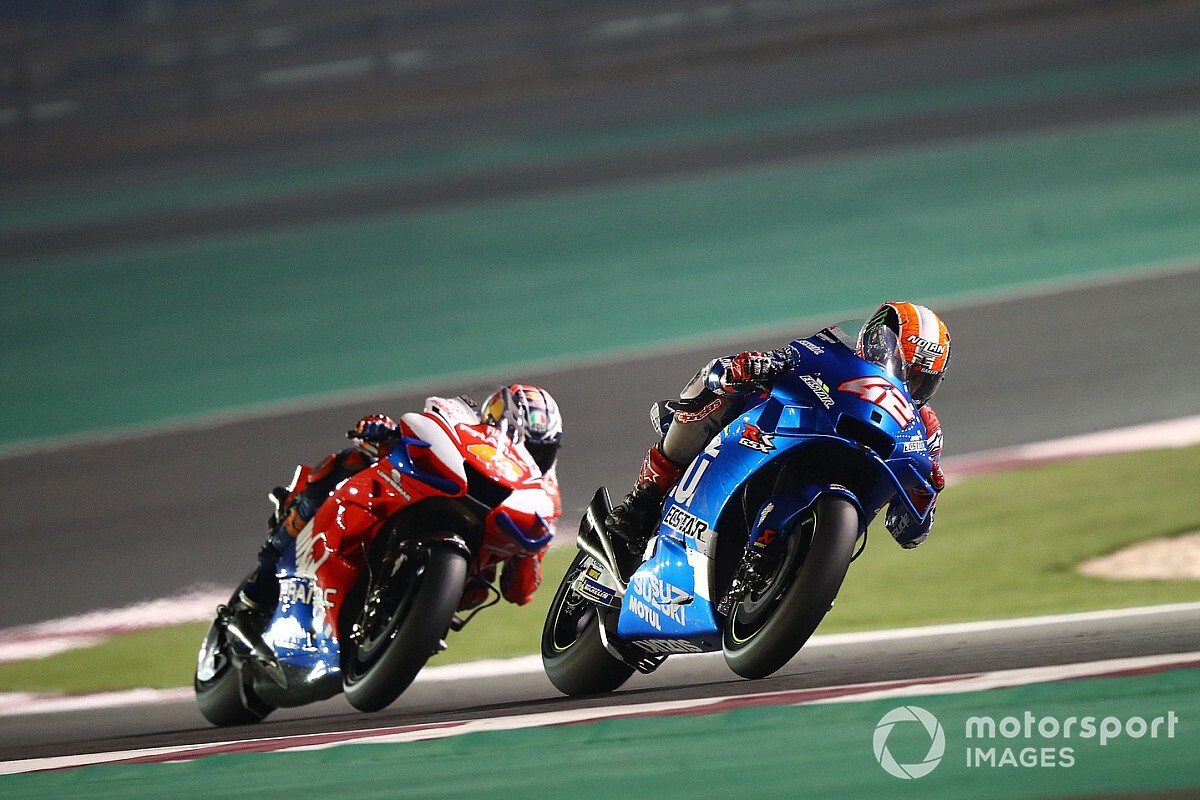 Alex Rins admits that the widespread perception the Suzuki MotoGP bike is the easiest on the grid to ride "annoy" him.

Last year, Rins scored his first victories aboard the GSX-RR on his way to fourth in the riders' standings, triumphing at both the Circuit of the Americas and Silverstone.

Teammate Joan Mir also enjoyed a solid, albeit injury-disrupted rookie season on the second Suzuki, scoring a best result of fifth and ending up second-best of the newcomers behind Petronas Yamaha sensation Fabio Quartararo.

Speaking during a recent teleconference organised by Suzuki, Rins was asked how he felt about claims the Suzuki was the best-balanced bike on the grid in MotoGP today.

"It annoys me a little bit that they say the Suzuki is an easy bike to ride," replied Rins, who concluded a new deal to stay at Suzuki until the end of 2022 earlier this month.

"Some say that Rins and Joan Mir are up front because the bike turns a lot and because it is easy. But you have to push the Suzuki to the limit.

"It is true that the others in the fast corners turn a little less than we do, but then on the straights they go faster.

"I don't know if we have the ultimate weapon because we haven't completed a race, but I'm confident we can do well [this season]."

Rins and Suzuki had been tipped for a strong start to the 2020 season off the back of a strong showing during the second pre-season test in Qatar, before the start of the campaign was postponed in response to the global coronavirus pandemic.

The Spaniard admitted he had been finding confinement "very hard" and said his strong form in testing meant he could be one of the worst affected by the delay to the season.

"This situation is bad for all of us riders," said Rins. "Maybe that's the case, I'm one of those who is hurt the most. And I'm guided by how the pre-season tests went.

"The pre-season tests went very well for us. But this is something that has happened, that nobody has chosen or wanted, and that's why we can't dwell on it."

As part of a package of measures to help teams manage the financial stress imposed by the coronavirus pandemic, MotoGP opted to impose a freeze on engine and aerodynamic development until the start of the 2021 season.

This means non-concession manufacturers (excluding KTM and Aprilia) will be forced to run the same spec of engine through the shortened 2020 campaign up until the end of '21, something Rins suggested could be beneficial for Suzuki.

"I don't think that will be a problem for us," he said. "In Qatar we saw that Honda had some problems but we know they will be up there. Yamaha also did very well."