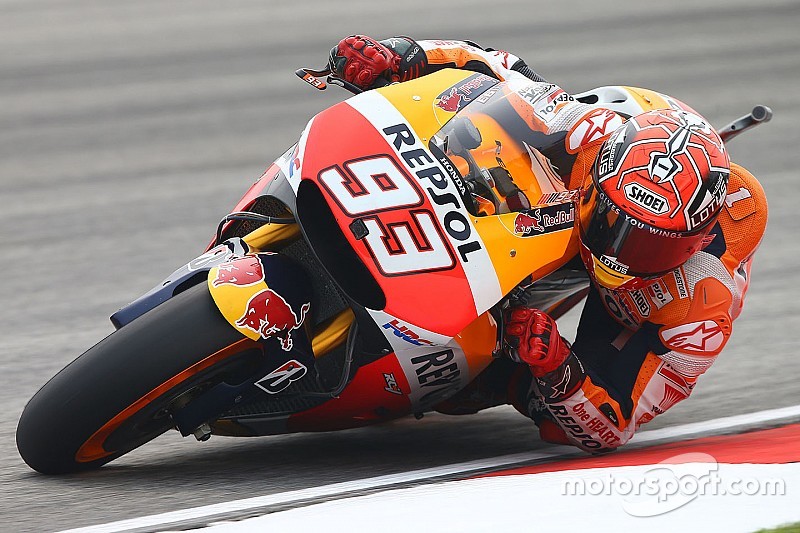 Repsol, title sponsor of the factory Honda MotoGP team, says it could reconsider its involvement in the sport following the Malaysian Grand Prix clash between Valentino Rossi and Marc Marquez.

In a strongly worded statement, the Spanish oil giant slammed Rossi for what it described as a "premeditated" and "unsportsmanlike" kick against Marquez when the duo made contact on the seventh lap of Sunday's Sepang race while fighting for third place.

"Dani Pedrosa achieved a great victory today in the Malaysian Grand Prix - a win that was unfortunately overshadowed by the unacceptable and unsportsmanlike conduct of Valentino Rossi against Repsol Honda Team rider, Marc Marquez," read the statement.

"On the seventh lap of the race, with Marquez and Rossi immersed in a battle for third place that involved several overtaking moves between the two, the Italian - in an absolutely intentional action - dealt an unsportsmanlike kick to the Repsol Honda rider that knocked him to the ground.

"Although Marquez was fortunately able to escape unharmed from the attack, for Repsol the conduct of Rossi is absolutely unacceptable because it endangered - in a premeditated and unsportsmanlike manner - the safety of the Repsol Honda team rider.

"Repsol consider this an unsportsmanlike act incompatible with the values of sport and competition."

Having been the title sponsor of the factory Honda MotoGP effort since 1995, Repsol added that it could reconsider its involvement in the sport, while also calling for a stronger punishment for Rossi, who incidentally rode in Repsol colours on a works Honda in 2002-03.

The Italian rider kept his third place finish, with Race Direction accepting that it was not his intention to cause the Spaniard to crash, but will start from the back of the grid for the title deciding Valencia encounter in two weeks' time.

"Repsol are deeply saddened that situations like that which occurred today in Sepang exist, especially as the company feel proud of sporting values: Companionship, competitive spirit and commitment from riders," continued the statement.

"Without these values, it would not make sense for Repsol to participate in the sport as a sponsor.

"Repsol also call for a clear and strong regulation in the interest of the safety and physical integrity of the riders, which punishes behaviour like that seen today clearly and decisively."

Opinion: Rossi reaped what he sowed at Sepang