Redding rages at Petrucci: “The problem is his f***ing brain” 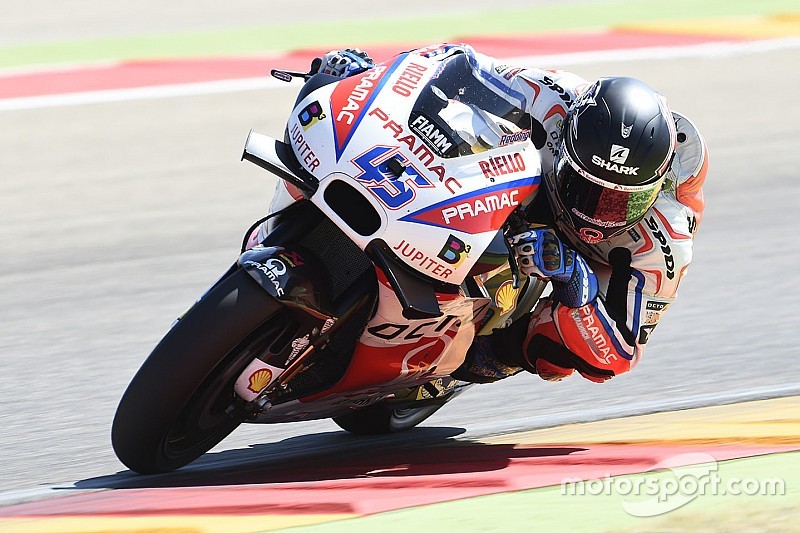 Petrucci was given a ride-through penalty for the clash, which meant both of their races were ruined.

The Italian claimed he could have suffered an issue with his bike. But when this was suggested as a reason for the collision, Redding fired back: “Yeah, of course. The issue was his f***ing brain.

“I’m just disappointed really. Being teammates… Normally I’d give 10 percent margin more. But it wasn’t the first time, he’d already had me in Turn 7. I knew he was gonna come strong and I held out a long time into Turn 12 and when we got to the full angle – boom! I went down on the kerb.

“I’m pissed off with the fact my own teammate took me out. The fairing was broke, the handlebar was bent, you’ve got a bit of pain here and there. It’s just not what I expected.

“We’ve had some close racing before, but it’s not the first time someone has complained he’s taken them out. He seems to make his moves late, very deep, which is kind of unfair. As you saw with [Eugene] Laverty in Red Bull Ring, it was completely impossible, and it was the same shit today.

“He got a penalty, and that’s two penalties in five races. It’s kinda saying something. I’m just pissed off at him, and the first thing is he didn’t even come to apologise to me. I’ve lost respect for him as a rider. He’s a good guy but sometimes he doesn’t have a f***ing brain.