Redding: Pramac switch has given me "different mentality" 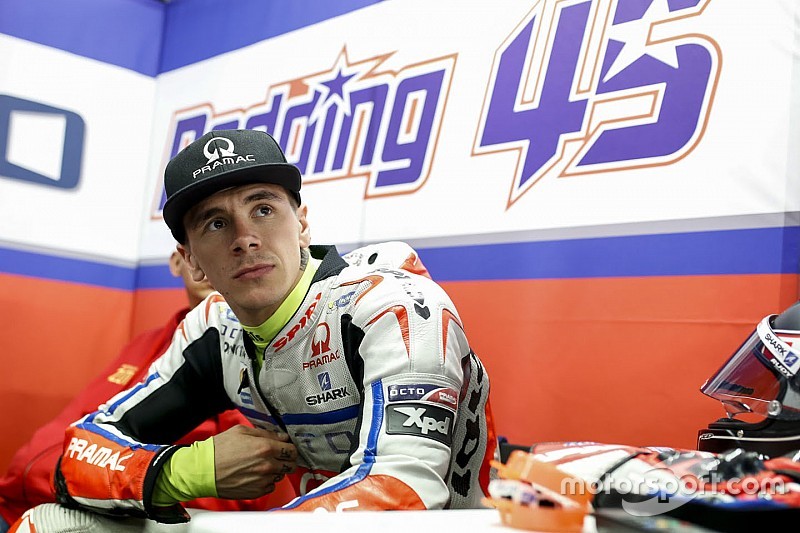 MotoGP rider Scott Redding has spoken of the relief and renewed motivation that has come from his switch from Marc VDS Honda to Pramac Ducati in the off-season.

Redding endured an extremely difficult sophomore season in MotoGP with Marc VDS last year, finishing 13th overall - a spot lower than he did in his rookie 2014 campaign - despite having picked up a maiden podium in the rain-affected Misano race.

Asked to comment on the team change after FP3 in the season-opening Qatar round, Redding said: "Well, that's just a different story, you know.

"It's just nice to come racing and want to go out on the bike. You crash, first thing you do is you turn it off, pick it up and get it recovered - last year I would've f**king set the thing on fire.

"So you know, it's just nice to have a different mentality when you come to the race track that you want to go out there and you want to improve and you just focus more and everything comes a bit more."

Feeling "on the edge"

The Briton had two very different practice sessions at the Losail International Circuit on Friday, setting the third-best time in FP2 and then crashing out at Turn 13 in FP3.

Speaking about the crash, Redding said: "We've just checked the data and I had two percent more gas than the lap before, same speed exactly.

"But all I tried to do was just close the line a little bit to get up off the edge of the tyre and that was just enough.

"Apart from that, the session was good, we had quite a good feeling. I was also trying two different bikes to try and get the best of both, which I think, tomorrow, if we can put the them into one, we can find a good improvement."

Despite his crash in FP3, Redding still placed ninth in the timesheets and locked himself straight into the second segment of qualifying for Saturday.

"It was a bit sh*t to have a crash but we went through to Q2 - this is kind of one of my horrors from last year, to get into Q2 - and we did it. So despite the crash I'm still happy."

With one more session left before qualifying, Redding believes that he could be in contention for the first two rows on the grid if he can find a slight improvement on Pramac's Ducati Desmosedici GP15.

"If I put the two bikes together, I think I would've had enough to stay top six," he said. "So hopefully tomorrow where it counts in qualifying we can make it happen."

He also noted that whether he'll have someone up the road in his qualifying run will be crucial for his laptime.

"If I could get... not a tow from someone, [but] have someone in the distance, I think I could go top four, top five. But alone I think it will be top seven.

"My target is top six and that's what I'll try to achieve - we'll see if I get a good run tomorrow.

"[In FP3] I did my lap alone - but a few runs before I did it with someone in the distance and the laptimes came a lot easier."