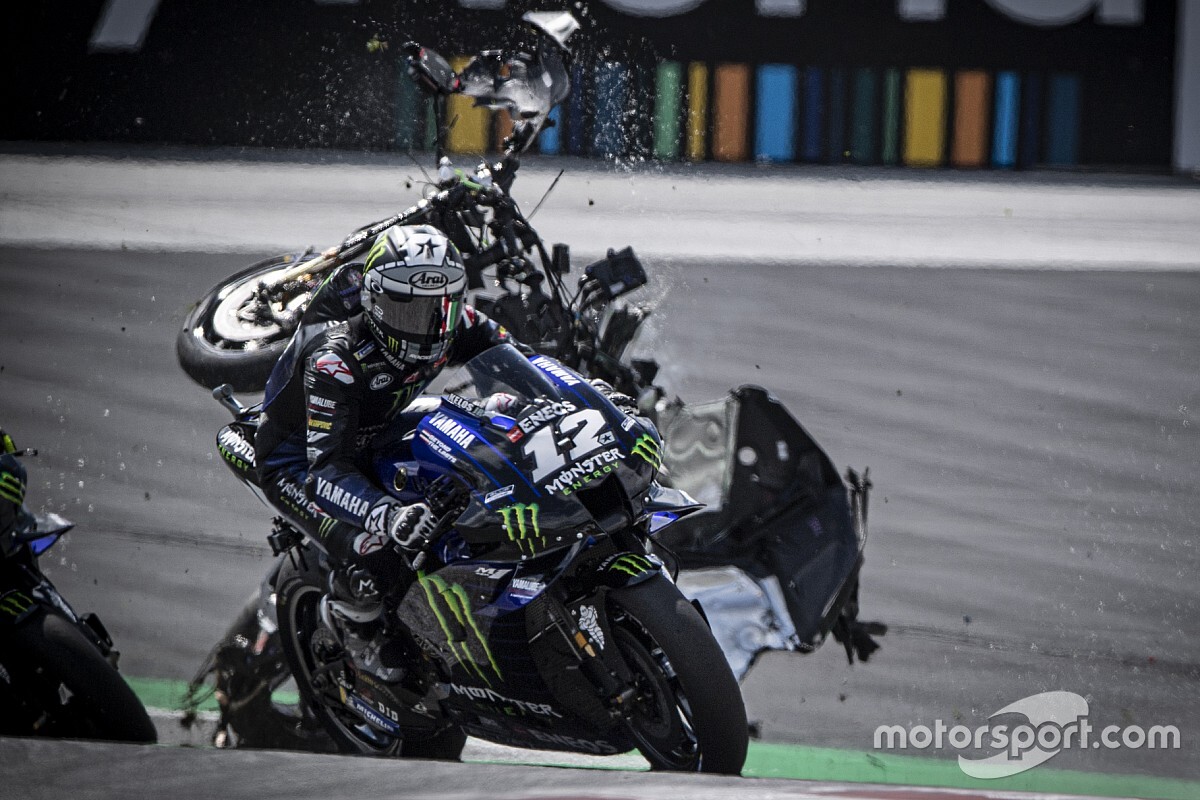 Fabio Quartararo says he never watches replays of serious accidents during red flag periods, as was the case after the MotoGP Austrian Grand Prix’s horror shunt.

Replays of the accident were repeatedly shown during this delay, with the riders exposed to it while sat in the garage. All angles of the crash were quickly shared on social media too.

Last week, LCR’s Cal Crutchlow called the constant replays of the crash “ridiculous”, with championship leader Quartararo believing that clips of major incidents should be shown after the race.

“Honestly, as soon as we had the red flag – not only for this race but every time we have a red flag – I never watch the TV because you always see a bad crash,” Quartararo said when asked by Motorsport.com if the way serious incidents are broadcast needs to be altered. “Even when I watch Moto2, it’s better to don’t look. I think it’s something that is better to not see.

“Maybe at the end of the race when everything is finished, but in these kind of moments [like Austria], I think about Valentino who saw the bike coming super-fast on the TV. You are going out for the second race in a different way. So, I think I would prefer… I think for everybody, it’s better to not see the crash when it’s this kind of big problem.”

Rossi admits broadcasters don’t need to “exaggerate” by constantly showing serious crashes, but he also thinks it’s better that the “reality” is shown to stop racing getting more dangerous in the future.

“For me, you don’t have to exaggerate, to show the images a lot of times,” said Rossi. “But for me it’s good to know what happened and good to see the images.

“First of all, you can pay more attention in the future, but for me it’s good to see the reality because we don’t have to forget that motorsport is dangerous. Also, the riders on the track have to race aggressively but with [a calm] head because it’s something that can happen.”