MotoGP world champion Joan Mir says the safety of the Red Bull Ring, particularly Turn 3, is “not enough” in wet conditions ahead of a potentially rain-hit Styrian Grand Prix.

Friday’s running for the Styrian GP was affected by rain in the afternoon session, though most riders felt the grip on offer was surprisingly high.

But for a number of years riders have expressed concerns over the safety of the Red Bull Ring in wet conditions, particularly at Turns 1 and Turns 3 where a lot of leftover rubber from Formula 1 cars tends to cause grip issues for MotoGP.

The safety concerns at Turns 1 and 3 stem largely from the proximity of the barriers next to the track and possibility of bikes travelling up circuit into the path of other riders at the top of the hill at Turn 3.

The latter concern was thrust into the spotlight in the dry in last year’s Austrian GP when a horrifying crash between Johann Zarco and Franco Morbidelli at Turn 2 led to their bikes almost wiping out Valentino Rossi and Maverick Vinales as they exited Turn 3.

A catch fence has been installed at Turn 3 to stop a repeat, but Mir is still wary of the danger of Turn 3 in wet conditions during a race situation where riders are bunched together.

“It’s dangerous, especially in the first corner,” the Suzuki rider said of the Red Bull Ring in the wet.

“That corner is really slippery, it’s dangerous, but Turn 3 is so dangerous. 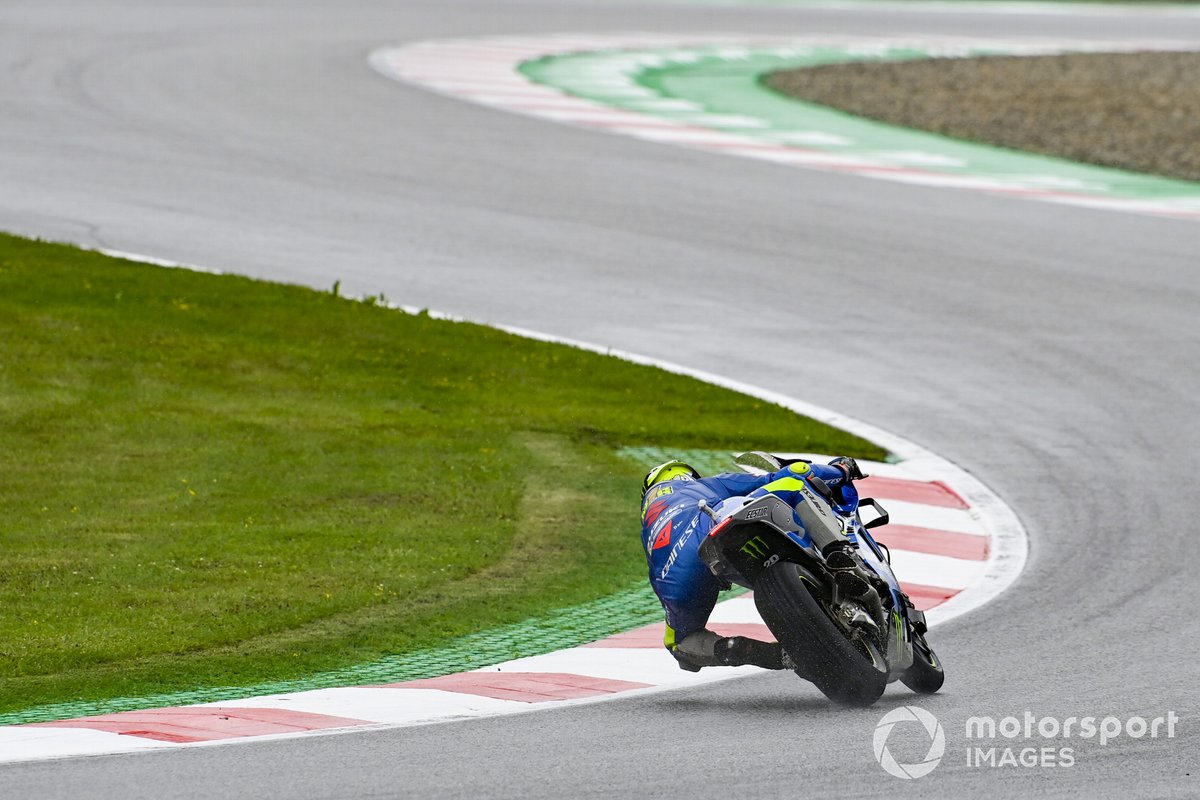 “If you crash – not alone, there’s not a problem alone I think.

“But in one group it’s really dangerous that part in the wet.

“I don’t know what we have to do, but the truth is that I think the safety is not enough now in wet.”

Honda’s Pol Espargaro echoed Mir’s concerns, adding: “Yeah, this track for sure is not one of the safest just because this type of corner where it’s so close – as it is at corner three – if someone crashes at high speed on the first part of the braking which is normally where you have the locking, then the bike can have high speed on the ground, especially in the wet, and can impact another guy turning in the other side as it happened more or less last year with Johann and Franco.

“So, for sure it worries me a little, for sure it’s about safety and it’s not the best plan that on Sunday we’re going to have a lot of rain.

“But let’s see what happens, but in the end I think today the grip was quite high, so the locking was not quite big even if it can happen.”