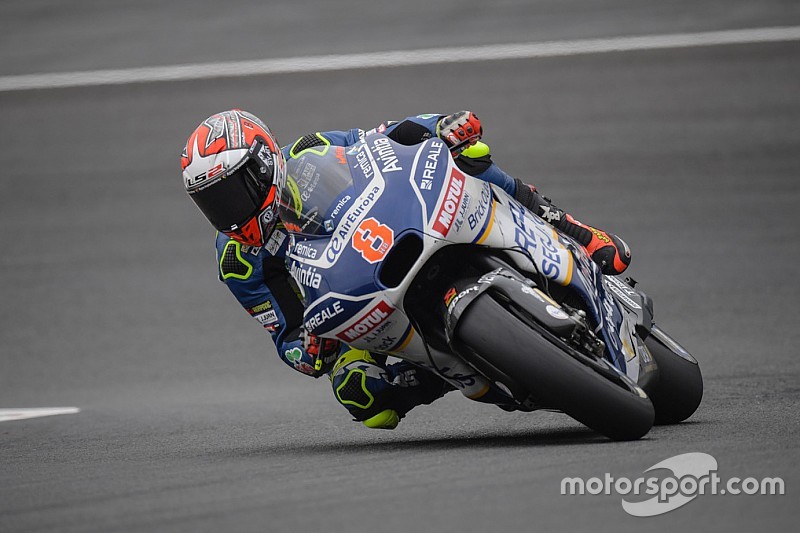 Barbera jumped into the lead with a 1m24.631s during the final minute and, while Dovizioso immediately responded, his time was erased due to track limits.

Dovizioso previously stole the lead from Honda's Marc Marquez with 15 minutes left on the clock, his time then going unbeaten until the very end.

The Ducati works rider settled for second, followed by Dani Pedrosa (Honda) and Maverick Vinales (Yamaha), both less than two tenths behind.

Marquez only improved on his early benchmark by eight hundredths of a second and ended up fifth.

KTM's Pol Espargaro was a positive 11th, edging Valentino Rossi out by 0.007s.

Andrea Iannone and Aleix Espargaro were the top Suzuki and Aprilia in 14th and 15th respectively.

KTM's wildcard entrant Mika Kallio, who is taking part in his second MotoGP round of the 2017 season, was 17th, as team regular Bradley Smith took 21st.

Redding set to replace Lowes at Aprilia for 2018