The new-look bodywork, which is designed to compensate for the now-banned aerodynamic winglets, appeared on Andrea Dovizioso’s Desmosedici GP17 several hours into Saturday’s session.

Ducati’s is the most striking yet of the new fairing concepts that have been revealed so far, featuring a narrow central section at the front and two outsize wings on either side.

Having pioneered the winglet concept in 2015, the Italian marque was the most vocal critic of MotoGP’s decision to outlaw them at the end of the following year, but had yet to reveal how it would tackle the rule change until the final test of the winter.

Yamaha was first to show its hand in Sepang, followed by Suzuki and Aprilia at Phillip Island, before Honda revealed its solution during the first day of running in Qatar on Friday.

Marc Marquez crashed twice while using the new bodywork, and claimed it was a factor in his crashes.

Ducati’s reveal leaves KTM as the only manufacturer yet to show how it will tackle the winglet ban, although the Austrian marque is allowed multiple changes of fairing through the year, unlike its rivals. 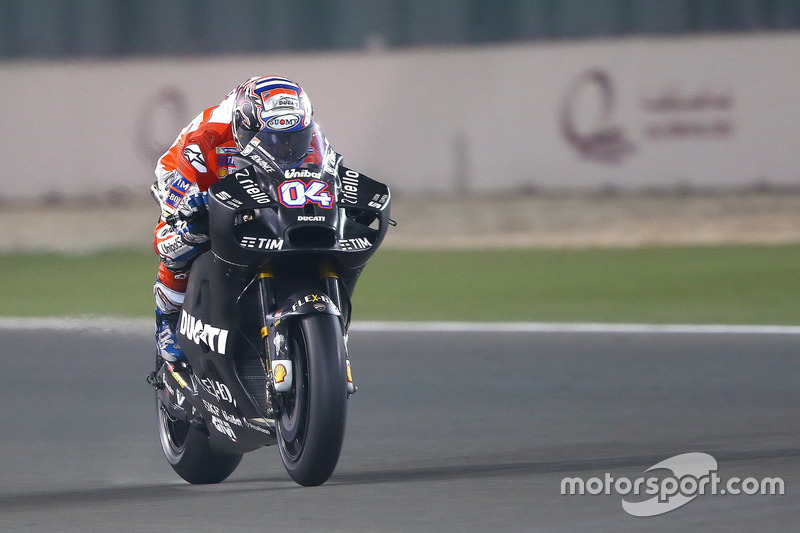 Lorenzo: Dovizioso's advantage under braking is “too big”