Subscribe
Previous / Energica CEO: Had Ducati not entered MotoE, it would have been "short-sighted" Next / RNF explains MotoGP management reshuffle for 2022
MotoGP News

Fabio Quartararo became the first French rider in history to win the MotoGP world championship and ended a seven-season drought for Yamaha at the Emilia Romagna Grand Prix.

Look at Quartararo's results from 2021 – five wins and five other podiums, scoring points in every single race – and his title win looks like a just end to a fantastic campaign for the Yamaha rider.

But take a step back and observe Quartararo's path to the 2021 world title, it further highlights just how incredible a rise to the top the 22-year-old has had in MotoGP.

Coming into grand prix racing when he was the double CEV Moto3 Junior world champion in 2015, he came tagged as 'the next Marc Marquez' – but the pressure crumbled his early career to nothing in his first three years in Moto3 and Moto2.

When he finally won his first grand prix at Barcelona in Moto2 in 2018, it sent him on the path to his MotoGP debut with the incoming Petronas Sepang Racing Yamaha team – a move many felt was unjustified considering his results.

Weary and with a voice battered from a night of celebration after his title win at Misano, Quartararo joined Oriol Puigdemont on the phone to discuss his coronation.

"It's absolutely crazy," Quartararo said, referring to the message of congratulations he received from French president Emmanuel Macron on Twitter on Sunday evening.

"Especially if we take into account that in 2018 we were very low. The progression has been brutal. All this is going to give me a big boost for the future.

"Right now, I still can't believe what has happened, I could never have imagined that so quickly, at just 22 years old, I could achieve this.

"And the good thing is that I have many years ahead of me to keep fighting to make more dreams come true." 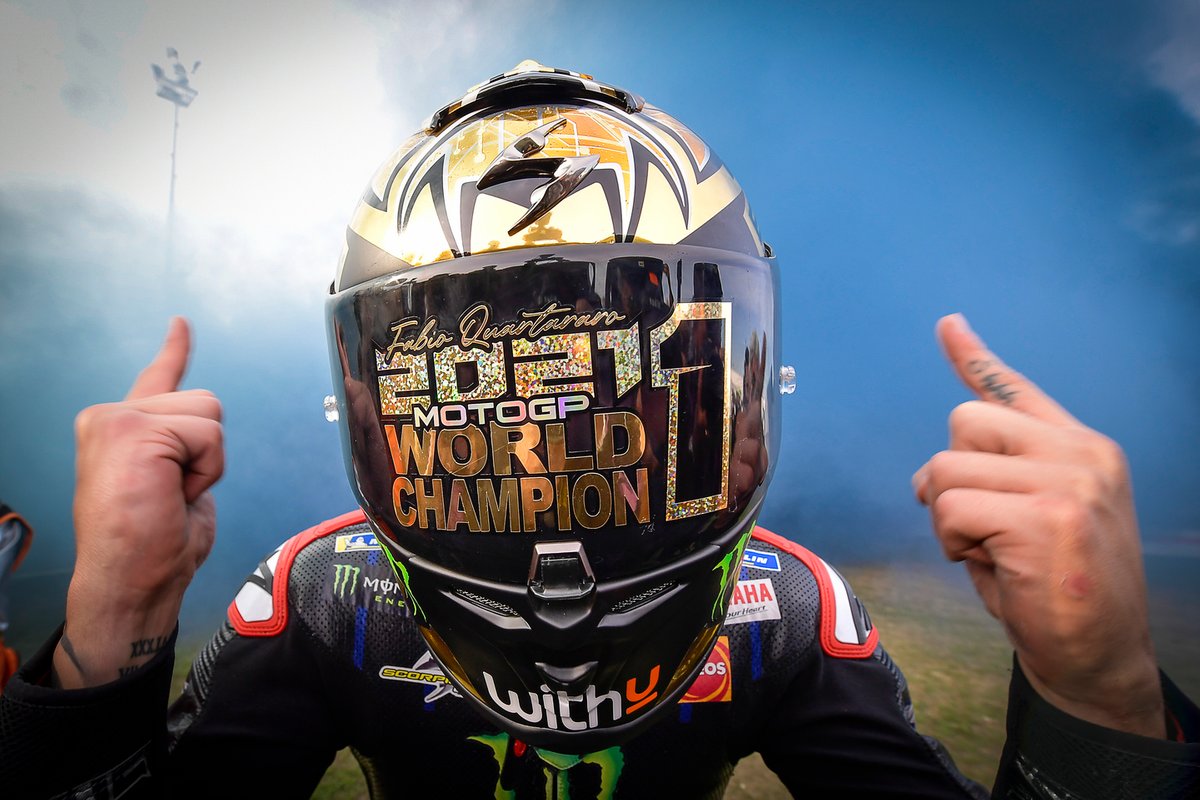 Quartararo – who says his first thought was of his father when he took the chequered flag as 2021 MotoGP world champion, noting "we covered 50,000 or 60,000 kilometres a year to train and to go to races" – has shown immense growth in 2021, his work with a sports psychologist keeping him calm during difficult moments.

This is a legacy of how his 2020 title challenge came off the rails in spectacular fashion in the final six races of last season, when he went from leading the championship to eighth.

"Even in the most difficult times I've been happy," he added. "That is the most important thing in life. In those moments, despite not getting the results I wanted, I was doing the job I always dreamed of. I often think about people who have a really hard job, or those who every day have to do something they don't like. That is incomparable to us. Even when the results were not good, I was happy in life.

"This year's Yamaha is not much better than last year's, but we have found a feeling on it that allows me to go much faster," he continued.

"What we improved the most is the front-end, but in the end Yamaha always had the most balanced chassis. I would say that more than improving the bike for 2020, what we have done is to recover something that we lost along the way. Personally, every time I go out on track I improve, and the feeling I've found thanks to the front end has allowed me to make a big step forward."

And would that personal growth have allowed him to be champion last year too, upon reflection? 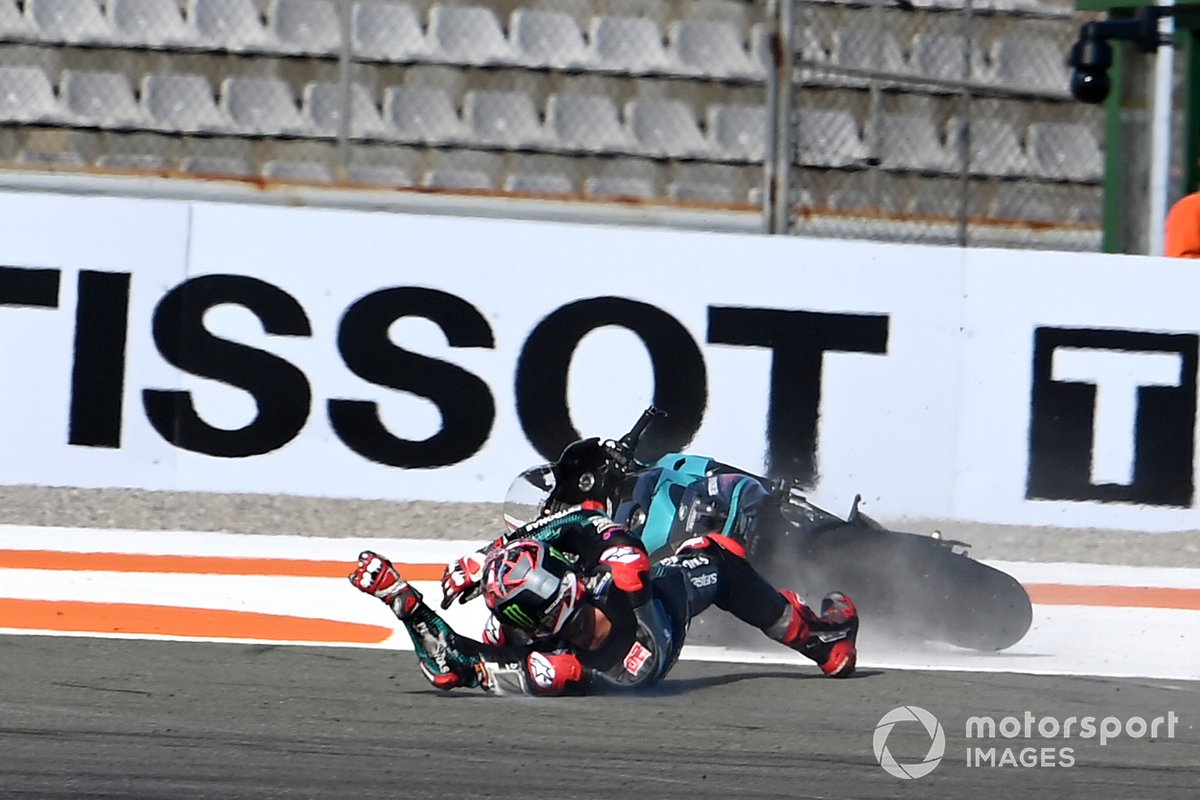 Yamaha has had a banner year on two wheels across all major championships, with Quartararo's MotoGP title – its first since 2015 with Jorge Lorenzo – coming alongside championship wins in MotoAmerica and British Superbikes, while Toprak Razgatlioglu is set to become World Superbike champion for the brand this season.

But in MotoGP, it has been an incredibly tough year for Yamaha. The breakdown of its relationship with Maverick Vinales and his subsequent dismissal following a deliberate attempt by the Spaniard to damage his M1 during the Styrian GP cast an unwelcomed shadow over Quartararo's title campaign.

"It has not been an easy year for Yamaha, but when you go through difficult times is when you enjoy the most if success comes afterwards," Quartararo, showing great maturity for a rider in just his third year in MotoGP and at just 22 years old.

"Seeing all the engineers and the Project Leader celebrating the title in Misano on Sunday was a huge contrast to the first race of the year in Qatar, where everything was very cold. You can see that the stress and pressure has been taken off. This title makes it possible to forget all the difficult times Yamaha has been through."

While the 2021 Yamaha was a notable step forward from its predecessor, it still lacked top speed. This is the area Quartararo wants improved for next year, and isn't worried about the new M1 being tampered with too much as his first contact with the 2022 chassis went "very well".

Quartararo's celebrations last Sunday after he won the championship were notable for the warm reception he received from all corners of the paddock.

Title rival Francesco Bagnaia – whose crash late on while leading at Misano handed Quartararo the championship – was the first to greet him in pitlane, while race winner Marc Marquez constantly repeated after the race that this was not the Honda rider's day of celebration. 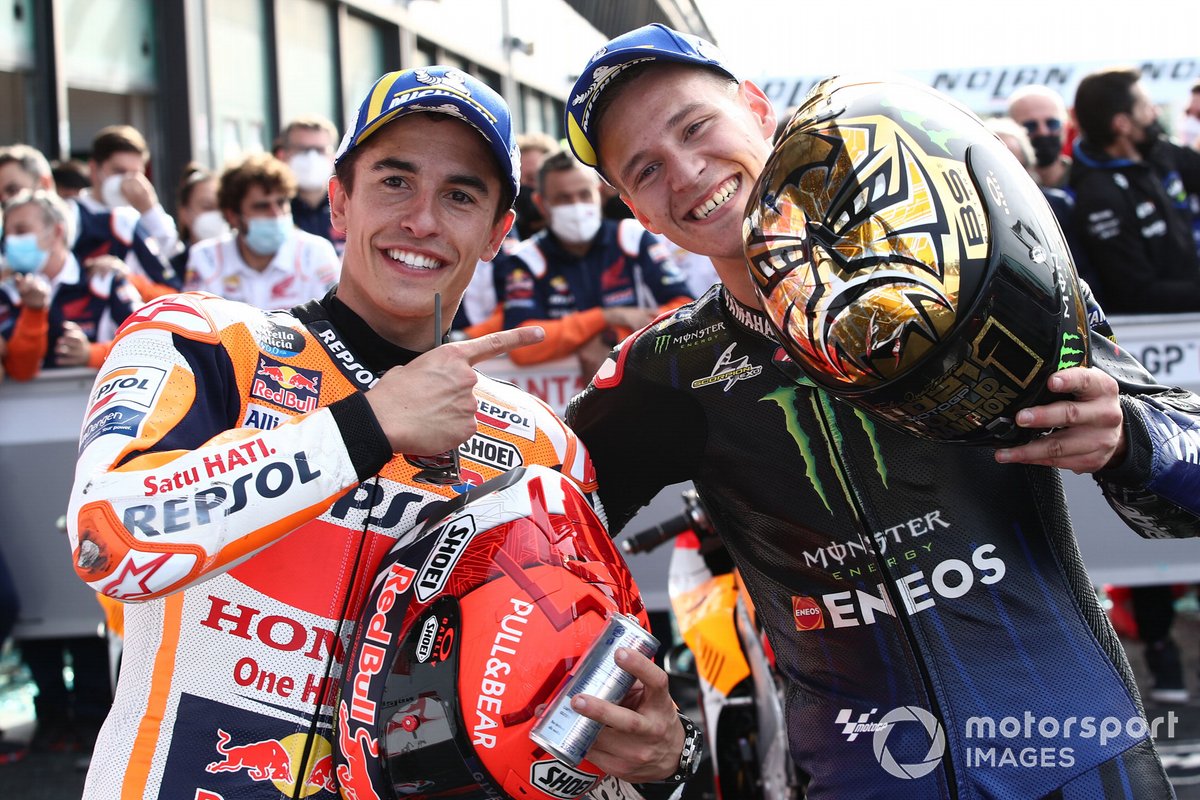 Marquez, of course, marked Quartararo out as a title contender after he beat the then-rookie to victory at Misano in 2019. With the Honda rider edging ever closer to the fitness level he needs to fight for the championship again, it's a challenge Quartararo is relishing.

"Very much," Quartararo concluded when asked if he wanted to compete against Marquez to defend his title next year. "Marc is in good shape, he has won the last two races and I am looking forward to fighting with him.

"Marc is an example that I have been following for many years. I like him a lot as a rider and as a person, and the fights we had in 2019, even though he almost always won them, I remember them as the moments in which I was able to learn and enjoy the most. I was allowed to say that I was racing against an eight-time world champion." 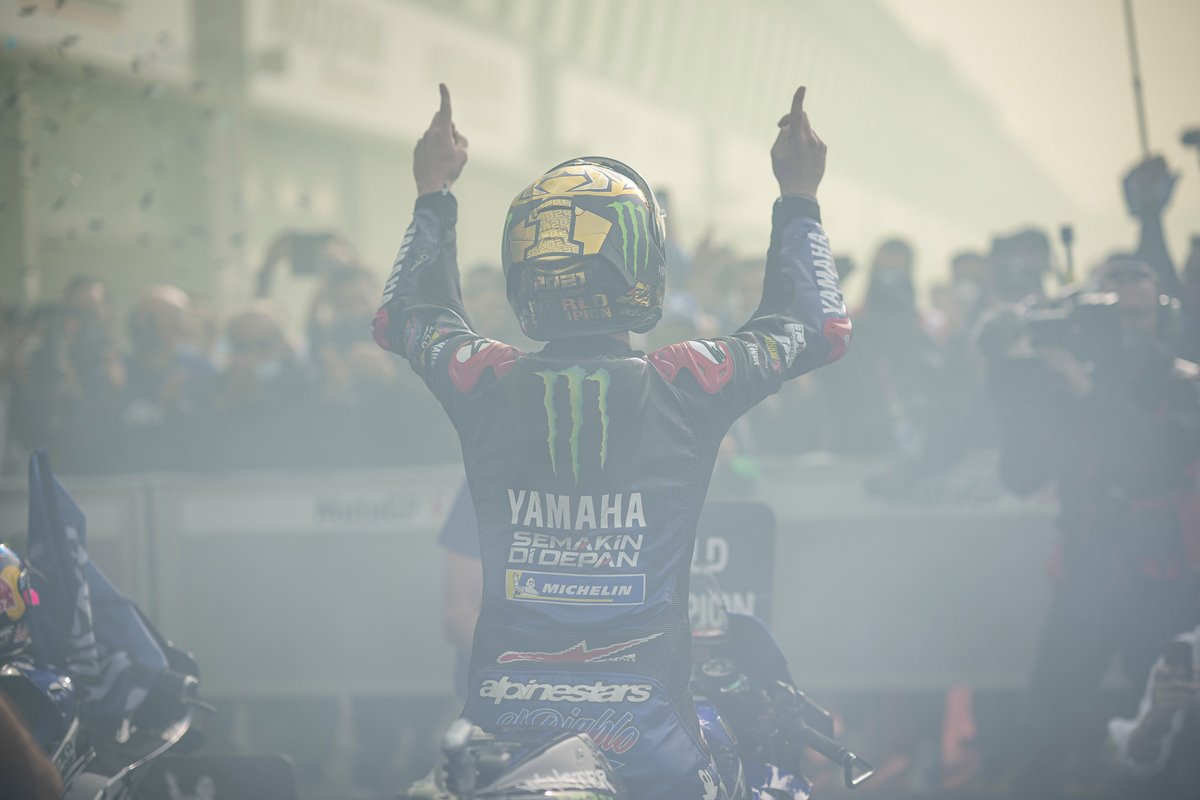