Erstwhile MotoGP championship leader Fabio Quartararo admits he is “worried” about the Suzuki threat in the Emilia Romagna Grand Prix as he thinks the GSX-RR is “perfect”. 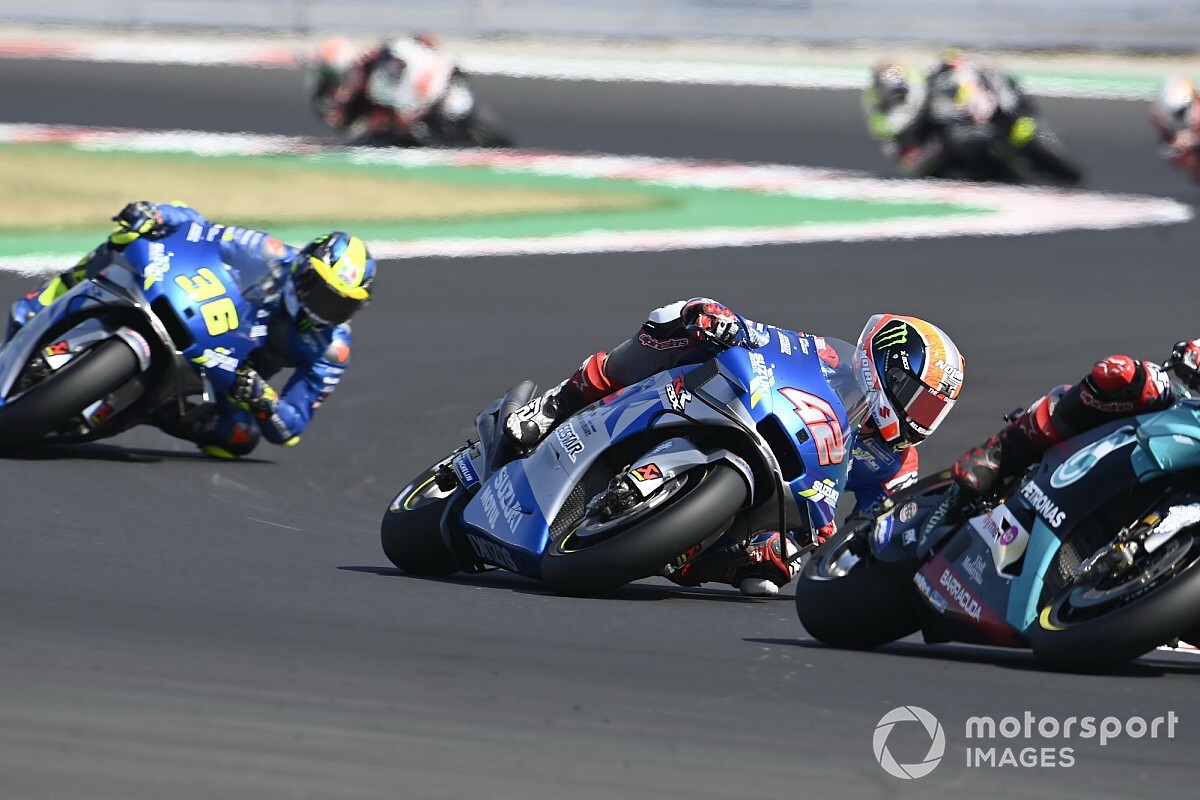 Joan Mir put on a late charge for the podium in last weekend’s San Marino GP at Misano, overhauling Yamaha’s Valentino Rossi on the last lap to claim third, while Alex Rins was close to the rostrum in fourth.

This followed on from a second-place finish in the Austrian GP, and he was on course for victory in the Styria race before it was red-flagged – Mir ultimately ending up fourth as a result of a lack of a fresh front tyre for the restart.

Suzuki impressed at the Red Bull Ring, with its overall package stopping it from being swallowed up on the straights by Ducatis and Hondas.

With the second Misano round expected to be much tighter than last weekend, Petronas rider Quartararo expressed concerns about the threat Suzuki poses to Yamaha.

“So, yes, I'm worried because both riders are very fast.

“Mir is in full confidence, so it's not easy for us because we are spread in this area and I think right now overall the bike is the perfect bike.

“So, yes, overall from the chassis, engine power, I think is really great, handling [also].”

Mir brushed off Quartararo’s assessment, noting that Yamaha “is getting pole positions, and the winner of the last race was one Yamaha”.

“I didn’t know Fabio rode my bike,” the Suzuki rider joked. "It’s really nice to hear someone that knows my bike better than me.

“What can. I say, of course the bike of the other people is better than the one you are using for sure.

“At the moment, the one that is getting pole positions is him and the winner of the last race was one Yamaha. So, I don’t know if I have to answer that question.

“Yes, for sure, I feel great and for sure we have a great package. Now, I feel good with the bike, I think we are in a good level. I’m ready to fight with these guys for sure.”