Quartararo was “making a lot of mistakes” in Algarve MotoGP

World champion Fabio Quartararo admits he was “making a lot of mistakes” before crashing out of the MotoGP Algarve Grand Prix, noting his race went away from him in qualifying.

The Yamaha rider struggled to seventh in Saturday’s qualifying at the Algarve GP and couldn’t make much inroads from there, despite feeling like he had pace to match race winner Francesco Bagnaia.

Quartararo would run as high as sixth, but got stuck behind the Pramac Ducati of Jorge Martin and couldn’t overtake owing to the Yamaha’s lack of top speed.

He would crash out of the race on lap 21 to register the first DNF of 2021 just two weeks after wrapping up the championship at Misano.

“I remember [in April] he [Bagnaia] started P11 and to overtake was not an issue,” Quartararo said.

“But today I stayed 15 laps behind Martin, even if he was riding one second slower, I couldn’t overtake.

“For me, the grip was much better. When we are before Moto2 it’s better, but to be honest we know that we are too far behind with the speed that we have when we miss the qualifying.

“I was just pushing on the limit, I was making a lot of mistakes, the one of the crash I was braking way too late and I tried to turn.

“So, I know why I crashed, but it’s really a shame we have this kind of difficulty because the bike is so good to ride. But with this speed you can’t make any mistakes.

“If I make a great qualifying I was able to fight for the victory for sure. But if you miss the qualifying you can say ‘bye bye’ to the win and the podium.” 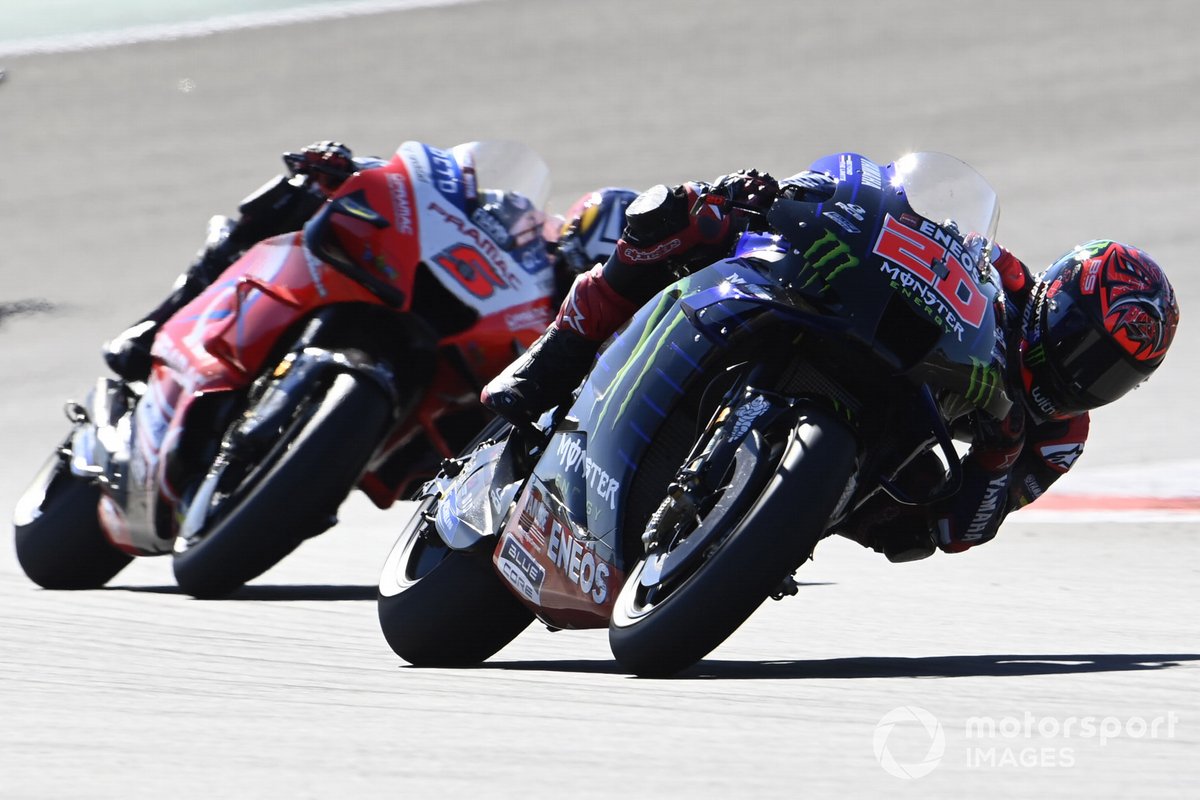 Quartararo’s difficult follow-up race to his title-winning grand prix follows a pattern from recent years, with Joan Mir crashing out of last year’s Portuguese GP having won the title in Valencia, while Marc Marquez retired from the Australian GP a week after winning the 2018 championship.

But the Yamaha rider says the pressure he had in the race didn’t feel different just because he was the champion.

“To be honest, no, because this morning my pace was good, all the weekend it was really good apart from Saturday afternoon,” he added.

“Then it’s just a shame to feel that difference, and to be honest when I crashed, I was just like ‘let’s see what happens’.

“I was on the limit, and I couldn’t make the corner but I know if I waited I would have been overtaken by the others and I just gave it a try.