Newly crowned 2021 MotoGP world champion Fabio Quartararo says he struggled to eat before Sunday’s title-deciding Emilia Romagna Grand Prix, as he had to come through from 15th.

Suffering his worst MotoGP qualifying in tricky conditions on Saturday at Misano, Quartararo fought his way through from 15th on the grid to run fifth in the latter stages of Sunday's race.

With title rival Francesco Bagnaia leading the race and on course to win, Quartararo was not set to wrap up the championship on Sunday.

But a crash for the Ducati rider on lap 23 just as he stretched away from eventual race winner Marc Marquez meant Quartararo – who finished fourth in the end – was the 2021 world champion.

Speaking about how he approached the race, Quartararo admits he felt terrible on Sunday morning and found it hard to eat anything before the grand prix.

"It was tough because I made a really bad start and I never experienced a MotoGP start at that far back and I think our front tyre pressure goes so much up [in a pack]," Quartararo began.

"And when I braked, I had a lot of moments almost crashing, so to be close to the podium was amazing today.

"It was a new experience, and also with the pressure of the championship today I was feeling really bad this morning.

"Let's say I had pain in the belly, it is the first time that I found it difficult to eat before the race, so today was a big day and today we managed to be world champion.

"After today I think the weight of trying to be world champion, from today, will totally lose the pressure and I can enjoy the two last races." 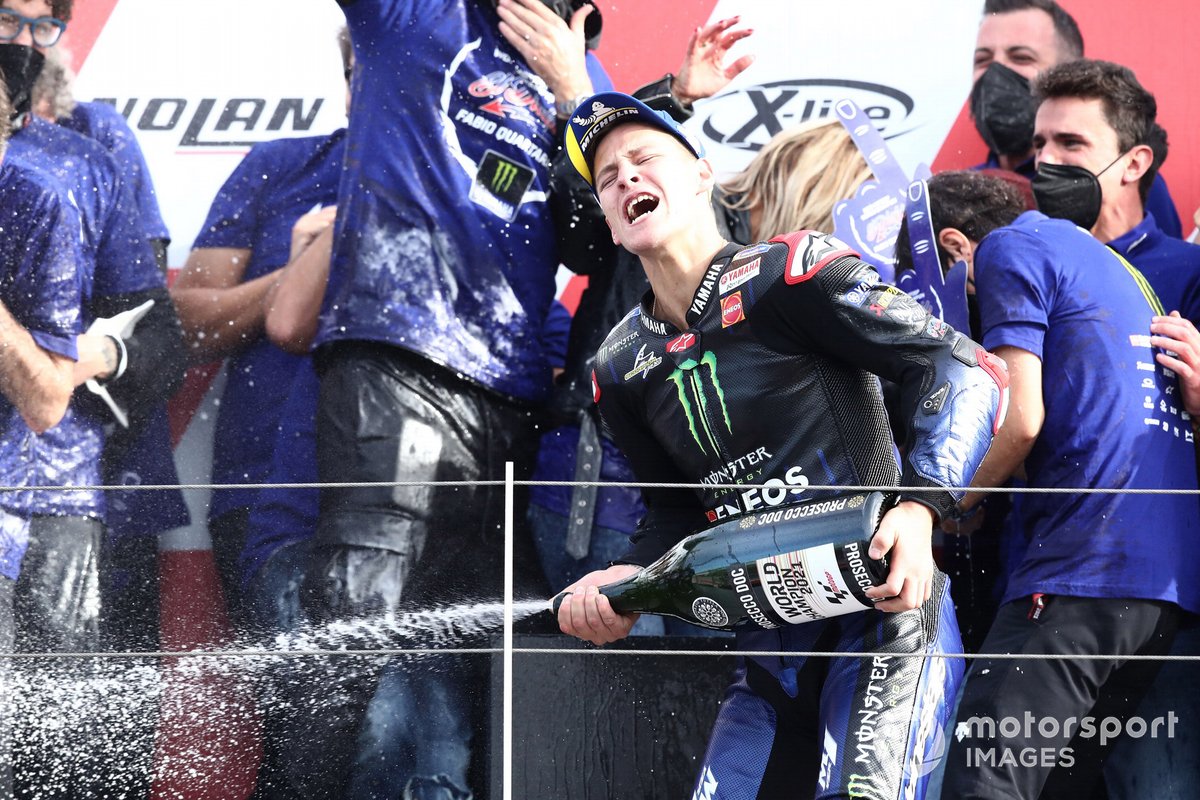 Bagnaia was one of the first people to congratulate Quartararo upon his return to pitlane at the end of the race, with the latter admitting winning the championship today with his rival crashing was not what he wanted.

"To be honest, it feels so good, I have no words," he added.

"It is not the way I wanted to win because of Pecco crashing, but we managed to get a really great year, a lot of victories and a lot of podiums, great results.

"I also gave it everything at the end to finish on the podium, but it was tough with our tyres, but I don't care, we are world champion, I could finish last today and the feeling would've been the same.

Quartararo has become France's first MotoGP world champion and the first Yamaha rider to win the premier class title since Jorge Lorenzo in 2015.