Quartararo came into grand prix racing billed as the next Marquez in 2015, but floundered in his early GP years in Moto3 and Moto2.

A breakout campaign in Moto2 in 2018 in which he won his first grand prix led him to a MotoGP ride with Petronas SRT and Yamaha for 2019, where he scored seven podiums and six pole positions.

Picked to replace Rossi at the factory Yamaha squad for 2021 way before the 2020 campaign even got underway, Quartararo won five races last season and gave the Japanese marque its first world title since Lorenzo in 2015.

Leading the championship ahead of his home round in France this weekend having won in Portugal and finished second in Indonesia and Spain, Quartararo will be looking to cement his advantage at Le Mans at a track the Yamaha typically excels.

Jarvis, who has worked closely with Rossi and Lorenzo at Yamaha, says Quartararo can be compared to past legends of MotoGP and is “a positive character” for the series.

“Certainly, he has that amazing natural talent that champions have,” Jarvis said when asked by Motorsport.com in an exclusive interview how he compared Quartararo to the likes of Lorenzo and Rossi.

“You can name those guys and Fabio stands in that group. 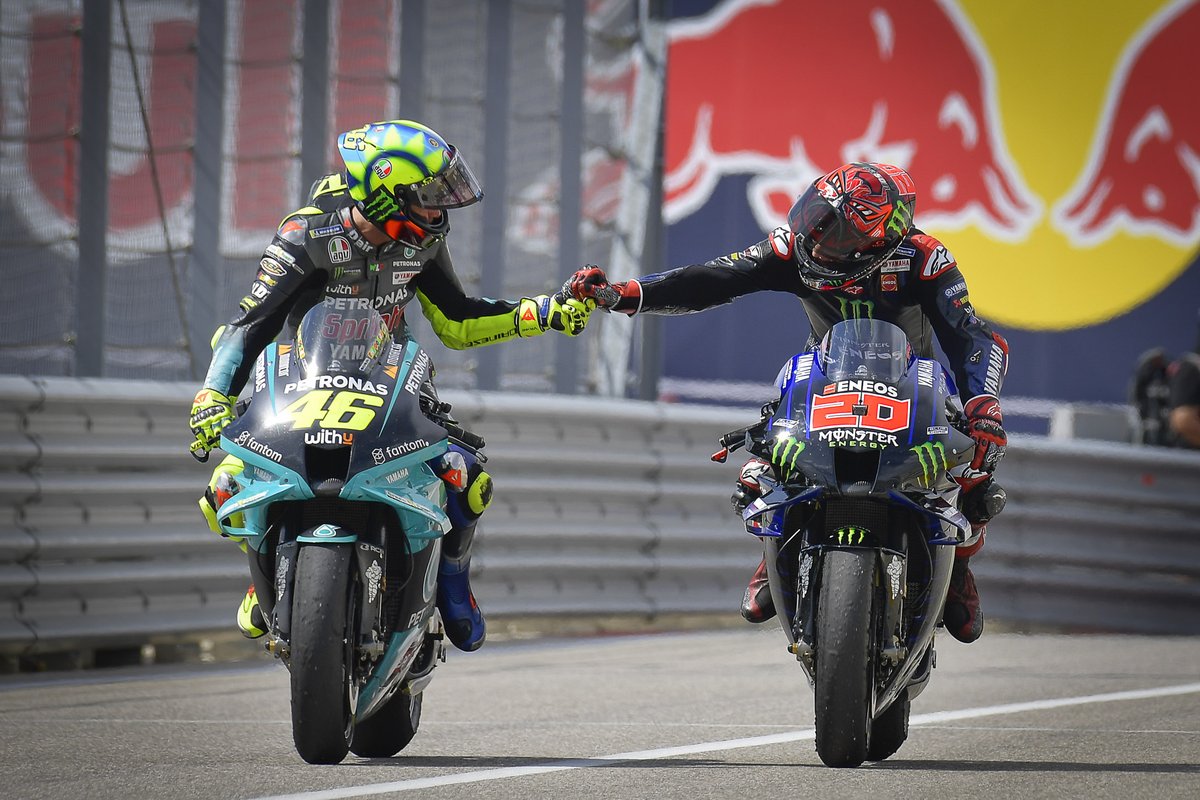 “He’s still very young, he’s only just turned 23. I think he has a very good future ahead of him.

“At the moment I think his riding style is – fortunately for us – perfectly matched to the characteristics of the M1.

“So, if we can give him a better, stronger package where he can fight on equal terms at least in a straight line, at least in outright top speed, then I think he can achieve multiple championships with Yamaha.

“So, I really hope he will stay with us. Not only does he have an amazing talent and speed, but he’s a super nice guy and a real positive character for the sport, for our team and for our brand. So, he’s got a 360-degree package.”

Quartararo is out of contract with Yamaha at the end of 2022 and is currently locked in negotiations with the marque about an extension.

Jarvis told Motorsport.com at Jerez last week that he hoped to have talks concluded by the end of June, while Quartararo denied rumours that he’d already signed a deal.