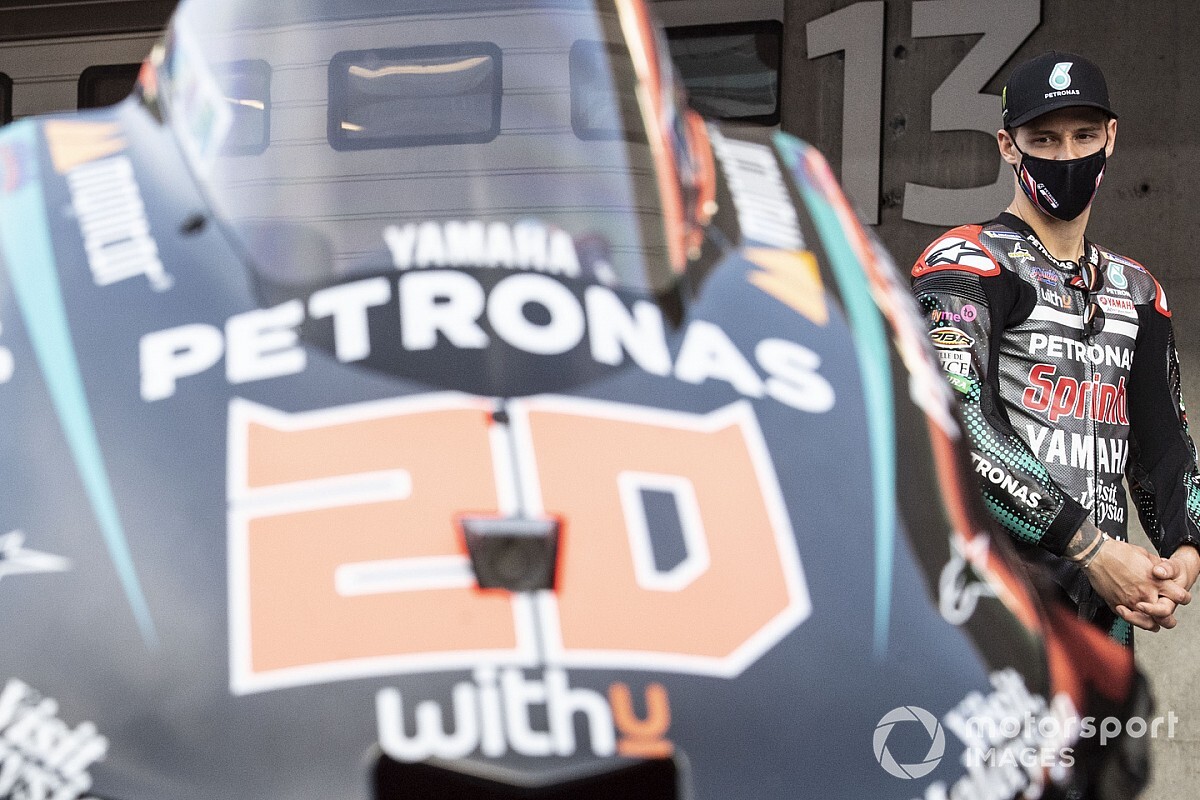 Fabio Quartararo says it’s more important to improve himself than his Petronas SRT Yamaha in the MotoGP Portuguese Grand Prix after a difficult recent run of races.

The SRT rider’s championship challenge crumbled dramatically since his Catalan GP win at the end of September, with the Frenchman fully surrendering his hopes last week in Valencia with a crash.

He, like all 2020 Yamaha riders, have been critical of the latest bike, but believes this weekend’s maiden MotoGP outing at the Algarve Circuit will be more about improving his own “negative” points than doing anything to the M1 with a view to 2021.

“Not really a base set-up because all the races we have been fast we had more or less the same thing,” Quartararo, who is 17 points off runner-up spot, said when asked by Motorsport.com if he viewed this weekend as partly a test session.

“So, we have it but I just want to improve on all the things that I saw negative from myself, trying to be on the track and say, ‘okay, what's my negative points since the beginning of the season? Okay, it's that, so for this GP I want to change everything and try to work in a really good way and see how it feels’.

“And I think it's more about myself than the bike. But for sure we'll try tests, we will try settings tomorrow that are important for the future.

“So will be a really important day for us. And I think that it's quite important for them, for us and also for myself.”

Maverick Vinales is just a further two points clear of Quartararo in the standings after a similarly difficult time aboard his factory Yamaha.

The Spaniard says his focus is no longer on where he finishes in the championship, and believes it’s more important to try and have fun on the bike this weekend as things can’t get “worse” for Yamaha right now.

“I think more the second part,” when asked by Motorsport.com if he approached the weekend as a test or simply to have fun.

“I think this is a track to enjoy, honestly. It’s a totally different track. It seems that it’s a very enjoyable track.

“I ride it with the R1 and it was amazing. I think with the MotoGP it will be very demanding, because you are all the time wheelying.

“It’s time to get a good one and make a perfect race. My mindset and our mindset is positive because it’s difficult to get worse.

“It’s the last race, I want to enjoy, to have good moments.”

Espargaro not a “proper MotoGP rider” until he joined KTM