MotoGP championship leader Fabio Quartararo admits he’s “not really” feeling pressure from title rival Francesco Bagnaia despite his “perfect” form continuing with pole at the Grand Prix of the Americas.

Bagnaia has scored three poles on the bounce since Aragon, converting his previous two into back-to-back victories to cut Quartararo’s championship lead down to 48 points with four races to go.

The Ducati rider dominated qualifying at the Circuit of the Americas on Saturday, beating Yamaha’s Quartararo by 0.348 seconds for pole.

With Bagnaia showing strong race pace in FP4 along with the likes of Quartararo, third-placed Marc Marquez and Jack Miller back in 10th, the Italian is in a strong position to reduce his championship deficit further in Sunday’s 20-lap grand prix.

However, when asked by Motorsport.com if he is now starting to feel pressure from Bagnaia’s form, Quartararo said: “To be honest, not really.

“I mean, in his position, he is doing the perfect job since Aragon. He’s made three pole positions, two wins, so he couldn’t do better.

“But to be honest I feel also good in this track. Then of course on Sundays before the start you always feel a little bit more nervous.

“In the race in Misano I was feeling more nervous than normal, but this is normal. You are getting closer to the end and you feel nervous.

“But as soon as I start the race I feel normal, so at the moment it’s not a big difference.” 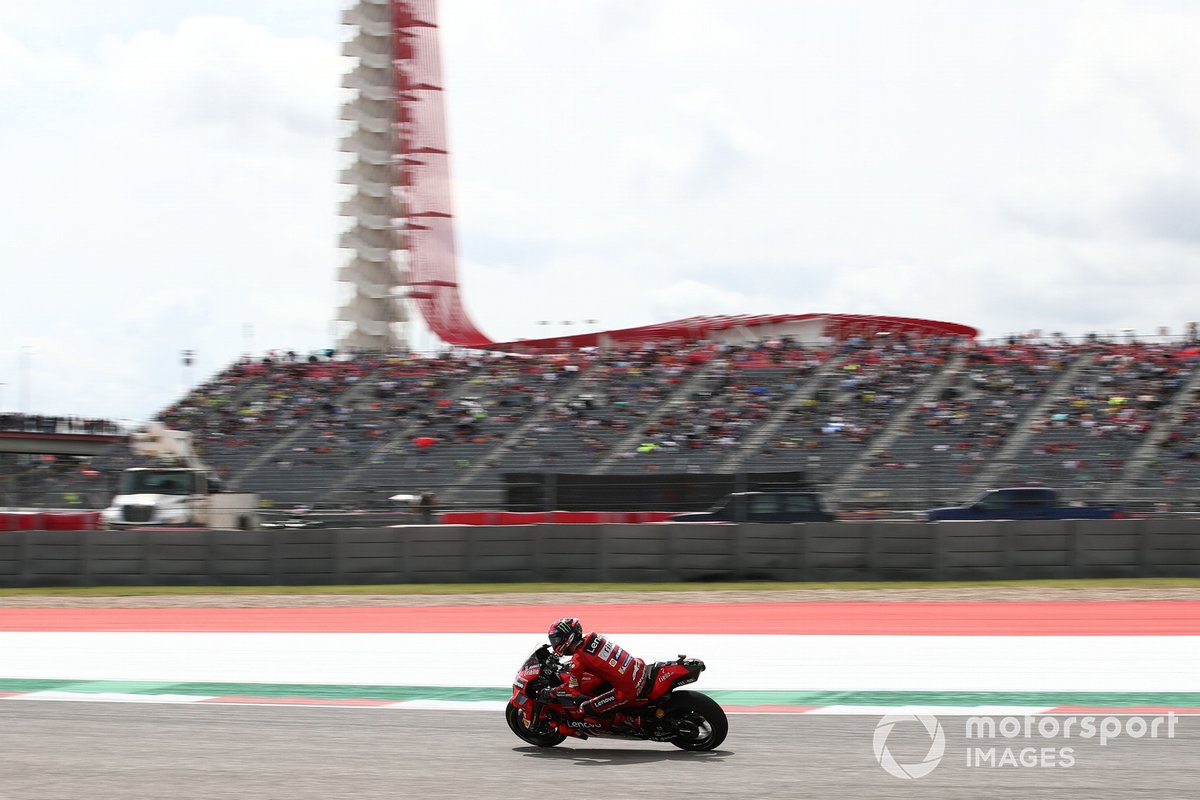 Quartararo did admit his front row – the 14th of the season – did come as a surprise to him, as did Bagnaia’s 2m02.781s lap, while noting that he dropped time on his best effort because he had “some trouble” over the bumps at Turn 10 on his Yamaha.

“In the first run I had some trouble, then I really decided to push.

“Sector one was great, but then in Turn 10 I wanted to keep a little bit of margin because we have some trouble on the bumps.

“But second here is really positive and it was great fun.”