MotoGP championship leader Fabio Quartararo admits his pace at Mugello is currently “opposite” to what it was when won at the track in 2021, after a low-key run in practice for the Italian Grand Prix.

Ahead of the weekend, the Yamaha rider conceded that the next two rounds at Mugello and Barcelona were going to be tough for his bike due to the demands placed on horsepower at these tracks.

Despite these concerns, Quartararo did still manage to overcome his horsepower disadvantage in 2021 to dominate the race at Mugello.

Though he currently holds a place inside the provisional Q2 qualifying group after Friday having ended the day ninth, Quartararo was 0.628 seconds off the pace and was unhappy with his current form.

With six Ducatis inside the top 10, Quartararo says it’s not “impossible” to go up against the Italian marque on Sunday but concedes he is unlikely to be able to combat the Ducati riders based on current form.

“Nothing is impossible, but at the moment I see that is really difficult,” he said when asked about racing the Ducatis.

“I feel like we have to first of all take the feeling that we have normally, which for me in sector three going into Turns 8 and 9 our bike is really stable and then I arrive there moving.

“So, it’s not the right thing to follow the Ducati there because we know to have the pace of them we have to have everything perfect like last year.

“At the moment we are opposite, so we have to work out tomorrow if the weather can help us.” 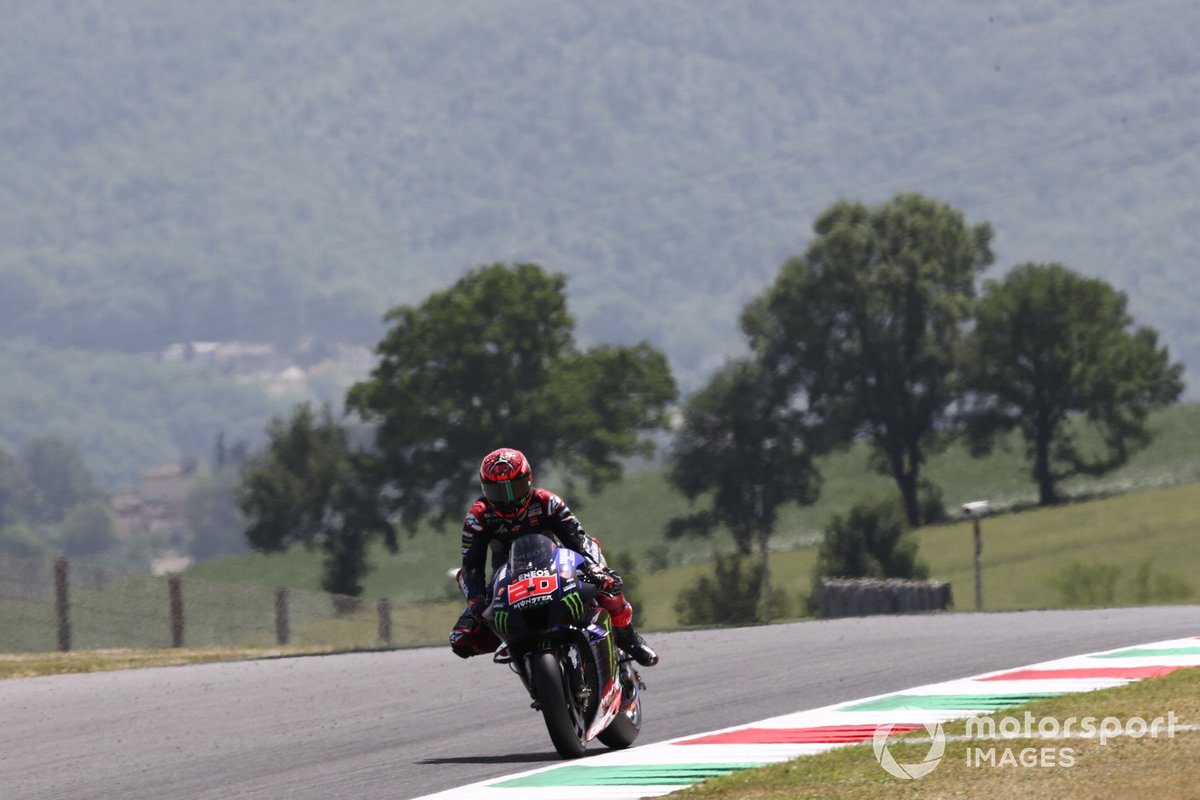 Quartararo added: “I’m not satisfied by my pace or with my fastest lap.

“I don’t know, my feeling is totally different from last year. Our bike is really, really similar and I don’t have the same feeling.

“I don’t know why, but we need to find something. Tomorrow we will put on exactly the same set-up as last year.

“But I didn’t feel great today and it’s a long time that I didn’t like that.”

Any gains from it appear marginal as Quartararo was third from last on the top speed charts, some 9km/h slower than the fastest bike, while he suffered more wheelying out of the corners.

“Looks like it’s a little bit better on the top speed, but we have a lot of wheelie,” he said of the new aero.

“It’s really similar to last year’s aero package, but out of the corners we have a lot of wheelie. So, it’s not easy, but we decided – even if it’s just 1km/h [better] – to use the new fairing.”

Ahead of Friday’s running, RNF Racing announced it would be parting ways with Yamaha at the end of 2022 and becoming Aprilia’s satellite outfit.

Quartararo sees this having little impact on Yamaha, however, as “since the beginning of the season, we have not checked any data from the team”.