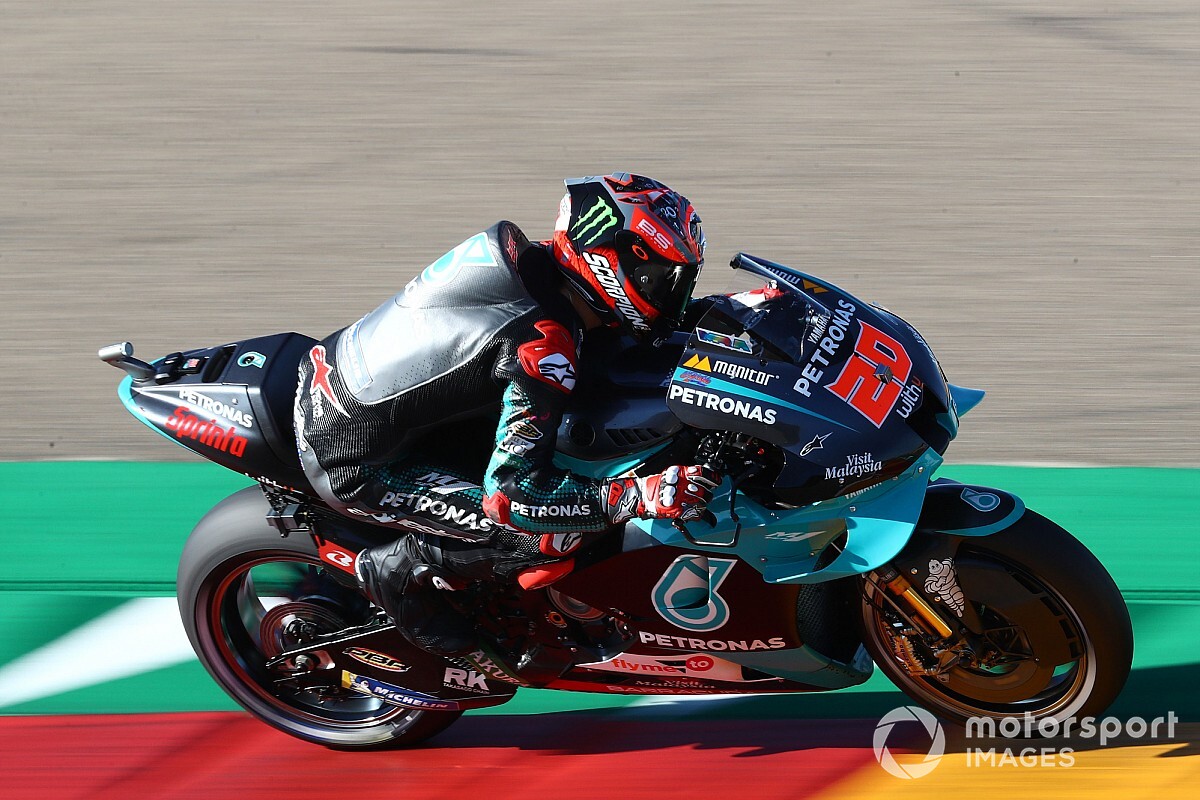 Fabio Quartararo says he has “no idea” why he “lost everything” in terms of feeling with his tyres on his Petronas SRT Yamaha in the MotoGP Teruel Grand Prix.

Quartararo struggled to eighth place in the second Aragon round on Sunday, losing further ground to third-placed Joan Mir at the top of the standings – his deficit now 14 points.

The Petronas SRT rider has struggled across both Aragon weekends to get the tyres to work, but felt like his team made a breakthrough in the warm-up session on Sunday morning.

However, he says from the opening lap he was losing grip “aggressively”, but doesn’t blame his medium/medium tyre choice as that was the combination teammate Franco Morbidelli dominated the grand prix on.

“The tyres were ok,” Quartararo said. “Franco won and made an amazing races with the medium/medium on the Yamaha. So, the tyre choice was good.

“Not happy because in the morning we found something quite positive that we felt fast. But in the race I lose everything, the feeling from the front."

"When I was behind, I wanted to do like I was doing in FP4, but as soon as I was opening [the throttle] I was losing grip so aggressively and this is why I was not really happy because in the morning I was so happy about the work we did, but as soon as I arrived to the race from the first lap [I had] no feeling, no grip, no traction.

“It’s so, so strange, I have no idea why but this strange.”

Quartararo says the improvement he was able to make relative to his rivals between Aragon races was “small” and feels he has struggled more whenever two races are held at one circuit.

“We made an improvement from the first week to the second, but it was little.

“We had no consistency, also Maverick [Vinales] the first week he was so fast, he was the man to beat but finally he finished fourth.

“And now he finished half a second in front of me. At the end it’s difficult to understand.