Yamaha’s Fabio Quartararo says he is “hoping” for a grip turnaround like he experienced in Barcelona after struggling on the first day of the MotoGP German Grand Prix.

The 2022 Yamaha doesn't perform well when grip is at a premium on tracks, with the reigning world champion admitting on Friday in Barcelona he was worried about his pace in low grip conditions before ultimately going on to win the race as the circuit improved over the rest of the weekend.

Quartararo has gone through a similar Friday at the Sachsenring, ending the day seventh overall having struggled in FP2 on the hard rear tyre.

"So, it was not bad, but it I felt like it was a used tyre," Quartararo said of the hard rear Michelin option.

"The performance in the beginning, I didn't feel any positives. So, that's why I didn't really like it. [It felt] like a used tyre, basically.

"I went out with the new hard and it was like it already had no performance. When I swapped to the soft, the gap was way too big and it was, I would not say difficult to make a good time attack, but first lap was 1m20.6s, then 1m20.4s, 1m20.4s.

"So, I could do a bit better but when you come from a hard and go to a soft that is much softer, the difference is way too big." 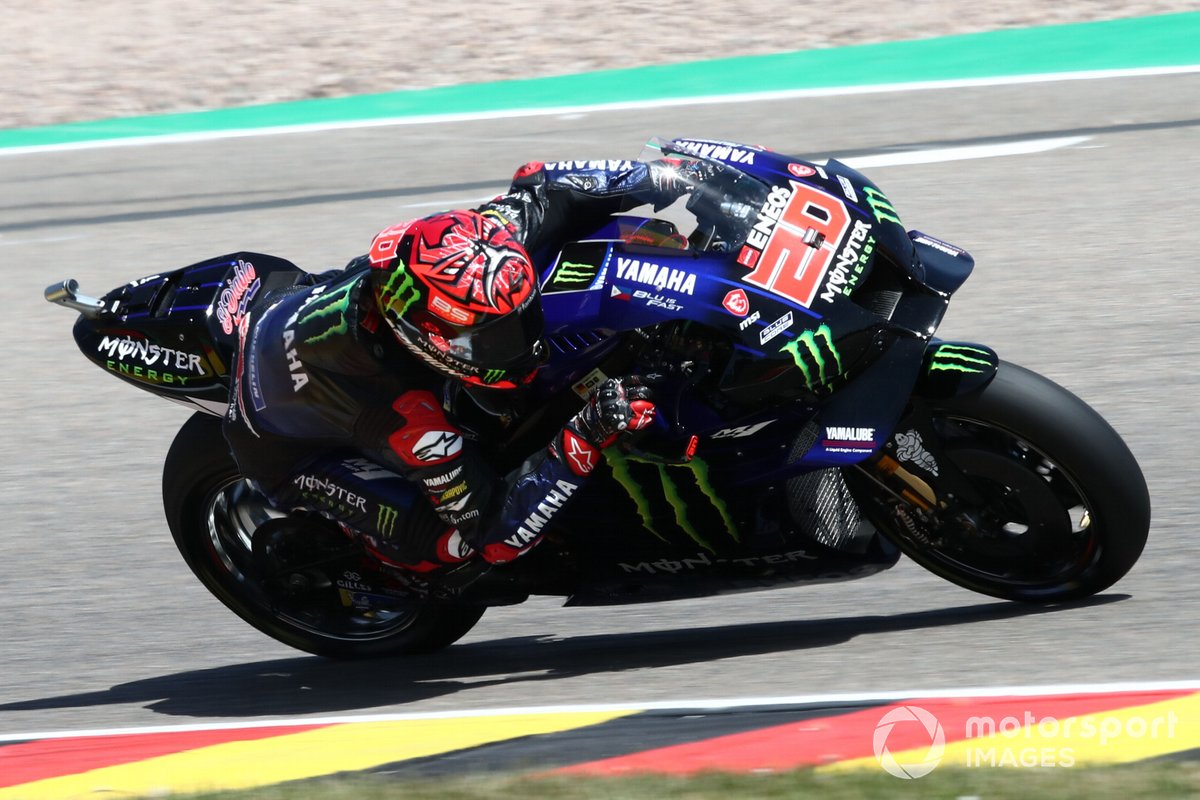 Asked whether the medium could be a race option, the championship leader said: "For me, yes. I only tried it in the morning, but in the morning I did 24 laps, it was not so bad.

"But the thing is, maybe there's more performance with the medium. But then the drop is bigger, so we need to find a solution because I remember in Barcelona the first day I was struggling so much with the grip, and then it was better every day.

"So, I hope tomorrow will be the same and we improve. When the grip is low, we struggle more, so hopefully tomorrow the grip is better and we can improve."

Quartararo says the hard rear he used on Friday was pre-heated, but the medium he felt better on was also pre-heated, so isn't convinced this is the main issue.

"The medium of this morning was pre-heated also, and I don't think it was a big change," Quartararo added.

"Hopefully it's a problem of the pre-heated tyre, but I don't think it was the problem. It was pre-heated from Barcelona, I think."