Quartararo finding it “hard” to keep motivated against MotoGP rivals

Yamaha’s Fabio Quartararo says the steps his rivals made in FP1 at the MotoGP Japanese Grand Prix were “really beautiful”, which is “hard” to remain motivated through.

By:
Lewis Duncan
Co-author:
Léna Buffa
Listen to this article

Despite missing top spot by just under half a tenth on Friday, Quartararo says the margin his nearest rivals have over him when it comes to time attack runs is “amazing” and the fact whatever he does on the Yamaha is “never enough” is difficult to accept.

“Intense. But was quite good,” Quartararo said of his day.

“I think our pace looks not too bad. But to see the margin the others have compared to us is amazing because I was on the limit from the first lap and our margin is not so high.

“So, actually it’s quite tough out of the acceleration with the holeshot devices and aerodynamics Ducati has, it was tough.

“But I feel we did our best today and it was quite ok.

“Looking at the qualifying [time attack laps], we're at the limit. Maybe we'll be able to improve a little bit but the others are setting the time on the third lap, they're above and honestly they've done something really beautiful.” 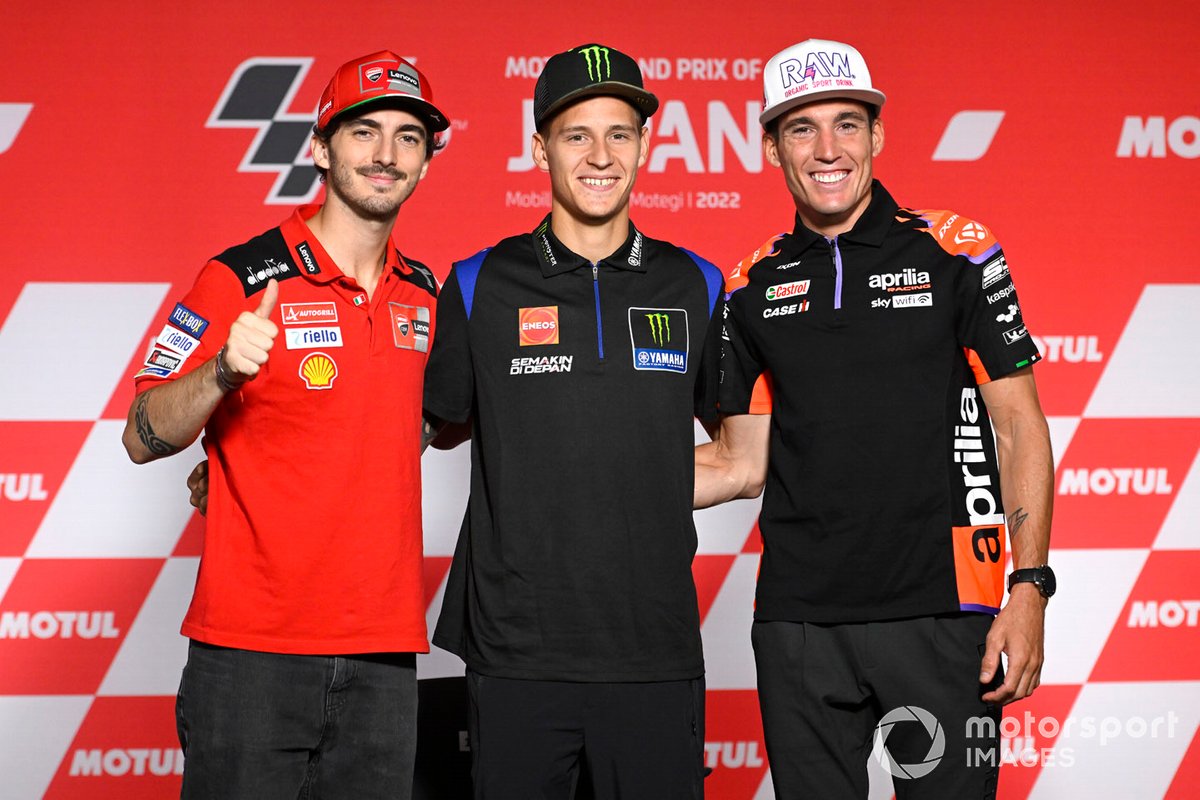 When asked if it was difficult to stay motivated through this, Quartararo added: “It's hard, because you know you're doing your best and it's never enough.

“You can do as much as you want, it's never enough, so it's hard but we have to keep it until the end anyway, until it's over.”

Quartararo was seen on several occasions reaching for his injured chest when he finished a run, but insists the abrasions he suffered in his Aragon collision with Marc Marquez didn’t hinder him on the bike on Friday at Motegi.

“It was a little bit strange in the beginning because it burned a little bit,” Quartararo said of his injury.

“But after the first few laps you adapt and it was nothing. So, it didn’t affect my riding.”