Reigning MotoGP world champion Fabio Quartararo says he is approaching the coming 2022 season “like if I was not champion”, as his primary goal must be race wins.

Quartararo made history in 2021 when he became the first French rider to win the MotoGP title, while ending a six-year drought for Yamaha in the process.

Winning five races across the campaign, Quartararo wrapped up the championship with two rounds to spare.

His title defence begins this weekend in Malaysia with the first two-day pre-season test of the year, but he says he doesn't come into the year approaching it as if he is the title defender.

"I'm challenging exactly the same as last year, like if I was not champion," Quartararo said following Yamaha's 2022 launch presentation.

"My goal at the moment is like I start last year, not to say I want to be world champion.

"Of course, it's the long-term goal, but the short-term goal is to win races and make podiums, because without this you can't be world champion.

"So, basically it's the first step to be world champion; to fight for victories and podiums." 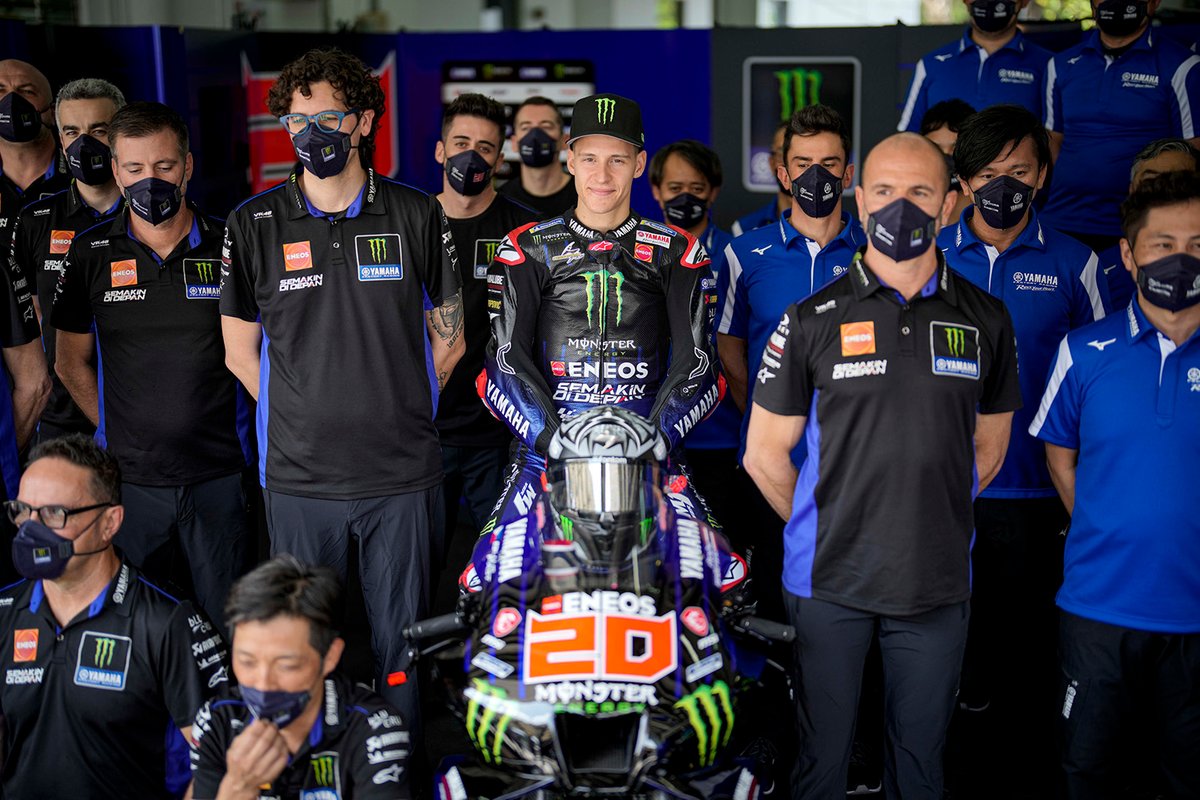 "And I don't why the champion must have more pressure.

"I have less pressure because I achieved my dreams and most of the riders can't achieve this dream to be MotoGP champion. I feel less pressure to be honest."

Quartararo is yet to sign a deal for 2023, and admitted after the Jerez November test that he won't put pen to paper with Yamaha before he's seen tangible progress with the YZR-M1 in testing this year.

Commenting on the situation with Quartararo, team manager Massimo Meregalli said he is "quite confident" both parties can agree a new deal.

"We are always in contact with Fabio's management and we are working to fix this important matter as soon as possible," Meregalli noted.

"For sure he is the priority number one, and we are quite confident that things are going the right direction."