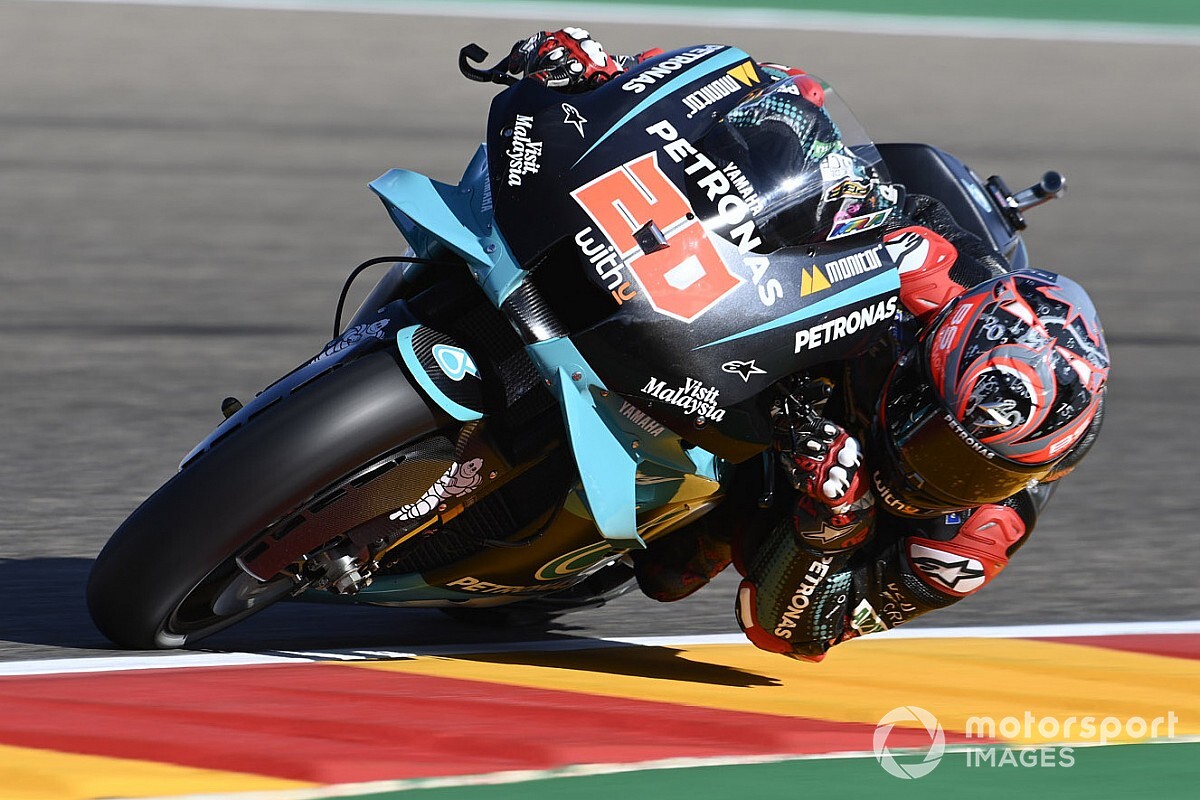 MotoGP championship leader Fabio Quartararo expects Ducati to bounce back from its difficult Friday at the Aragon Grand Prix and is wary of its “big potential”.

No Ducati rider made it into the top 10 on Friday, with the best-placed GP20 runner Andrea Dovizioso 1.2s off the pace in 13th, behind the Avintia duo of Johann Zarco and Tito Rabat as they all struggled with the cold and windy conditions. Dovizioso has been on the podium at Aragon for the past two seasons, while Pramac’s Jack Miller ensured two Desmosedicis made it to the rostrum.

With the wind set to die down for the remainder of the weekend, Quartararo expects Ducati to figure more prominently up the order: “They will come back,” he warned. “We know Ducati is always struggling with the wind, but they will come.

“Last year they were there to fight. They [finished] second and third. Of course, Marc [Marquez] was far away, but they had a great bike to fight for the victory. So, for sure with less wind they will be better.

“Looks like the conditions will be a little bit hotter tomorrow and Sunday with less wind. So, I think they will come back and we know they have a big potential here. From my side, I hope they will not come.”

Quartararo feels he has “something to improve” with his M1 and his riding style compared to Vinales and team-mate Franco Morbidelli, who flanked him on the timesheets. Nearest title rival Joan Mir, who trails him by 10 points in the standings, was half a second from Quartararo in fourth but seems to have made a step forward over a single lap.

Asked by Motorsport.com if he was worried about Mir potentially qualifying much closer to the Yamahas this weekend, Quartararo replied: “No, I’m not worried. The most important thing will be the pace and in the end in Barcelona, in the second corner he was just behind me. So, for me I’m not worried. Of course, it’s better if he starts further away.