Quartararo: Ducati does “something crazy” in MotoGP qualifying

Yamaha’s Fabio Quartararo says it’s hard to beat Ducati in qualifying because the riders do “something crazy”, after Francesco Bagnaia stormed to pole at the MotoGP French Grand Prix.

Bagnaia led a Ducati 1-2 ahead of teammate Jack Miller on Saturday at Le Mans, setting a new lap record of 1m30.450s to claim his second pole of the 2022 campaign.

Quartararo was involved in the pole battle through to the chequered flag, but had to concede defeat and settle for fourth on his factory Yamaha for his home round.

The Frenchman says he was “on the limit” on his bike to produce a 1m30.688s, so wasn’t disappointed at not making the front row given how strong the Ducati is in qualifying trim.

“I was disappointed, but two minutes later I was happy,” Quartararo said of qualifying fourth at Le Mans on Saturday.

“On the qualifying, we miss something – all the time, not only in qualifying.

“Ducati is able to really do something crazy. And the riders, I would not say only Ducati.

“But we are all the same in the race pace. So, it’s difficult to really make the difference.

“So, I’m quite happy because I think 1m30.6s with our bike is… I feel on the limit, I have nothing more, and compared to the other Yamahas the gap is quite big.

“So, it’s also a reference for me that we are doing a good job.” 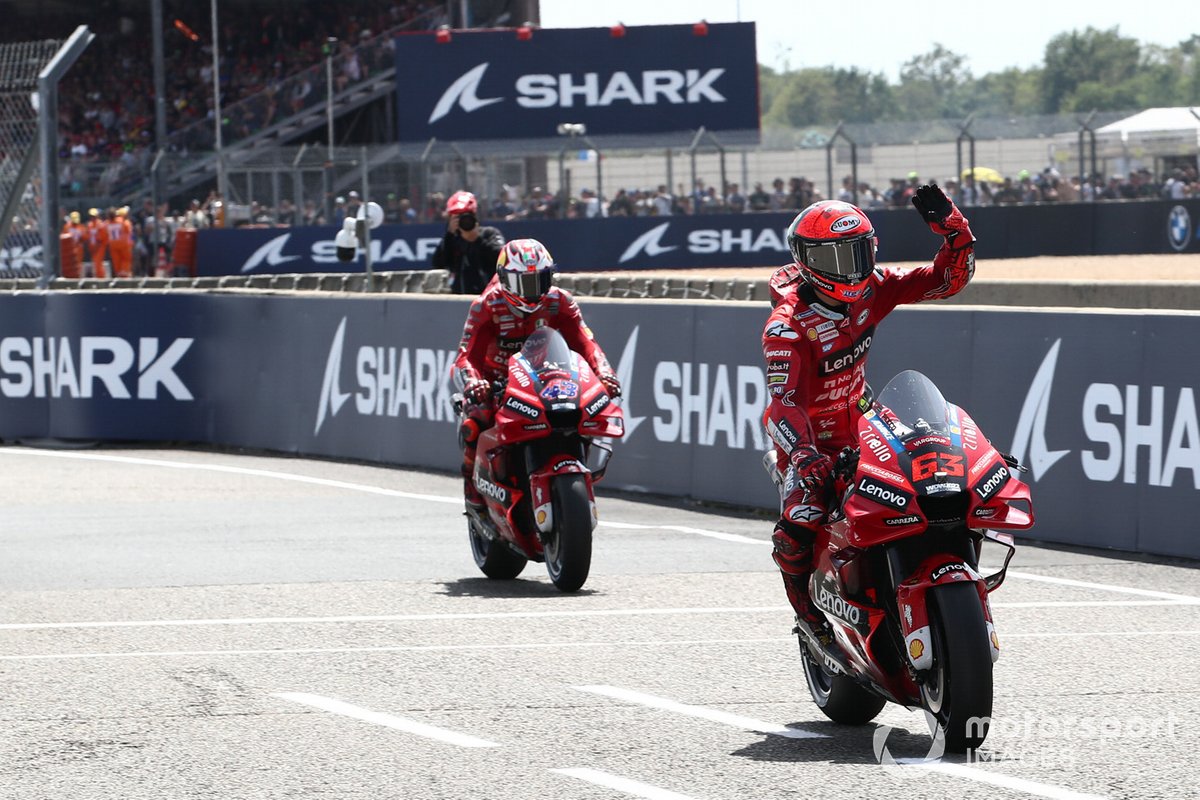 The Yamaha not only struggles with a lack of top speed relative to the Ducati, but the M1 struggles more than most bikes when riding behind other machinery with increasing front tyre pressures.

At the previous round at Jerez, Quartararo was forced to ease off at one point in his chase of Bagnaia to keep his hard front tyre from overheating.

But the Yamaha rider is confident he won’t have the same troubles as Jerez on Sunday at Le Mans should he not be able to clear Bagnaia, Miller and Aprilia’s Aleix Espargaro early.

“No, because in Jerez I was alone with the hard front and already it was on the limit,” he said when asked if he was concerned about a repeat of his Jerez race.

“Here we have the soft front and the front tyre is not overheating and doing high pressure.

“So, I’m not worried. I don’t have a lot of overtaking points of course, because the Ducati in the acceleration zone is always playing [with us].

“But 27 laps is long and you always have the opportunity to attack.”