Quartararo arrived in Thailand 18 points clear of Ducati’s Francesco Bagnaia in the standings as he continues to struggle with the limitations of his Yamaha package.

Despite the demands placed on top speed and acceleration, Buriram has typically been a strong circuit for Yamaha – with Quartararo finishing the 2019 race in second.

The Frenchman ended Friday’s dry running fifth overall and just 0.274 seconds off the best pace of Pramac’s Johann Zarco, with Bagnaia second-quickest while the pair’s other main rival in Aleix Espargaro was 13th.

Though he admits he was “on the limit” in practice on his Yamaha, Quartararo believes he would have been higher in the order had his final time attack laps not been hindered by yellow flags.

“Good, especially this morning,” he said of his day.

“This afternoon was great. Unfortunately, in the last time attack I had two yellow flags and in one lap I made a mistake.

“So, apart from the that I think our pace was quite OK.

“Especially when I put in the new medium rear tyre, I had a used front and this track I could feel quite a lot. So, it was not a bad day.

“I didn’t feel good today on the bike, I was a little bit on the limit.

“But, the conditions will be changing quite a lot and a little bit like always you can see the top five today was the same bikes.

“But I think I would have also been there if I didn’t make a mistake and [get caught out by] yellow flags.” 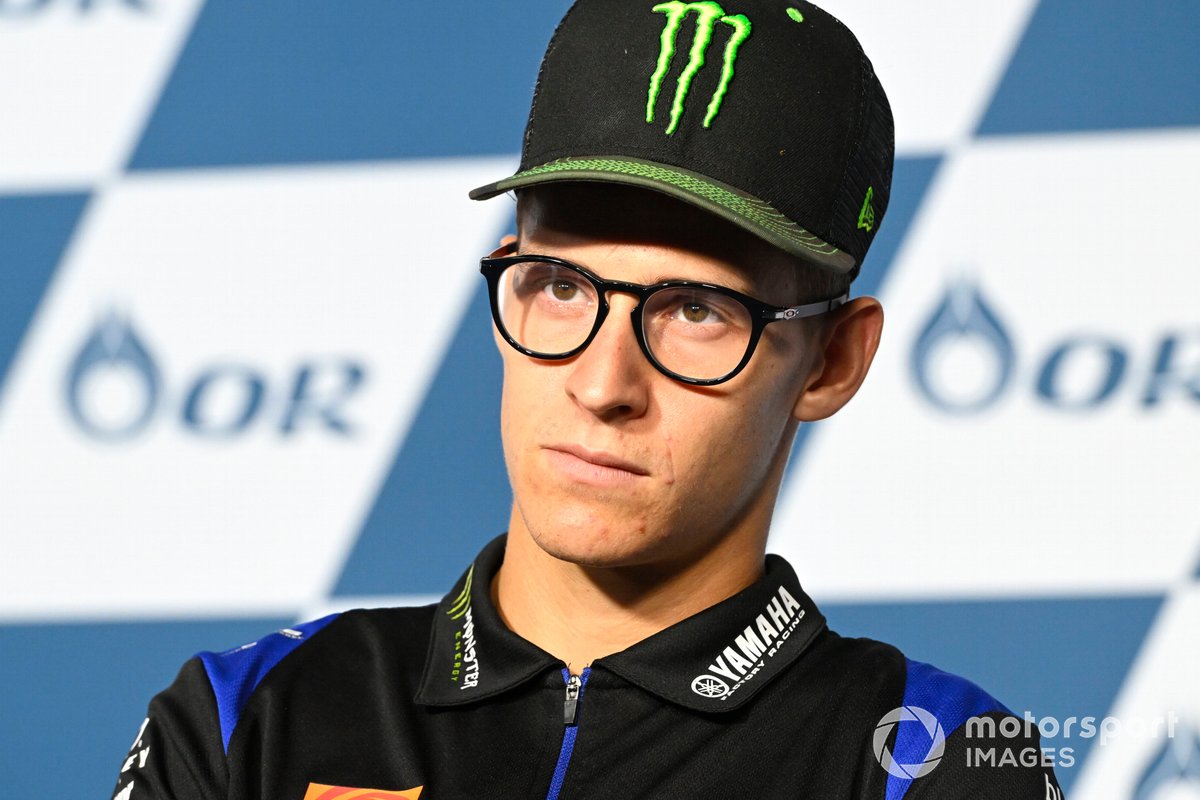 Quartararo was angered on track in FP2 by VR46 Ducati rider Luca Marini following him in the early stages.

Ducati has repeatedly insisted it will not deploy manufacturer orders to help Bagnaia win the championship, but Marini’s actions did raise questions about whether this was some sort of tactic.

Quartararo dismissed it as being anything deliberate in practice on Friday, but acknowledged that Ducati has a lot of cards to play in terms of strategy given it has eight riders on the grid.

“They have eight [bikes], so they can play pretty well,” Quartararo added.

“Then, unfortunately, I don’t have any help. Today I had Franco [Morbidelli] in front, but he was gone.

“So, actually I will do it by myself because I think a team strategy will be difficult to do.”