Quartararo could be the next champion, says Espargaro 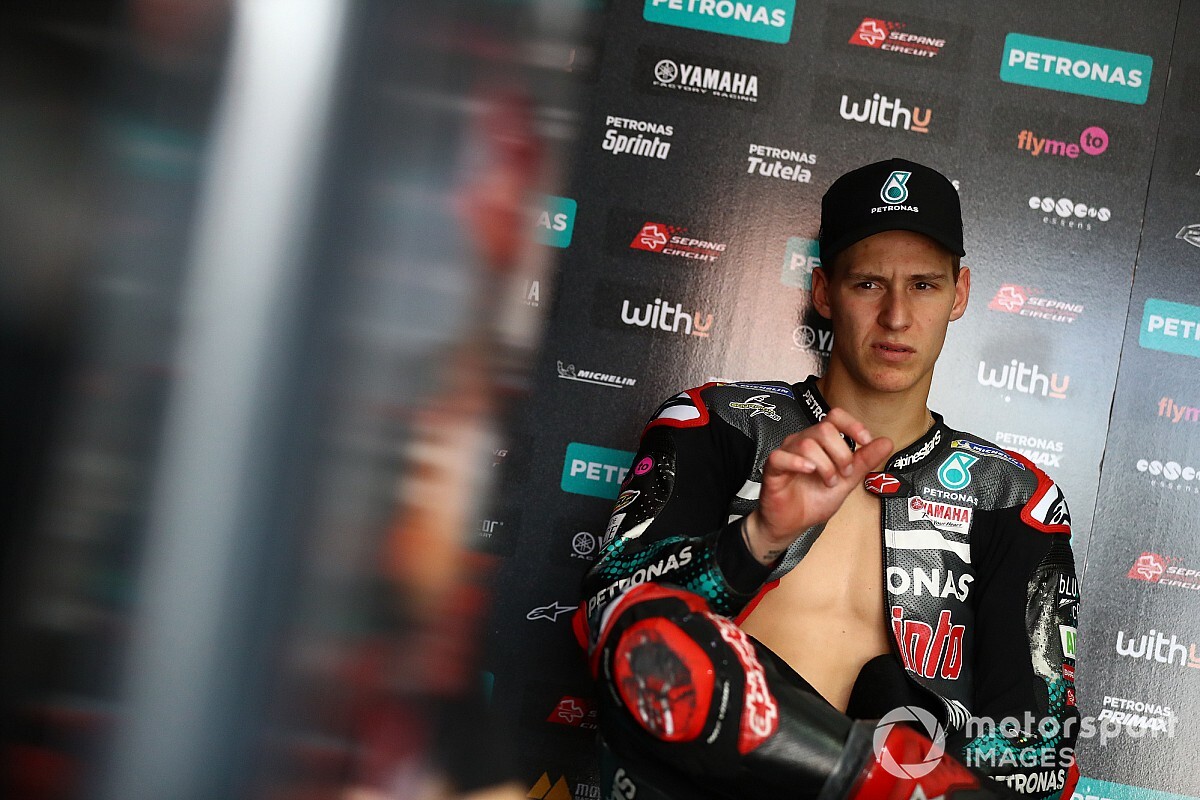 Fabio Quartararo has been tipped to become MotoGP's next champion, perhaps as soon as this year, by rival Pol Espargaro.

Given that the 20-year-old Frenchman emerged as one of Marc Marquez's most consistent rivals in the latter portion of the year, KTM man Espargaro feels Quartararo could be an even bigger threat now he will be on the same spec of bike as Yamaha's factory riders.

"It's possible," Espargaro said in an interview with Sky Italia when asked if Quartararo could be the next champion. "He's a very strong rider, he's young, he's hungry, he's not afraid of anything and he's in a great team.

"But now his job will be difficult, because it's not easy to select the new material to ride the bike and go immediately fast. He will probably make mistakes and now he will have to work on his mentality, for development, to handle the pressure, to get results.

Next season Quartararo will step up to the works Yamaha squad in place of Rossi, a move that Espargaro thinks is the right one for the Iwata marque's future.

"Yamaha must look to the future, focus on what it will do in the years to come," said Espargaro. "The present is Valentino; he's still strong, he's a marketing force, he's very popular.

"But Yamaha wants to win by focusing on the youngsters as all the manufacturers have done: Ducati with [Francesco] Bagnaia, Honda with Alex Marquez, Suzuki with [Joan] Mir, KTM with [Brad] Binder, and them with Quartararo.

"Everybody wants young talent for the future, so Yamaha did well to close the whole rider market in three days."

Suzuki tipped to be this year's "revelation"

Espargaro also reckons that Suzuki pair Alex Rins and Joan Mir will figure strongly at the front this season off the back of a strong showing in the Qatar test in March.

"In my opinion the revelation of the season will be Suzuki, I have never seen them so competitive," said Espargaro. "They were strong in all conditions [at the test].

"I really like the team and the bike works well, especially when there is less grip.

"In the afternoons, during the test in Qatar, when the humidity was very strong, Rins always maintained a great rhythm."

Podcast: How Ducati is fighting the impact of coronavirus