Pramac Ducati rider Jorge Martin admits he was “lost” on Friday at the Australian Grand Prix before rebounding on Saturday to claim MotoGP pole at Phillip Island.

The Spaniard is making his first visit to Phillip Island as a MotoGP rider, as it returns to the calendar for the first time since the COVID-19 pandemic began.

Martin was only just inside the top 10 at the end of Friday’s running and later admitted that he was struggling to understand the flow of the Phillip Island circuit on his Ducati MotoGP bike.

But on Saturday he snatched his second pole of the season by just 0.013 seconds from Honda’s Marc Marquez with a new lap record of 1m27.767s.

“Yeah, for sure always making a lap record, you don’t do it every day,” Martin said. "I did it in Austin, here again.

"So, I’m super happy, I am enjoying the moment because it’s been a while since the last time.

“Qualifying went great, I felt super-good on the first run, but then I thought it would be really difficult to go even faster because I struggled a bit with the front on the second run this weekend.

“But I was on the limit, risking a lot but finally I got a good reward.

“For sure yesterday I was quite lost, but I think the experience I took yesterday, trying to understand a lot of the references is important to understand what time to go into the corners. So, I did a big step from yesterday.” 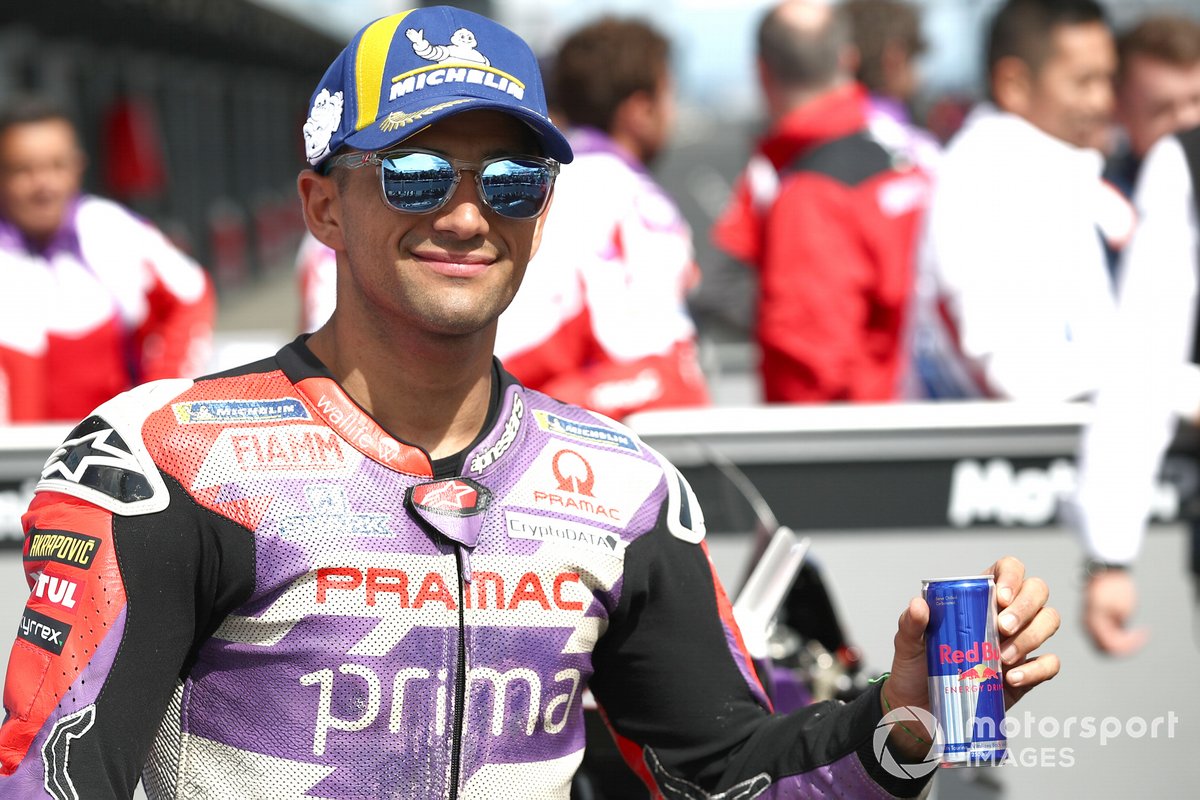 Martin will be joined on the front row for Sunday’s race by factory Ducati counterpart Francesco Bagnaia, who lines up third.

Bagnaia is just two points behind championship leader Fabio Quartararo heading into the race and starts two places ahead of the Yamaha rider, with Aprilia’s Aleix Espargaro – who is 20 points adrift in third – sandwiched between them.

The Italian was unhappy with his bike in time attack trim after Friday, but credited a set-up change in FP4 prior to qualifying in boosting him to the front row.

“Today the objective was surely to be on the front row,” Bagnaia said.

“It’s always very important, so I was seeing that in the second exit… already it was in the first exit, but more so in the second that there were more riders behind me.

“So, I said ‘I’ll try to stop a bit in the outlap but if they don’t go in front of me I will push’ because I know the lap time was not good enough to remain in the front row.

“I know that with a reference in this track you can drop a tenth, so I already accepted it and I just tried my best to be on the front row.

“Thanks to the modification we made to the setting in FP4, it helped me to be more competitive in Q2.”