Satellite Ducati riders will have 'direct' link to Factory team

Ducati has announced that American Ben Spies and Italian rider Andrea Iannone will campaign the 2013 MotoGP season on Pramac Ducati machines following the contract signing that took place in the last number of days. The news was officially confirmed by Ducati on Wednesday 12th September ahead of this week's GP Aperol di San Marino e della Riviera di Rimini at the Misano circuit.

Speculation had been rife that Pramac was seriously considering Iannone (23) for the satellite ride following a number of impressive performances while testing the MotoGP machine. The rumours became even more widespread following the current Moto2 rider’s last outing on the Ducati at Mugello where he beat Valentino Rossi’s best lap time at the circuit. Iannone is a 12-time Grand Prix winner with four of these wins in the 125cc championship and the remainder in Moto2 on both Speed up and Suter machinery. He has finished third in the last two seasons of Moto2. 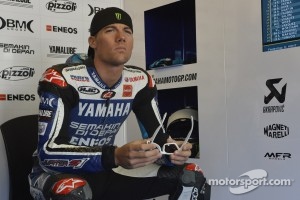 The signing of Spies is surely to have surprised some but for most it was the most plausible outcome for the American rider who is parting ways with the Yamaha Factory Racing team at the end of this year. Spies was being head hunted by a number of teams in the World Superbike paddock wanting to hire the American with his unquestionable pedigree on a Superbike wining three AMA titles with Suzuki before winning the World Superbike championship in only his rookie year with Yamaha before moving to MotoGP the following year. Spies will mark his 50th race in the premier class this weekend.

Meanwhile the current Pramac rider, Hector Barbera hasn’t made an official announcement on his future but has been informing his fans on his Twitter page he is looking for a ride in the CRT class. Following a turbulent season this year with multiple injuries affecting his performance Barbera is due to return to the track this weekend following his most recent injury of damaged vertebrae. The Spaniard’s best finish with the team is 7th and has been as fast as Rossi in some races and even out-qualified the Italian on a number of occasions.

Telling his fans on Twitter Babera tweeted, "My future will be in MotoGP. I spoke with various teams to drive a CRT, I'm considering all offers and I hope we can give you more news soon. As you know, next year will not run on the Ducati of the Pramac team. I do believe that he played a good season, with the exception of injuries. I hope to be able to close well how I started.”

“Anyway, I want to thank the Pramac because the bike was very experimental and yet we were able to go as loud as the riders. For 3 years we have been the best Ducati satellite without having the same motion. This is the sport, and even though sometimes it is not right, things are so. Now I want to focus on the next race, for whom I have great expectations,” Barbera added. 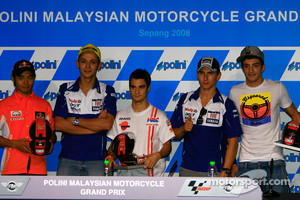 The full press release from Ducati reads: “Ducati announces that it has signed an agreement with American Ben Spies and Italian Andrea Iannone to compete in the 2013 MotoGP World Championship. Having already confirmed Nicky Hayden and announced Andrea Dovizioso for the Ducati Team, the Italian manufacturer now reaffirms its confidence in and commitment to the MotoGP World Championship, finalizing its line-up for next season with two riders who are fast and competitive, already protagonists in the MotoGP and Moto2 World Championships.”

At the same time, the partnership has been renewed between Ducati and Pramac Racing, which will continue to be entrusted with management of the satellite team. The two riders, who have a direct link with the company, will be supplied with official equipment. This agreement will enable additional important support in the development of the Desmosedici MotoGP project, offering a further opportunity in the process of improving the performance of the Italian bike,” the statement ends.