Ducati MotoGP satellite team Pramac will have Automobili Lamborghini as its title sponsor in the upcoming Grand Prix of the Americas, the team has announced.

According to reports in Italian media, Scavone was arrested in March in Naples in connection with an investigation into large-scale tax evasion.

Pramac did not issue a comment when the news broke, but the branding of the Alma company – which deals with matters of temporary employment and has backed Pramac since 2017 – was gone from its bikes and other bits of team equipment in Argentina.

“Running a Grand Prix as important as the United States, with the Lamborghini logo next to the Pramac one on our fairing, is a source of great satisfaction for us,” said team boss Paolo Campinoti.

“We are proud to have Automobili Lamborghini as title sponsor of the Grand Prix of the Americas and this underlines that the relationship between Lamborghini and Pramac goes beyond the feeling of deep friendship that binds me to [Lamborghini CEO] Stefano Domenicali.” 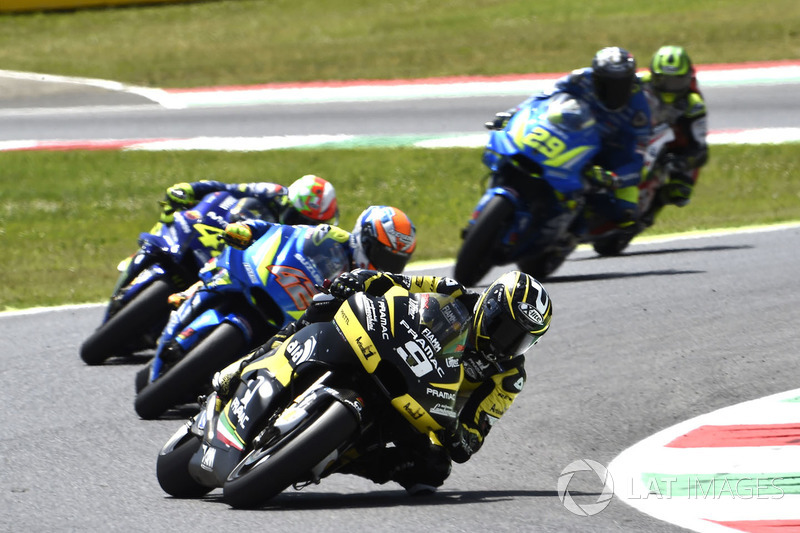 Lamborghini has made a pair of Huracans (for Miller and Bagnaia) and three Urus SUVs (for the team staff) available to Pramac for the COTA round.

“What better occasion than the Austin GP to confirm the important collaboration between Automobili Lamborghini and Pramac Racing,” said Lamborghini CEO Domenicali.

“The main objective of this collaboration is to create a system of Made in Italy excellence. The United States is the ideal place to develop, consolidate and communicate the concept of great Italian manufacturing. The synergy with Pramac goes in this direction.”

Espargaro "cannot give advice" to Zarco on KTM transition