Pol Espargaro: "Yamaha has not fulfilled its promises" 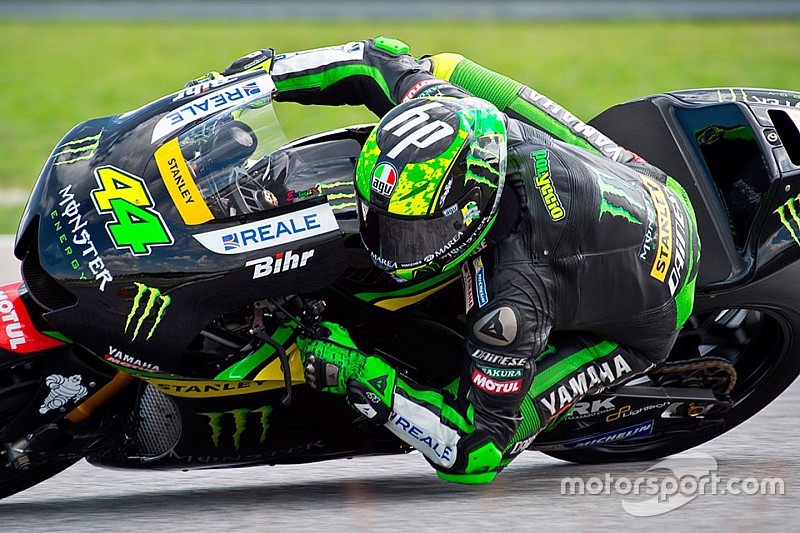 Tech 3 Yamaha rider Pol Espargaro is not happy with his current situation, and his anger was obvious during an exclusive chat he had with Motorsport.com a few days ago at Phillip Island.

The Spaniard is not feeling at all comfortable on his satellite Yamaha M1, his fury only growing when he looks at the other side of the garage and sees what a great time Bradley Smith is having,

The Briton was the only other rider alongside Valentino Rossi to have scored points in all the races last year, finishing sixth in the standings with 181 points - 67 more than Espargaro, who wound up ninth.

For Espargaro, Yamaha has to accept an equal share of the blame for the gap between him and his teammate.

"The start of the year was dismal. Then we improved and in the end it wasn't that bad," says Espargaro, who then goes on to analyse his problems: "In MotoGP, the riding style is key and even more so at Yamaha.

"I can't work with this bike, and we have tried a hundred different things. The only way to ride this bike is the way Jorge does it. And in that respect, he and I are like black and white."

Last week, during the second round of pre-season testing in Australia, the man from the town of Granollers near Barcelona was closing the gap slowly on the fastest riders.

He was seventh on the opening day, 1.3 seconds slower than Danilo Petrucci; on the second he was 13th, a second off Maverick Vinales; and on the third he finished eighth, half a second behind Marc Marquez.

Ahead of the third and final test that kicks off in Qatar next Wednesday, Espargaro is only thinking about how to move forward, although he knows it will not be easy - especially if Yamaha doesn't give him a hand.

"I need their help and I'm not feeling it," said the Spaniard. "In the first year they wanted results and they got them: I finished sixth despite being a rookie. My bike was the top satellite.

"But Yamaha made a lot of promises that they didn't fulfill. Last season we could use five engines and we used three. We didn't get the seamless gearbox. So how much of a factory-backed rider am I?

"I don't think it's a question of resources, because it's Yamaha who is paying me and I have a good deal. But it may be foolish to be a factory-backed rider if I have the same bike as Bradley.

"Sometimes I wish I made less money, but got better equipment."

Lorenzo ready to wait until mid-season for new Yamaha deal

Crutchlow: “Factory teams aren’t all they're cracked up to be”