Pol Espargaro admits the lack of pre-season testing in 2021 meant he came into the Qatar Grand Prix opener in March “not ready” for his Honda debut.

The 2013 Moto2 world champion made a shock switch from KTM to the factory Honda squad for 2021, but found the transition immensely difficult.

With COVID-19 forcing pre-season testing to be cut down to just five days in Qatar before the first two races of the year at Losail, Espargaro was left playing catch-up for most of the campaign.

The 2021 Honda lacked rear grip, which caused issues for its riders exiting corners as well as into them – Espargaro unable to utilise his normal braking style of using the rear brake as a result.

Several post-race tests during the season allowed him to make some headway, with Espargaro scoring pole at Silverstone and claiming his best-ever MotoGP result of second at the Emilia Romagna GP to complete Honda's first 1-2 behind Marc Marquez since 2017.

Reflecting on his first season as a Honda rider, Espargaro admits he started it really on the back foot, but felt tangible progress had been made on the bike on the run in to the end of the year.

"Basically, the experience in MotoGP is half of the way – it's super-important," Espargaro said.

"And especially when you are changing bikes, the level now in MotoGP is fantastic, it's super, super high.

"We went into the first race in Qatar not ready, actually, with a few a laps in Qatar [testing] and a few laps on the bike.

"So, definitely I was not ready. Then I needed to discover how to ride the bike during the race weekends, which is very, very difficult because you have all the pressure, you want to perform well, you have crashes, you have no time to work on the bike. 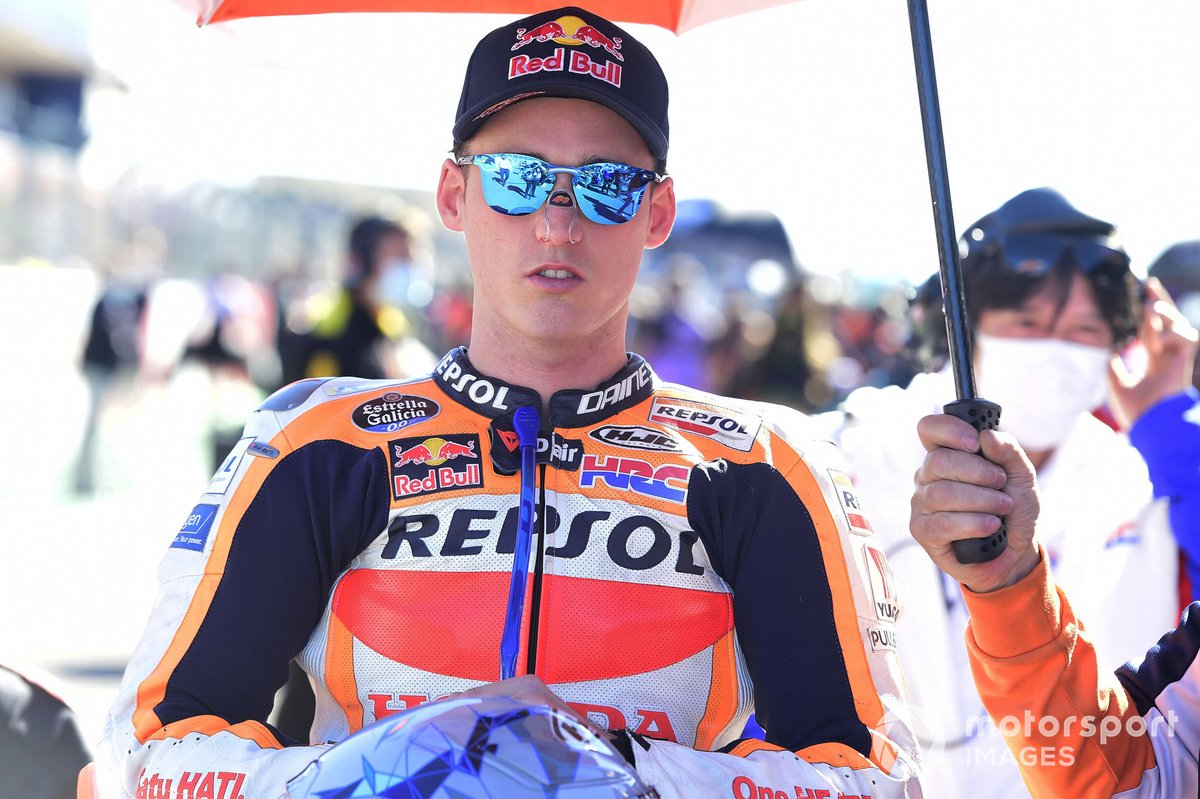 "Sure, if we could have this experience at the beginning of the year, like if the race in Portimao [the Algarve GP] was the first race, the year would have been much easier and different.

"What was good is we ended with a pole position and a podium, we fought for top five positions in the last races and this is something great."

Espargaro ended the year 12th in the standings on 100 points – 42 adrift of Marc Marquez, who missed four races through injury and crashed out of four others.

After the two-day post-season Jerez test, Espargaro – who was still battered from a violent crash which ruled him out of the Valencia finale – was positive about the steps Honda had taken with its 2022 bike, noting that the updated RC213V had regained that missing rear grip.