Honda’s Pol Espargaro’s MotoGP Dutch Grand Prix weekend has been plunged into doubt as he admitted to struggling more with his ribs than expected, which led to breathing troubles.

Espargaro crashed heavily in FP1 last weekend in Germany and was left with an injury to his ribs.

He had to withdraw from the latter stages of the Sachsenring race due to the pain he was experiencing, but had expected to fare better this weekend at Assen.

However, after a good start in the wet FP1, Espargaro’s injury problems returned in the drying FP2 session, where rib and back pain meant he “struggled to take air in” while on the bike.

He says he will now have treatment to see if he can ride better on Saturday, but admits there’s “no sense” in continuing if he can’t be fast.

“I expected to be much better here,” Espargaro said on Friday at Assen after ending the day 19th overall. “But in FP1, after we put the soft tyre on in the wet, I felt good.

“I was fast, I was third in the morning. But in the afternoon we started to put in soft tyres, there was quite a lot of tension because the situation on the track was difficult.

“Then I pushed and I felt that straight away my ribs started to hurt quite a lot, and then also my back.

“All the muscles that protect my ribs on my back to compensate for all the power you do on the ribs and the abdomen got super tense and I had an unbelievable contraction on my back.

“I struggled to take the air and sometimes I was struggling to talk after the session.

“So, now I’m going to take some treatment, some anti-inflammatory to see how this reacts for tomorrow and see if I can ride.

“If I’m not able to ride fast and perform well, then there’s no sense in riding.” 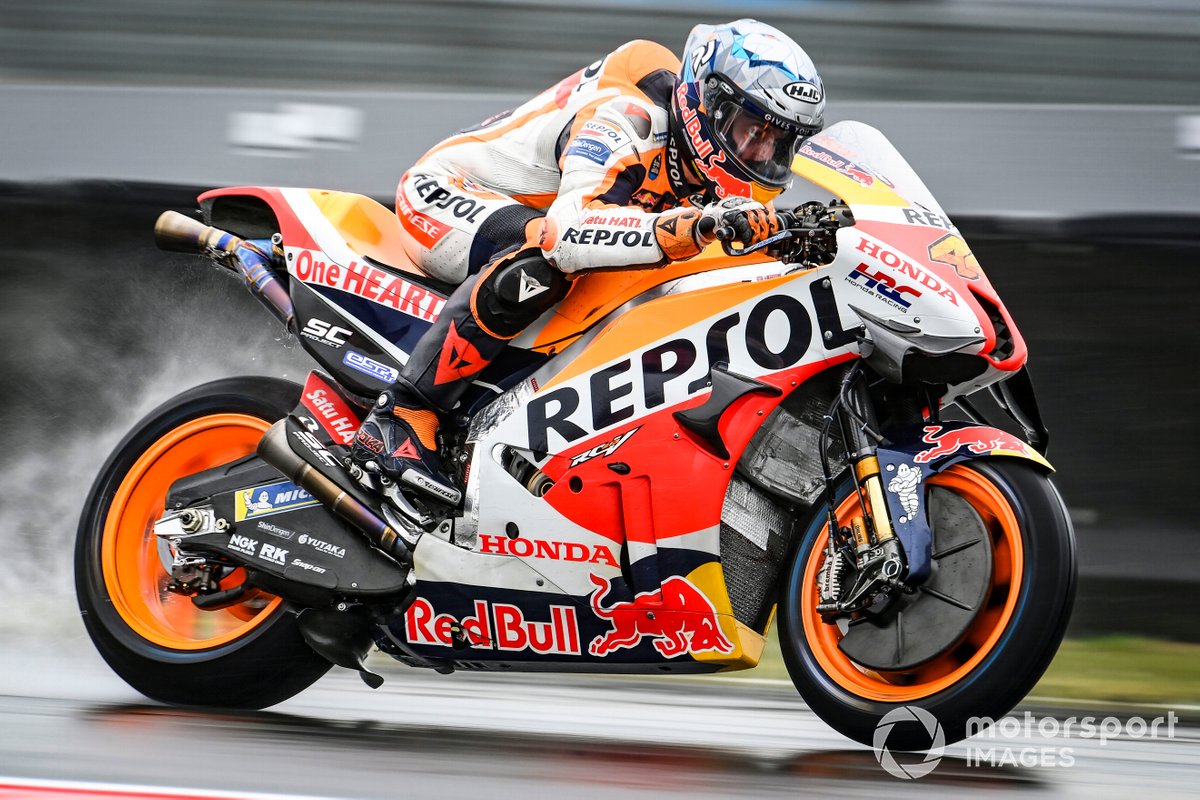 Espargaro also revealed that on the Monday after the Sachsenring race he “couldn’t even wake up off the bed” due to his injury, but felt better on Wednesday and Thursday before Assen.