Podcast: How Mir took control of the MotoGP title fight

Joan Mir’s maiden MotoGP victory in the European Grand Prix came at a crucial moment, as it strengthens his championship lead to 37 points with two rounds to go. 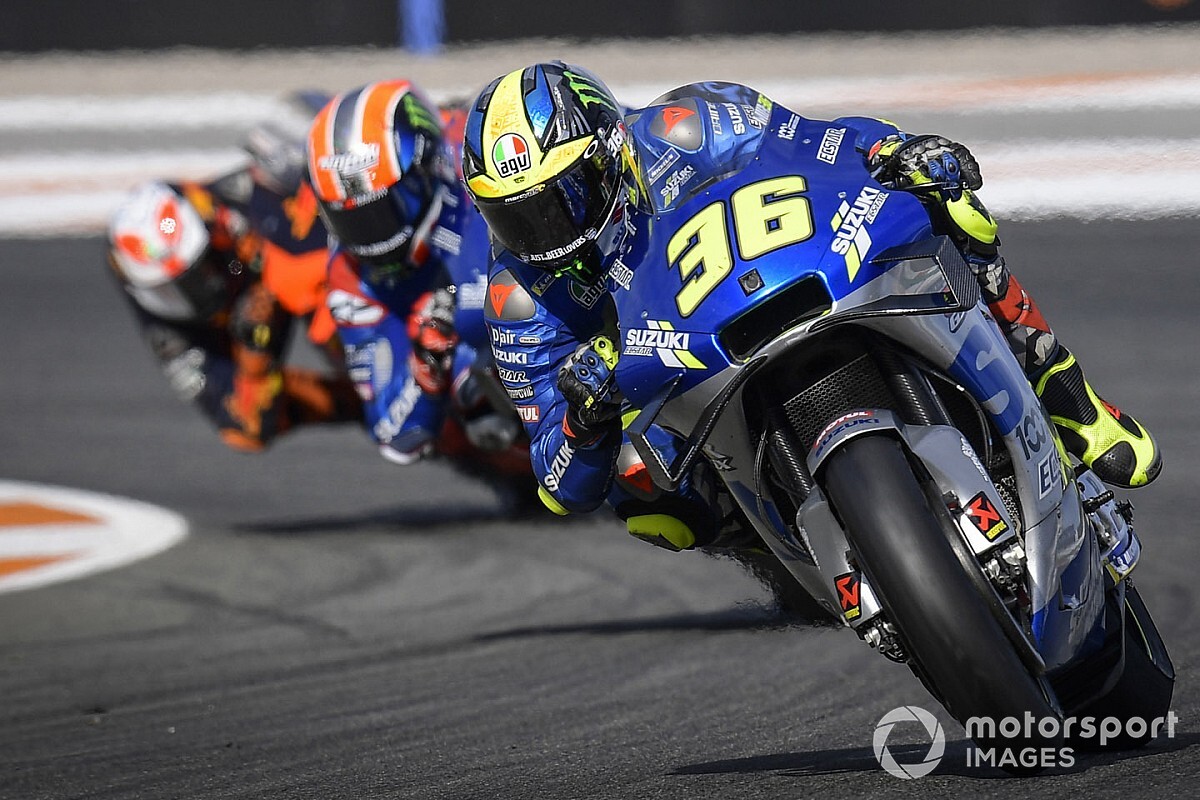 The Suzuki rider led home the Japanese marque’s first 1-2 in the premier class since 1982, with team-mate Alex Rins now joint-second in the standings with Fabio Quartararo.

The Petronas SRT rider crashed on lap one and could only salvage 14th, all but ending his hopes on a miserable weekend for Yamaha, which included a pitlane start for Maverick Vinales and a penalty being handed to the marque over illegal engines used at the Spanish GP.

In the latest Tank Slappers Podcast, Autosport’s Lewis Duncan and Motorsport.com’s Oriol Puigdemont discuss the European GP, Joan Mir’s rise to champion-elect and the incredible effort Suzuki has put in since it returned to MotoGP in 2015.

They also dissect Yamaha’s engine saga and assess its battered championship hopes, as well as Andrea Dovizioso’s decision to take a sabbatical in 2021.

Where it all went wrong for 2020's MotoGP title favourite

Morbidelli forced to ride in “safety mode” due to pressure issue