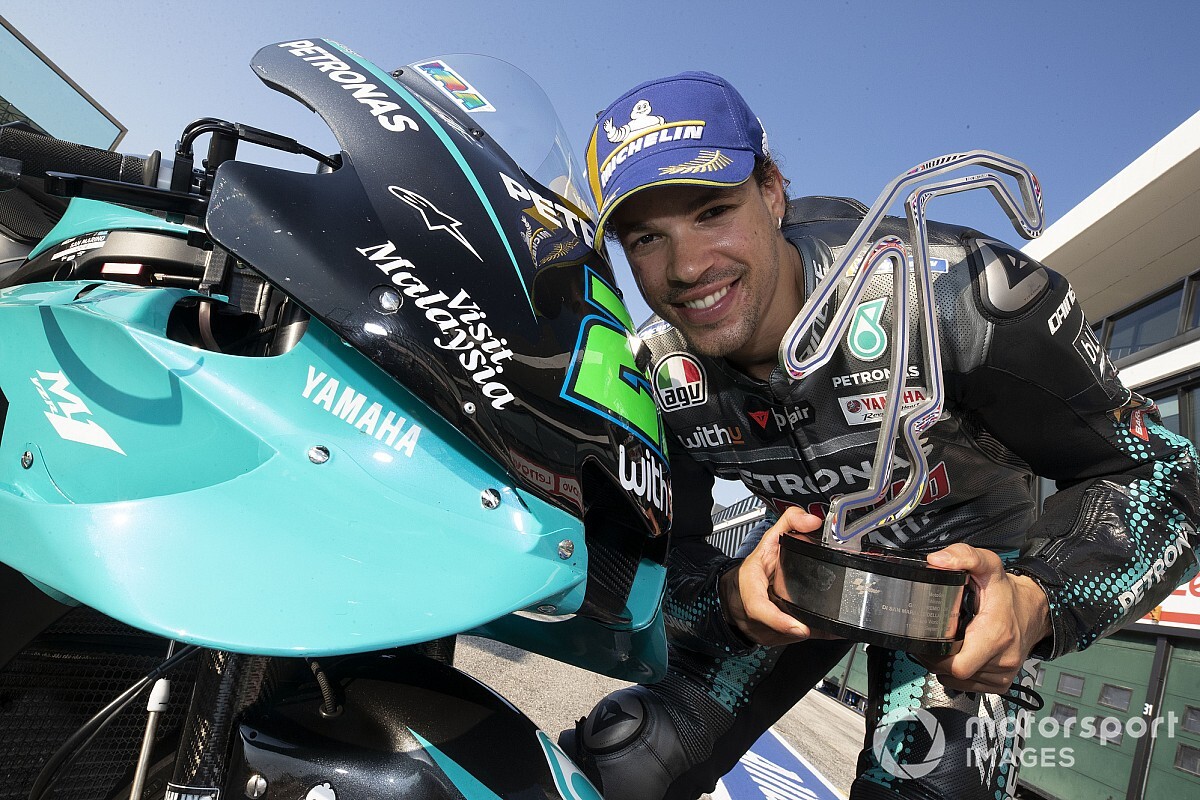 MotoGP crowned its fourth first-time winner in an incredibly dramatic 2020 season, as Franco Morbidelli scorched to victory in the San Marino Grand Prix.

The Petronas SRT rider endured a tough 2019 as he faced up to the surprise challenge of rookie sensation team-mate Fabio Quartararo. But Morbidelli worked on himself across the winter and has been a much stronger force, with the 2017 Moto2 champion absorbing immense pressure from mentor Valentino Rossi early on to dominate the Misano race.

Plucked from relative obscurity by Rossi to join his VR46 Academy, Morbidelli’s rise to MotoGP race winner has been a real story of triumph over hardship.