Pirro to make wildcard outing for Ducati at Mugello 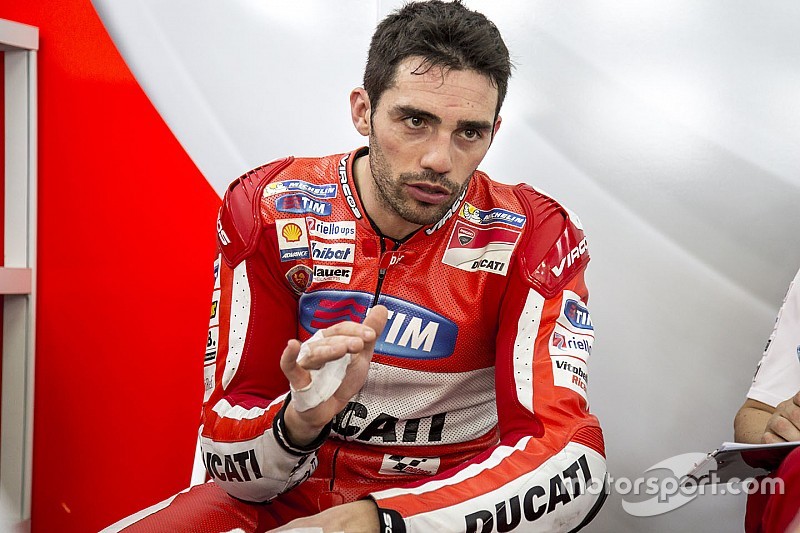 Ducati tester Michele Pirro will make his fourth appearance of the MotoGP season this weekend at Mugello on a third works Ducati.

The 29-year-old Italian, who deputised for the injured Danilo Petrucci at Argentina, Austin and Jerez, will race the 2016 Desmosedici GP for the first time this season alongside regulars Andrea Dovizioso and Andrea Iannone.

It marks the third year in succession the Bologna marque has fielded an extra works bike at Mugello for Pirro, who finished eighth in his one-off appearance last season.

“I am happy to race at Mugello with the Desmosedici GP and with my team, seeing as we’ve always done some good races together," said Pirro.

"My bike will have the same configuration as those of the factory team and so we will try and be quick and competitive, as we showed last year."

Pirro currently sits 16th in the points standings with a best finish of eighth at Austin.

Ezpeleta: "The Rossi-Marquez controversy didn't benefit MotoGP at all"