Pirro thinks Honda may be behind wildcard ban

Ducati test rider Michele Pirro says the ban on MotoGP wildcards this season is unfair, and suspects the decision could be related to Honda not wanting Jorge Lorenzo to race a Yamaha.

The decision to stop manufacturers entering extra bikes in certain races during the coronavirus-delayed 2020 campaign was announced last week by the Grand Prix Commission, to help keep trackside personnel numbers to a minimum.

It means that Jorge Lorenzo will be unable to ride a third factory Yamaha in the postponed Catalan Grand Prix as planned, but also disrupts the plans of other manufacturers which in recent years have tended to field their test riders as wildcards several times a year.

One of those is Pirro, who made outings at Mugello, Misano and Valencia in 2019 and was set to undertake a similar programme again this year.

But, speaking to Motosprint, the Italian lashed out at the wildcard ban, and insinuated that it could have been influenced by Honda not wanting its 2019 rider Lorenzo - who retired from MotoGP last year, only to almost immediately take up a Yamaha testing role - to race for its traditional Japanese rival.

"I'm very disappointed," Pirro said. "Making a decision of this magnitude so far in advance is, in my opinion, not right.

"I don't know if it's a way to make someone pay for something, but I don't think it's fair.

"I can understand a decision taken a month before [the season], but we don't know yet when the championship will start and how many races will be held.

"Maybe Honda wants to make Lorenzo pay for going to Yamaha, but I'm not Lorenzo, who has earned a lot of money and can stay at home. I think I still have a lot to give in MotoGP."

Among other manufacturers, Suzuki's Sylvain Guintoli and Aprilia's Bradley Smith both made four starts each last year, as did Honda tester Stefan Bradl. 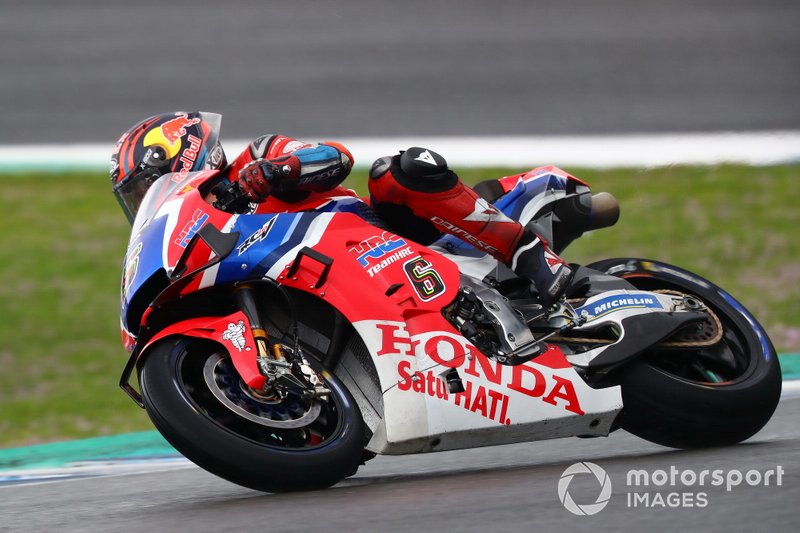 Asked for his opinion on the wildcard situation, Bradl took a more sanguine view than Pirro, saying he understood the reasons for not being allowed to race this year.

"It's a bit of a pity because I would have liked to have raced two or three times this year," Bradl told Red Bull-owned TV channel Servus.

"Now it is extremely quiet. This also creates uncertainty about how things will continue. But in the end we hope that [racing] will resume soon and that I will have a little bit of work to do as a test rider again."

Ducati contract talks with Dovizioso at a standstill