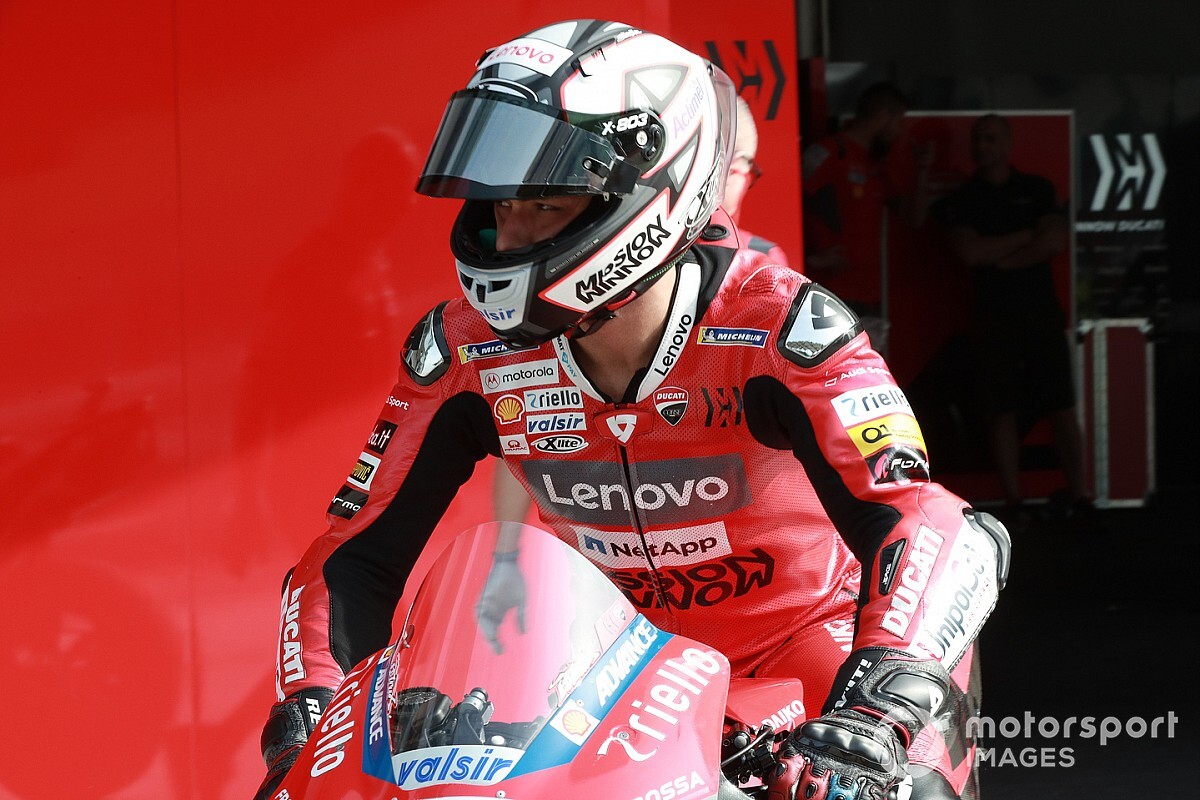 Ousted Ducati MotoGP rider Danilo Petrucci would be "competitive right away" in World Superbike if he chose to switch to the series in 2021, according to his former team boss Francesco Guidotti.

Petrucci clarified earlier this week that Jack Miller's promotion to a factory ride with Ducati in 2021 has left him without a ride with the Borgo Panigale marque.

Although the one-time grand prix winner has been linked to a switch to Aprilia next season should Andrea Iannone's appeal against his doping ban fail, Petrucci is likely to be given the option of joining to the works Ducati team in WSBK next year.

According to Guidotti, who was Petrucci's boss at Pramac from 2015 to '18, the Italian rider would be able to move to the series and trouble the established front-runners immediately, much as Alvaro Bautista did when he switched to WSBK last year.

"I think Danilo can go there and be in the lead group right now," Guidotti told Motorsport.com. "But I still wish he can have a place in MotoGP.

"I think he's still worthy of being in MotoGP, but after six years on Ducati maybe he needs to challenge himself a little bit with another bike and find new motivations.

"However, if he had to go to World Superbike with the factory Ducati team, which would be a fallback option of a high level, he would be competitive right away."

Guidotti added that a return to Pramac for Petrucci would have served no real purpose for either party, despite his strong relationship with the 29-year-old.

"Danilo has been with us for four years and there has been a gradual growth," he said. We also took some good satisfaction out of it, because he did six podiums with us.

"So let's say that for us it's a cycle that lasted a long time, because four years in a satellite team is a long time, then it ended with him moving to the factory team.

"For him the cycle ended in the best possible way. A comeback would be a bit like trying to reheat soup, but [on a personal level] I have a great relationship with him."

Marquez's arrival had been planned for 2021

Motorsport.com reported on Wednesday that Moto2 rider Jorge Martin has reached an agreement with Ducati to replace Miller in 2021.

Speaking before that deal was reached, Guidotti clarified that the original plan was to field Alex Marquez alongside Francesco Bagnaia next year, before the 2019 Moto2 champion was given the call-up to replace Jorge Lorenzo at Honda in 2020.

"He had already been contacted by Petronas to do Moto2 and then move up to MotoGP, but Yamaha told him that it would not be possible," said Guidotti of Marquez.

"In Honda it seemed that there was no place for him and even Marc had always said that he didn't think the RC213V was the ideal bike for a rookie. Suzuki was not available and so they came to ask if we had availability from us.

"We had been planning it for him from 2021 so there would be time to talk about it. Then that gaping hole was created in Honda [by Lorenzo retiring] and I think Alex was right to fill it, because you never know what can happen.

"If there is a chance to get into MotoGP, for me the best thing to do is to take it, whatever the bike or whatever the team is."